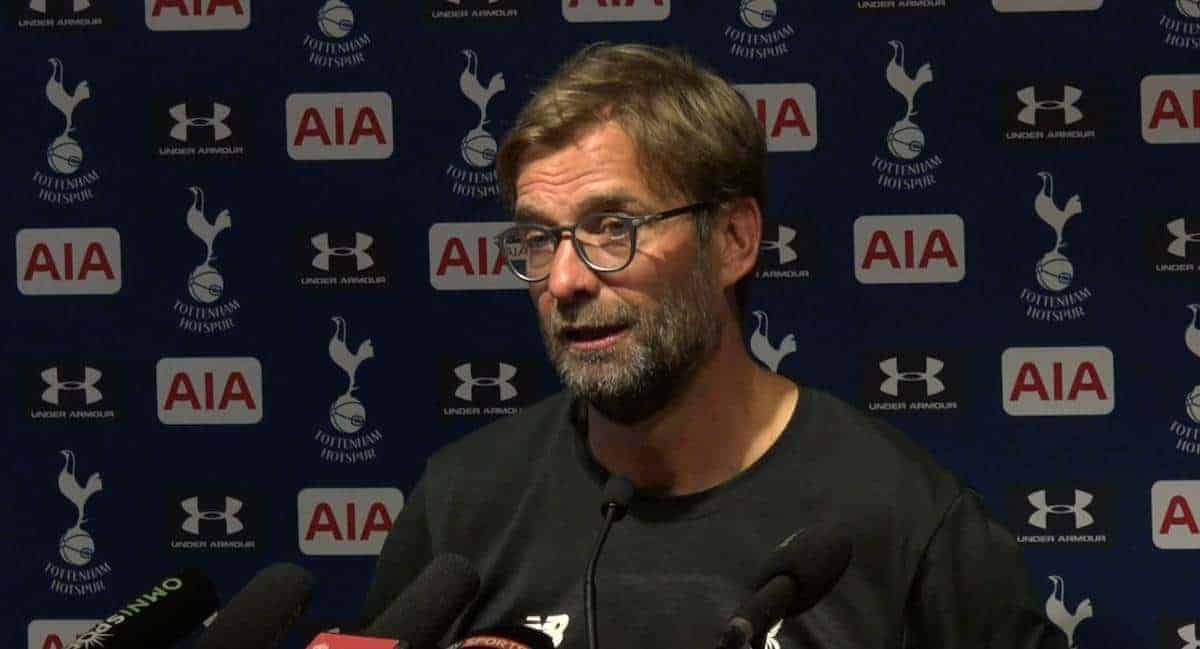 Watch Jurgen Klopp reflect on Liverpool’s 1-1 draw at Tottenham in the Premier League.

“There weren’t many chances for a footballing side like Tottenham,” assessed Klopp. “We had chances, even one in the 92nd minute.

“This game showed what we can do. It’s not only about pressing, we were really flexible in offensive defending, and played football.”

“We showed again that we can be really good, and that’s what we have to show in each game, and then everything will be good.”

Liverpool have won one, drawn one and lost one of their opening three games, with a two-week international break before their first home game of the season against Leicester City.

“Four points from three games is not what I wanted,” admitted Klopp.

James Milner was again played at left-back, with Klopp saying: “He still needs to learn, we have to work on it, but in the end we were convinced he could play the position.

“That’s why we didn’t sign a player in this position.”