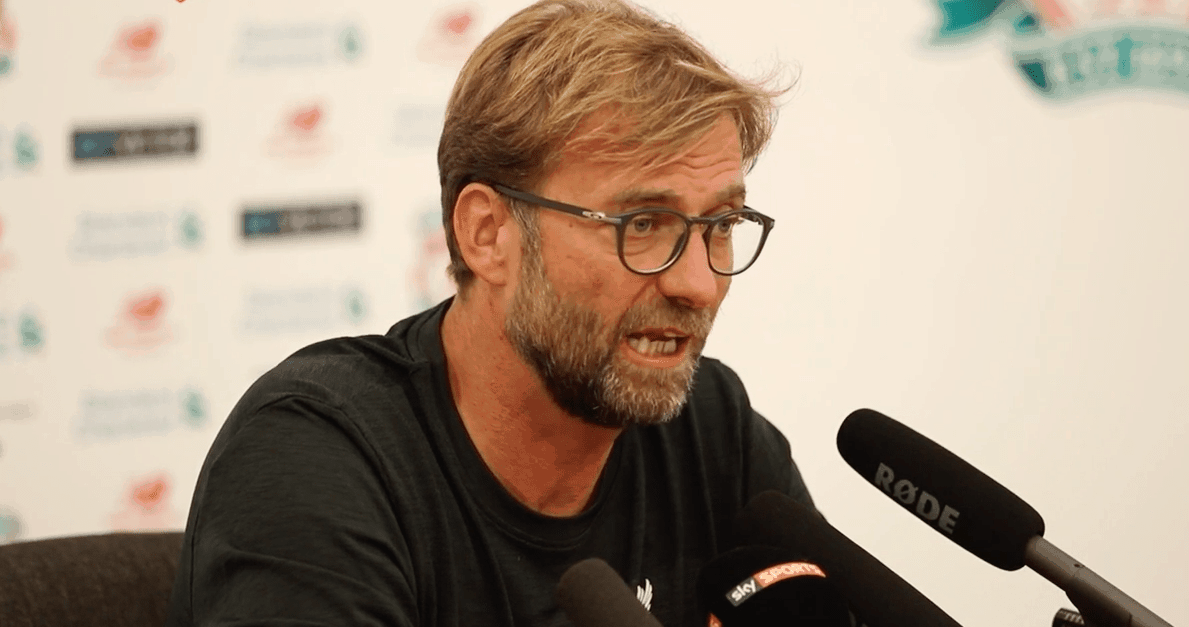 The football is back! Jurgen Klopp had his first pre-match press conference of season 2016/17 on Friday, previewing the Reds’ opener at Arsenal.

The boss discussed new signings, how pre-season has gone, the fitness of injured duo James Milner and Daniel Sturridge, and his hopes for his first full campaign in charge at Anfield.

Apologies for the sound quality in this video, we’re working on making press conference video much improved this season!