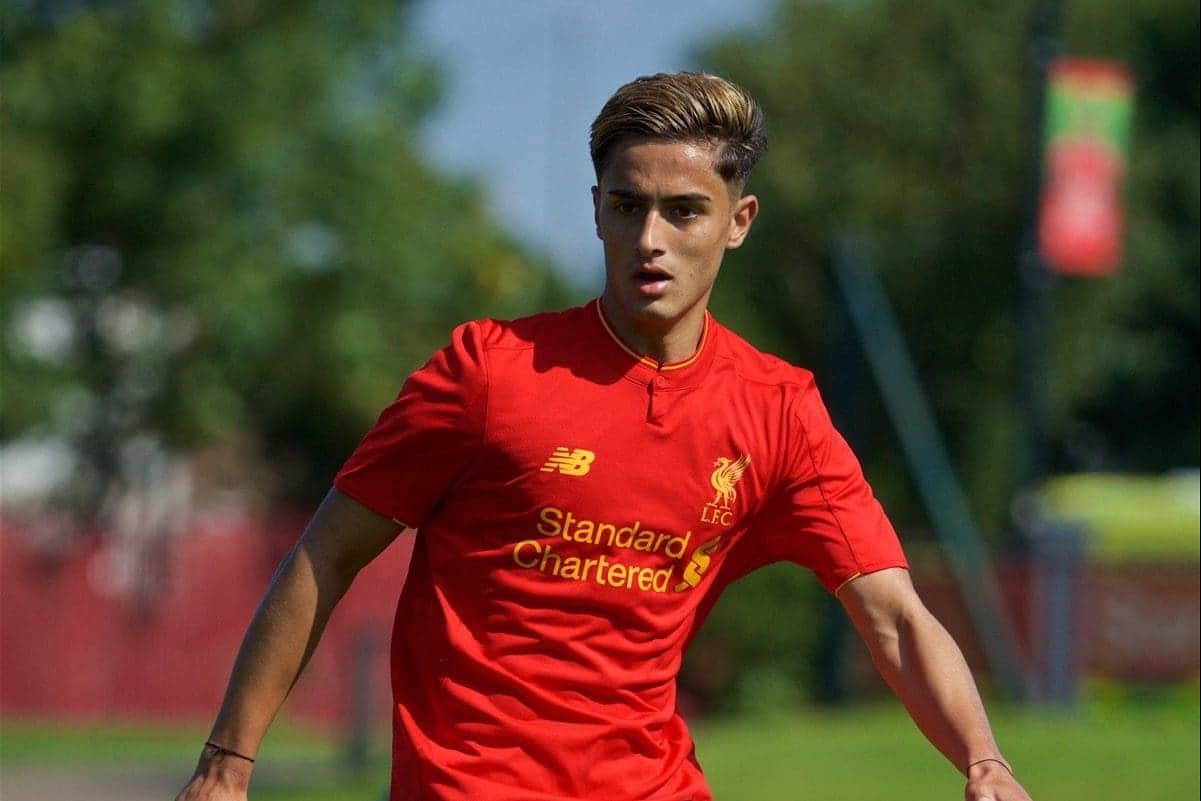 The 17-year-old, who has recently returned from a long-term ankle injury suffered in training in April, played a starring role in the young Reds’ derby win at Altrincham.

Kamil Grabara, the Polish goalkeeper who trained with Jurgen Klopp‘s first-team squad this week, took up his place between the sticks, behind a back four of Harvey Whyte, Mich’el Parker, Conor Masterson and Adam Lewis.

Herbie Kane joined Liam Coyle in a two-man midfield, with the U18s dominating after a bright start from United, inspired by the effervescent Dhanda.

Dhanda put Liverpool ahead on 20 minutes, powering a low strike into bottom corner from outside the area, before sealing a two-goal lead shortly after, following a great run into the box. United attacker Indy Boonen pulled back a consolation effort in the second half, but Grabara, Masterson and Parker were all in fine form at the back for the Reds.

Critchley’s side are now second in the U18 Premier League, level on points with leaders Derby County after two games played.

They next take on Manchester City on August 27 at the City Football Academy, kicking off at 11am.

With Dhanda returning to fine form as the 2016/17 campaign, and the likes of Adekanye and Gomes set to take up starring roles following a reshuffle of the ranks, Critchley can look forward to a positive season.