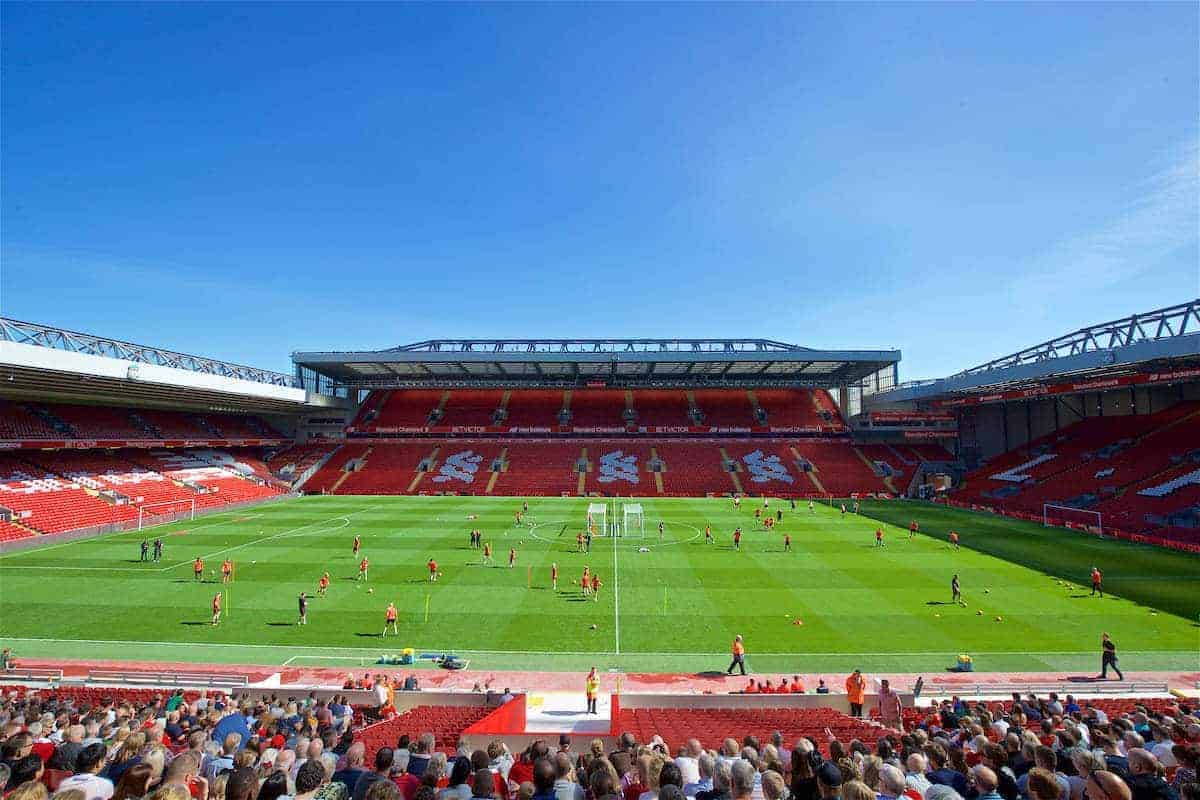 Anfield’s new capacity has been confirmed as 54,074, lifting Liverpool above Sunderland and Newcastle United in terms of stadium size.

The Reds’ home previously held 45,362 people, but with the expansion of the Main Stand this summer, over 8,000 seats have been added.

Liverpool confirmed the new capacity on Friday morning, ahead of the official unveiling, attended by owners John W. Henry and Tom Werner.

Henry and Werner, founders of Fenway Sports Group, have overseen a big-money redevelopment this summer, with Anfield now significantly improved on its previous form.

The duo will be hoping this will provide Jurgen Klopp‘s side with a platform to achieve future success, with the stadium now the sixth biggest in England.

Wembley Stadium is, of course, the biggest, holding 90,000 supporters, while West Ham United’s newly inherited ground is fourth, with the Olympic Stadium boasting a capacity of 60,000.

Speaking ahead of the unveiling of the new Main Stand, Klopp said that the new-look Anfield, and its increased capacity, will give his side “more power.”

“The day before yesterday was my first time at Anfield since the Chelsea game [in May],” he told reporters on Thursday.

“It’s really impressive. An outstanding job, when you stand in front of it—it’s really amazing.

“It’s a good place, a good moment, the champions coming.

Liverpool will play their first home game of the season on Saturday evening, when they welcome Premier League champions Leicester City to Anfield.

As ever, This is Anfield will be providing live coverage of the clash, which kicks off at 5.30pm (BST).