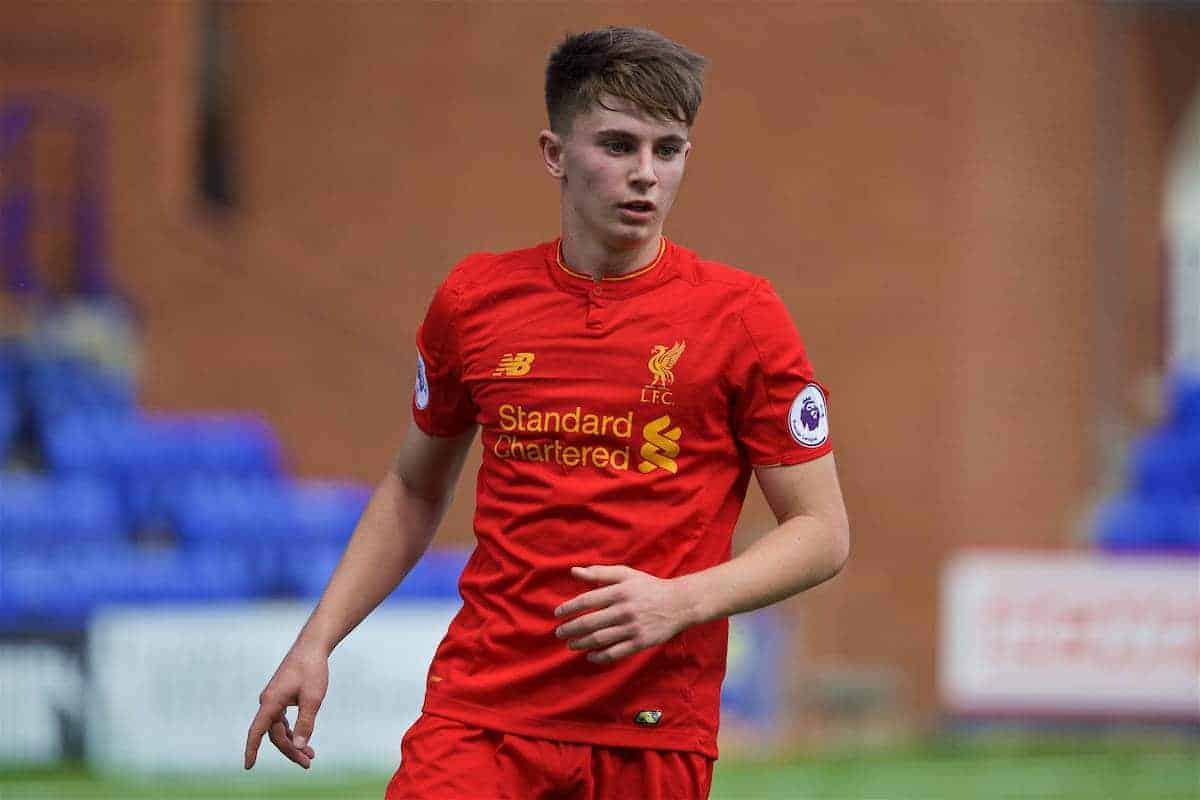 After the U18s sealed a 3-1 win over Stoke City on Saturday morning, and the first team followed that up with a 4-1 mauling of Leicester later that evening, the U23s took on the young Foxes on Sunday afternoon.

Welcoming Steve Beaglehole’s side to Tranmere for their Premier League 2 clash, Liverpool lined up in a strong starting selection, buoyed by a host of senior stars.

Alongside Woodburn in attack were U23s captain Harry Wilson and first-team striker Danny Ings, who continued his push for full fitness ahead of a return to Jurgen Klopp‘s squad.

Taking on a disappointing Leicester side, Michael Beale’s Liverpool dominated from the first whistle.

Inspired by the untouchable Woodburn, the Reds were able to pair patient buildup play with real incision in the attacking third, with the young forward combining well with Ings. Ings got the scoring underway soon after kickoff, tapping home following great work from Woodburn down the left, before the 16-year-old turned goalscorer to convert Alexander-Arnold’s low cross less than 15 minutes later.

It was Woodburn’s persistence that led to Wilson’s strike, Liverpool’s third, too, chasing down a loose ball which eventually fell to the Wales U21 international for an easy finish.

Wilson and Alexander-Arnold then combined to tee up Ejaria for the young Reds’ fourth of the afternoon, with the former clipping a clever ball over the Leicester defence to set up a diving header.

Ejaria and Chirivella were both in fine form in the midfield, with the latter going close to adding a fifth in the second half, while Alexander-Arnold also stood out at right-back.

With the composure of Ilori and Stewart in the centre, Liverpool were able to control the contest throughout, as the Reds played out a quieter second half to seal a 4-0 victory. Klopp watched on from the stands at Prenton Park, and the German will have been impressed with what he witnessed.

Beale’s lineup was predominantly made up of players either currently on the fringes of the first team or boasting a near-certain opportunity to establish themselves in the future.

At the forefront is Woodburn, whose name will likely headline U23s clashes throughout 2016/17.