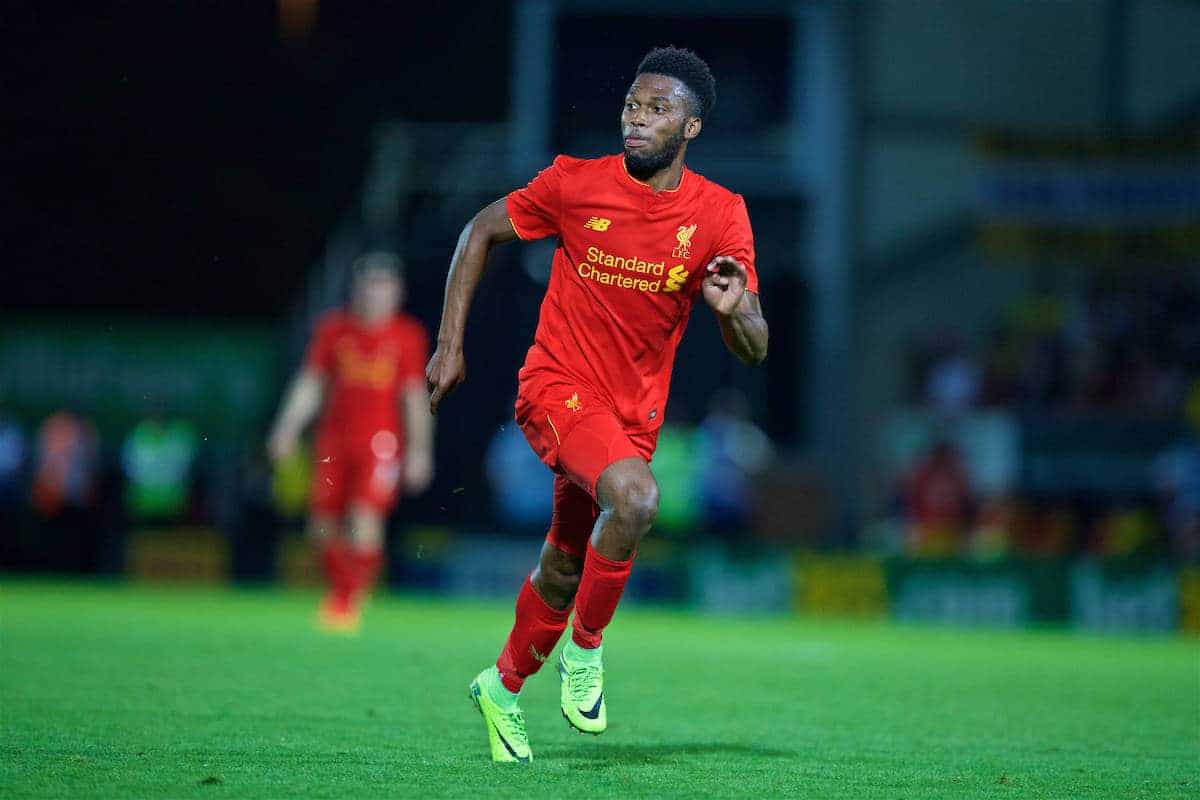 Jurgen Klopp has named a formidable starting lineup for Liverpool’s first outing at the new-look Anfield, with the Reds taking on Leicester City.

The Reds welcome the Premier League champions to Merseyside for their first home game of the season, following a summer of renovation at Anfield.

Over 8,500 seats were added to the stadium’s Main Stand, ensuring Liverpool’s biggest home crowd since 1977.

After taking four points from three games to kick off 2016/17, Klopp has fielded a strong side in search of a victory at Anfield, with Joel Matip, Georginio Wijnaldum and Daniel Sturridge all included.

Simon Mignolet keeps his place in goal, despite Loris Karius‘ return from a broken hand, with the Belgian marshalling a back four of Nathaniel Clyne, Joel Matip, Lucas Leiva and James Milner.

Lucas comes in to deputise for Dejan Lovren, who misses out with an eye injury.

With Emre Can also out injured, Jordan Henderson takes up position at the base of Klopp’s three-man midfield, flanked by Wijnaldum and Adam Lallana.

Philippe Coutinho was left to settle with a place on the substitutes’ bench after a late return from international duty with Brazil, leaving Sturridge to take his place in attack alongside Roberto Firmino and Sadio Mane.

Karius makes his first appearance of the season on the bench, along with Coutinho, Ragnar Klavan, Alberto Moreno, Kevin Stewart, Marko Grujic and Divock Origi.