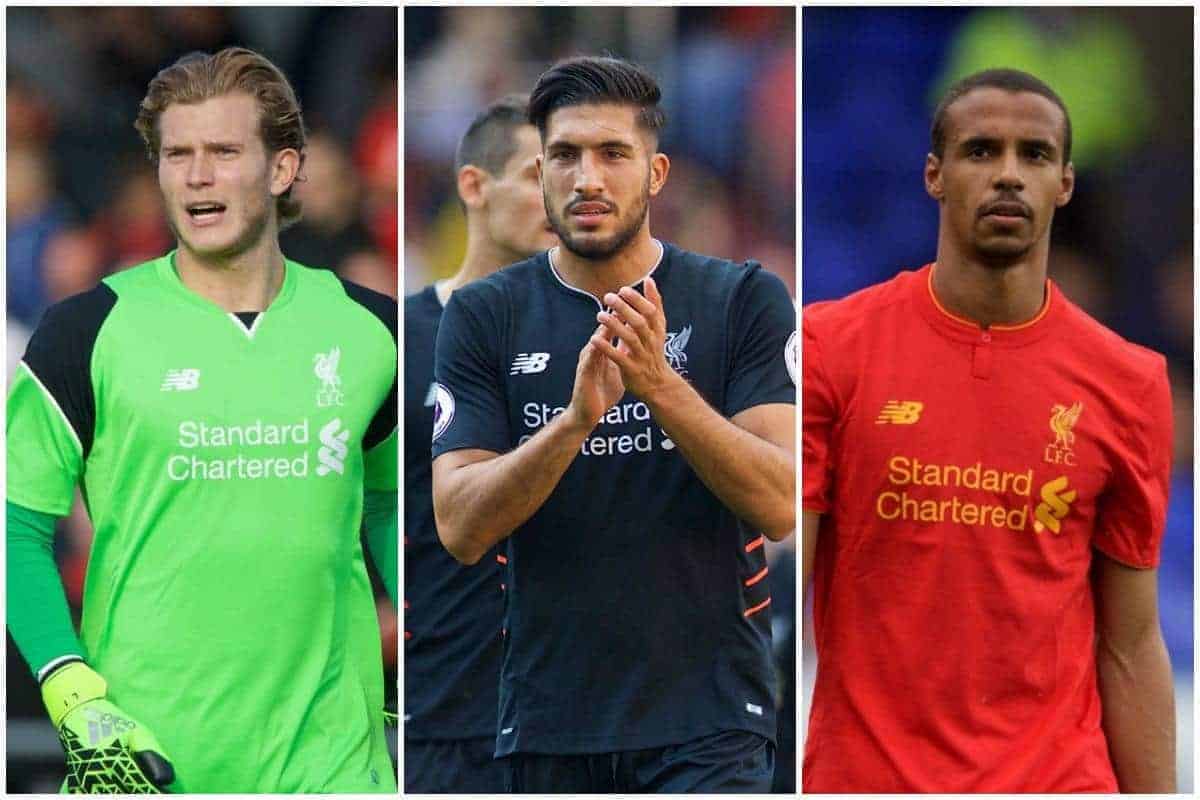 Liverpool midfielder Emre Can has hailed the signings of two familiar players from his time in the Bundesliga, Loris Karius and Joel Matip.

The duo left Mainz 05 and Schalke 04 respectively this summer, as part of a seven-man recruitment drive by Reds manager Jurgen Klopp.

This saw Klopp draw further upon his knowledge of the German top flight, having spent the rest of his career in his homeland with Mainz and Borussia Dortmund.

Matip joined on a free transfer, announced in February, while Karius’ £4.7 million move was confirmed in May.

The pair are yet to fully adjust to life in the Liverpool first team having both suffered with injury since their move to Merseyside, but speaking this week, Can hailed them as “very good” signings.

“Matip is very good for the side,” Can explained of the Cameroonian.

“He’s very good on the ball. He was a leader at Schalke and played many years there. I think you need a player like him.

“He liked him a lot and that’s why he brought him here to Liverpool.”

Karius, who is still recovering from a broken hand suffered during pre-season, has played with Can in Germany youth sides on previous occasions, and the 22-year-old believes he will be another solid addition.

“I know Loris from the national team, but I didn’t play too often with him,” Can continued.

“He is a very good goalkeeper. The standard in Germany is very high and in the last two or three years he made very big steps in his career.

“He has been a little bit unlucky with the injury, of course, but he will come back and do very well.”

Both Matip and Karius are likely to take up key roles in Klopp’s first-choice starting lineup this season, with Can also favoured as a major component in the midfield.

Acknowledging their importance to the side in the future, Can is clearly impressed with what he has seen from the duo.

When they get truly up and running, with Can himself still short of full fitness, they can prove to be crucial players within Klopp’s new-look Liverpool side.