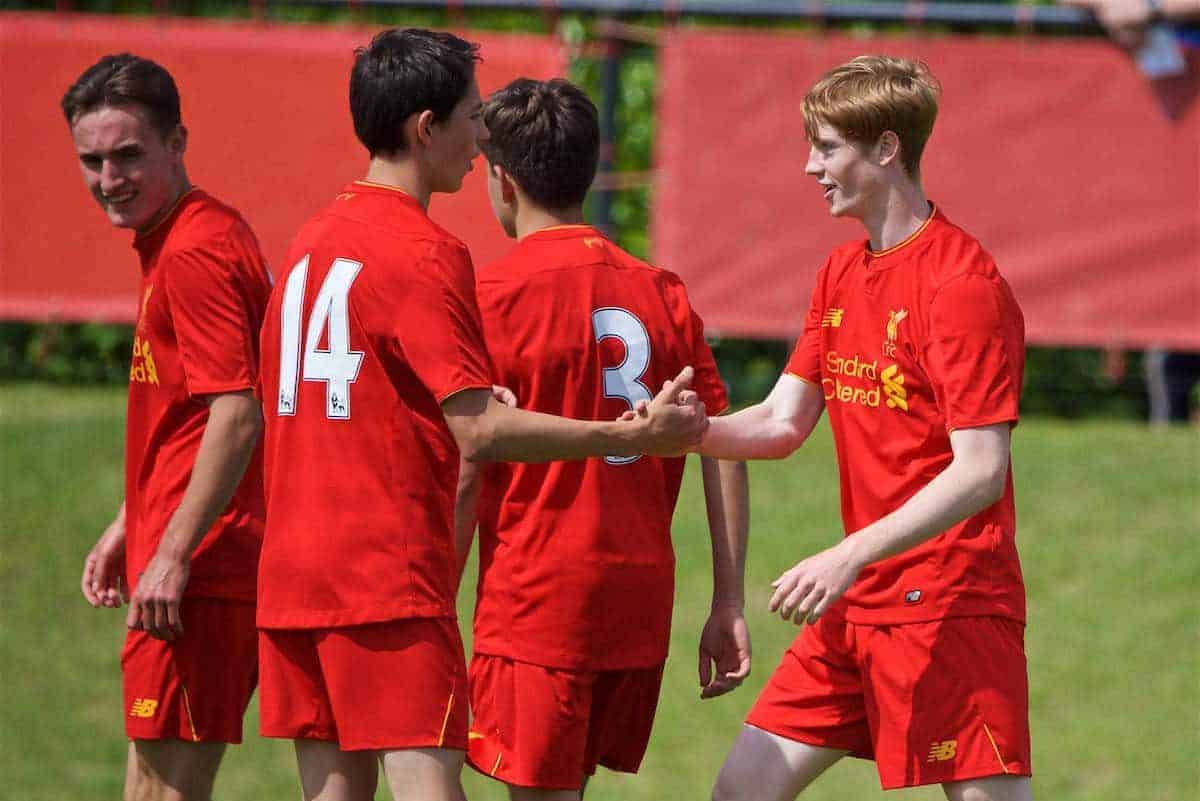 A brace from Irish forward Glen McAuley helped seal a 3-1 win for the Liverpool U18s at home to Stoke City on Saturday.

The young Reds kicked off a triple threat of Merseyside action over the weekend, welcoming Stoke to Kirkby for a Saturday morning clash.

Neil Critchley named a strong starting lineup, including Polish goalkeeper Kamil Grabara, who trained with the first team at Anfield on Thursday afternoon.

Grabara took up his place behind a back three of George Johnston, Conor Masterson and Mich’el Parker, with Rafael Camacho joined by Adam Lewis, Liam Coyle and Jordan Hunter in midfield.

Rhian Brewster, who spent the international break training with the first team alongside Camacho and the likes of Roberto Firmino and James Milner, formed a three-man attacking line with McAuley and Canadian striker Liam Miller.

Lewis, operating in a roving wing-back role, provided the creative inspiration throughout, setting up both of McAuley’s goals as Liverpool imposed themselves on their home turf.

McAuley’s first came at the back post, touching home Lewis’ excellent cross, before he showcased his technique touching down a long pass and volleying in on the move to make it 2-0.

Stoke’s misery was compounded as 16-year-old defender Scot Wara was sent off for a last-ditch challenge on Miller, handing the Reds a further advantage.

However, it was the Potters who struck next, with Jordan Greenidge scoring what proved to be a consolation goal after Grabara’s great save ended up in his path.

But Brewster sealed Liverpool’s victory with a strike in the closing stages of the second half.

Lewis and McAuley are two of the latest youngsters to impress at U18 level, with Critchley’s squad littered with emerging talent.

With the likes of Grabara, Masterson, Brad Garton, Caoimhin Kelleher and Toni Gomes all given opportunities in the U23s already this season, and Ben Woodburn receiving pre-season recognition in Klopp’s senior squad, the pathway to the first team is open for Liverpool’s young stars.