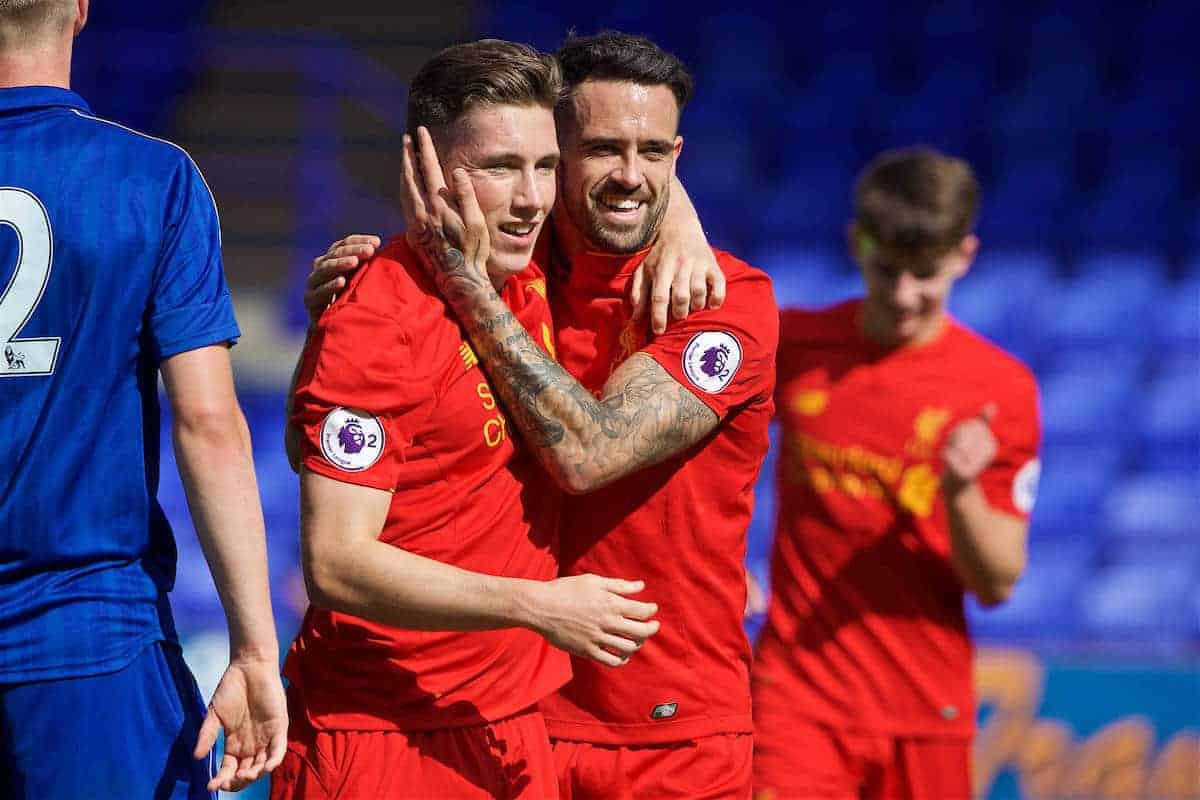 Alongside Pepijn Lijnders in the stands, Klopp was noticeably impressed as the U23s performed, no doubt planning their progress to the first team.

Wilson provides an interesting prospect at 19, and after captaining the U23s to another win, is hoping to have emerged on Klopp’s radar.

“It’s great to see the manager coming down and watching us,” Wilson said after the game.

“It gives us a chance to show him what we can do. And if we play well, we can hopefully get into his plans.

“It’s always nice to get a goal and an assist and help the team.

“Even in general play, I think in the whole team a few players could have got more goals today. We all played well.” Wilson struggled with a pair of broken toes in 2015/16, following a disappointing loan spell with Crewe Alexandra, but has returned to a starring role with the U23s this season.

While the likes of Lloyd Jones, Jack Dunn and Sam Hart, Wilson’s team-mates over the years in the Liverpool academy, have been sent out on loan, that he has remained on Merseyside is encouraging.

If he continues to impress, along with Woodburn, Ejaria and their fellow youth stars, he could be given a call-up at some point this season.

Able to operate along the forward line, and boasting a great technical ability, Wilson could feasibly slot in to perform a number of roles in Klopp’s attack.

Without European football in 2016/17, opportunities for young players will be fewer, but in the League Cup, for example, Wilson would hope to feature.

The Reds next outing in the cup comes away to Derby County on September 20, four days after Friday’s Premier League clash at Chelsea‘s Stamford Bridge.