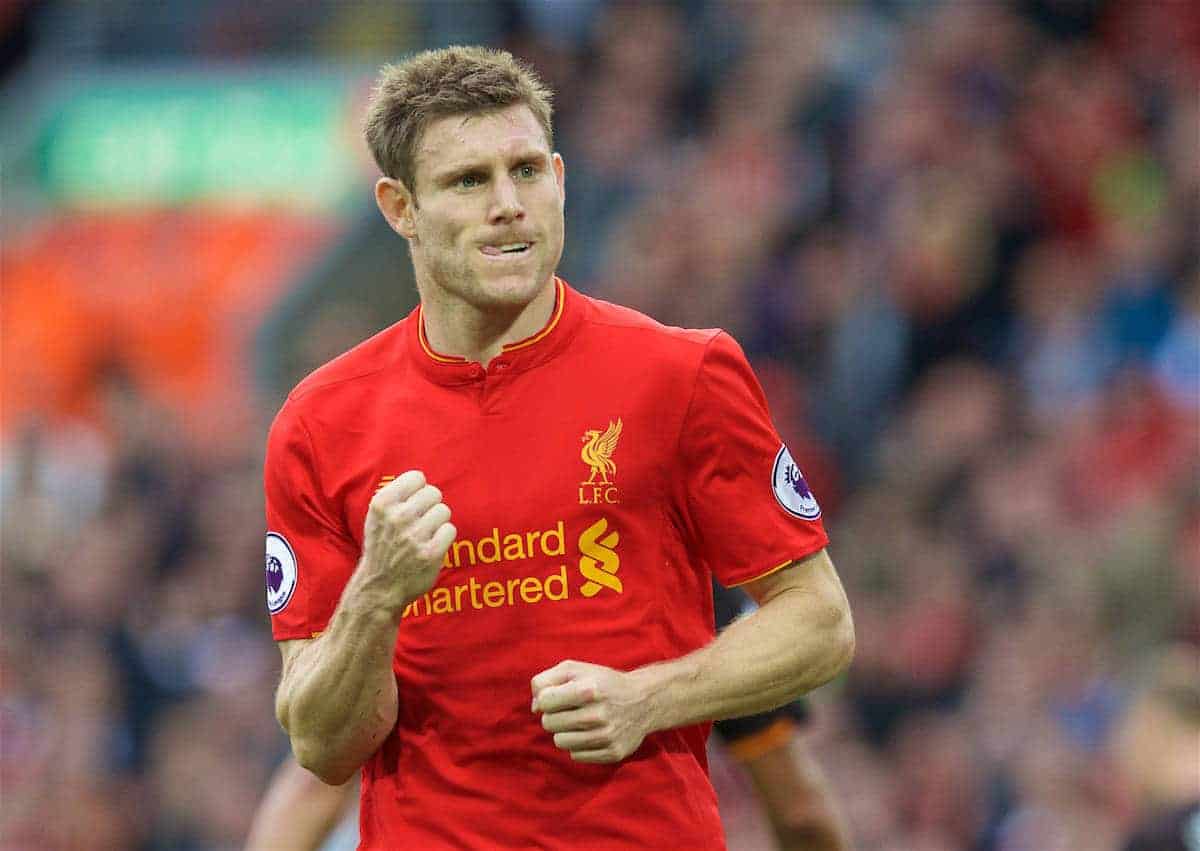 Vice-captain James Milner believes Liverpool are a different team this year as their momentum begins to increase with improved consistency.

The 5-1 win over Hull was a fourth win in six Premier League matches, with the 2-0 loss at Burnley the only blot on their record.

Last season they tended to raise their game for the big matches against their rivals but struggled to put away lesser teams, especially at home.

That does not appear to be the case so far as Hull, reduced to 10 men when Ahmed Elmohamady was sent off midway through the first half, were swept away with ease.

“We knew that is where we could improve against teams that sit back a bit more but I’m seeing a different team this year, completely different to last year,” Milner said.

“The performance in every game you know it is us that were playing – even Burnley wasn’t too bad a performance, it was the final third that let us down.

“Consistency has been really good and you look down the squad list and the quality is unbelievable.”

Milner believes the strengthening Klopp did in the summer, bringing in seven new faces, has made a huge difference.

“If you don’t perform the shirt will be taken off you and someone will else get the chance and you don’t know how long they will have that shirt,” he told LFC TV.

“That is really pleasing. You need that competition for places to drive each other on and hopefully we can keep improving as a team.”

Milner is something of a lucky charm when it comes to the Premier League. No club he has played for has ever lost when he has scored but, remarkably, his penalty double against Hull was the first time in his career he had scored twice in a league match.

His role has changed significantly this season as he has been asked to fill in at left-back because of the erratic performances of Alberto Moreno but, ever the professional, the 30-year-old has adapted particularly well.

“It is good, what I thought would happen when he plays the role,” was Klopp’s assessment. “We didn’t want to make him a left full-back and think ‘Probably he will struggle’.

“That was a really good performance. He was not a left full-back in the last season.”

Milner’s displays have been so good it has had the desired effect on his only rival for the spot.

“One of the best players in training in the last few weeks is Alberto Moreno,” Klopp said. “He took the situation brilliantly and responded. It is all good.”

Liverpool swept aside Hull in 19 first-half minutes as Adam Lallana, Milner – scoring after Elmohamady was sent off for handball – and Sadio Mane converted three of the many chances created.

Substitute David Meyler’s goal just after the break was cancelled out immediately by a screamer from Philippe Coutinho before Milner rounded things off after Daniel Sturridge, with his first involvement after coming off the bench, won another penalty.