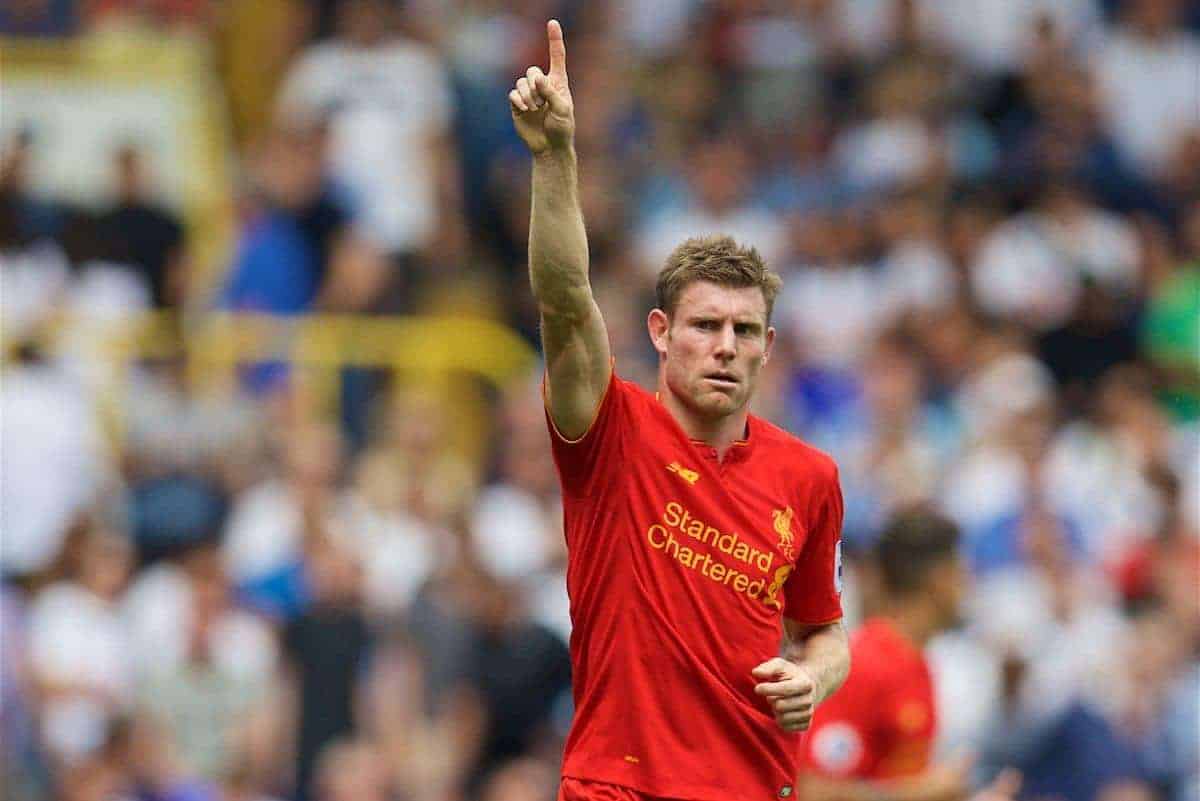 Though it is far from his ideal role, James Milner is happy to “sacrifice himself” to perform as Liverpool’s left-back, his agent has explained.

Milner joined the Reds last summer, on the proviso that he would largely turn out in the centre of midfield, but a change of manager on Merseyside prompted a change of plan.

The 30-year-old was largely utilised out wide by Jurgen Klopp last season, but his three appearances in 2016/17 so far have all come at left-back.

This is an unnatural role for Milner, who told reporters in March it was “not a position I want to play,” but speaking to the 5Times podcast this week, his agent, Matthew Buck, underlined his willingness to adapt.

“He has huge respect for Jurgen. He’s 30 but always learning and embracing things,” says Buck, who told how Milner turned down 13 offers from clubs to sign for Liverpool last summer.

“Left-back is a difficult one for him as he’s naturally right footed.

“I wouldn’t say he finds it easy but as people know from his personality and temperament he will always put the team first.

“James wants to contribute to the team and will sacrifice himself in order to give the team the best opportunity to win.

“It’s a fluid system. He got a couple of assists against Burton as he got forward a lot and overlapped. It was the same at Tottenham.

“But you still have to have that discipline to fill in and cover defensively. He’s learning all the time.” Milner took part in a behind-closed-doors friendly clash with Huddersfield Town on Friday afternoon, and while the 2-1 defeat saw him fielded at right-back, it gave him further experience of the role of full-back in general.

The former Manchester City man needs time to adjust to the balance required at left-back, and having retired from England duty this summer, the international break provides that.

His competition for a starting berth, Alberto Moreno, is also at Melwood during the break having been overlooked for Julen Lopetegui’s first Spain squad.

But it seems clear that Klopp prefers Milner as his first choice, and this faith was reinforced as the summer transfer window came to a close on Wednesday night.

Klopp seemingly believes he can develop Milner into a strong option at left-back, deciding against a move for Cologne’s Germany international Jonas Hector, who was valued at £20 million.

Milner certainly has the commitment and backing needed to approach this transition with confidence.

His next test should come against Premier League champions Leicester City, as domestic action returns on September 10 for Liverpool’s first Anfield outing since a summer of redevelopment.