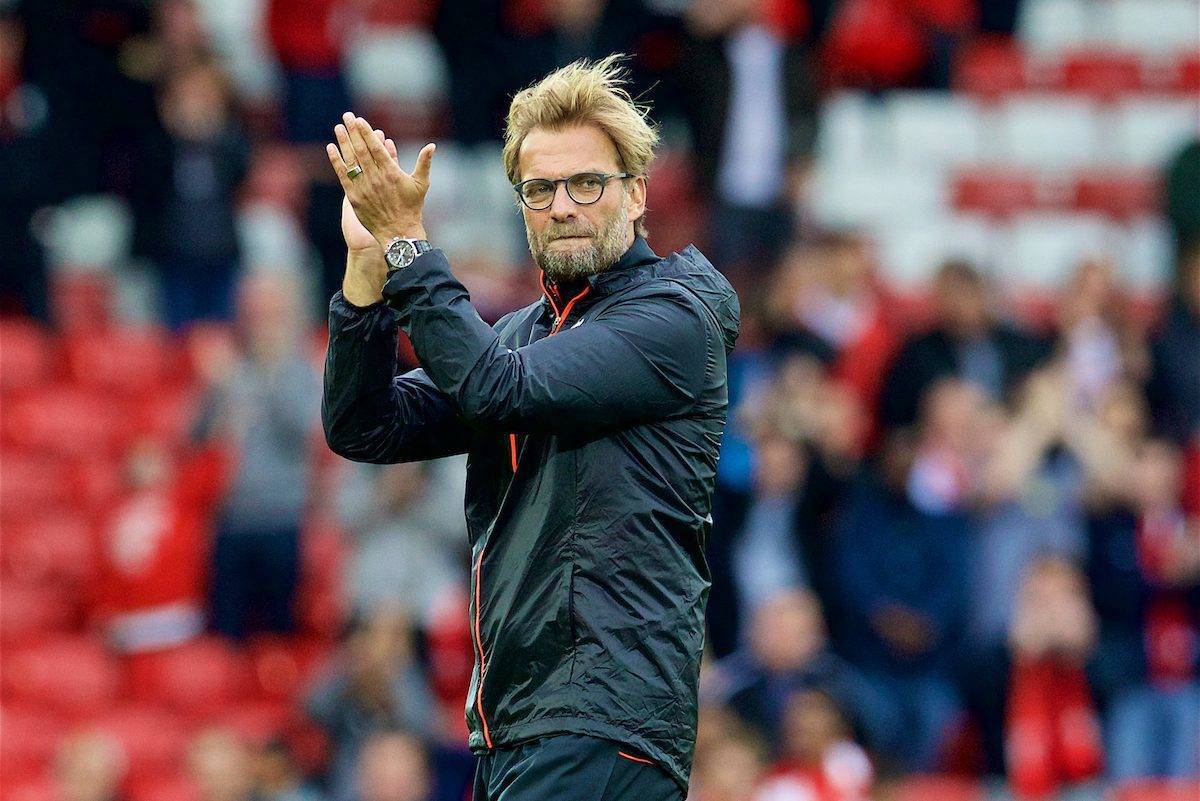 Liverpool manager Jurgen Klopp was satisfied with the 5-1 win over 10-man Hull but was still slightly disappointed the performance fizzled out in the second half.

The hosts cruised into a 3-0 half-time lead through Adam Lallana, James Milner‘s penalty—after Ahmed Elmohamady was sent off for handball—and Sadio Mane.

Tigers substitute David Meyler pulled one back shortly after the break but Philippe Coutinho immediately restored the three-goal cushion before Milner added his second from the spot when Daniel Sturridge was fouled.

“The first half was brilliant, that was how football should be if you are able to do it,” Klopp said.

“In the first few minutes you could really see how strong we could be in counter-attacks.

“I was a little bit surprised of the speed and power of these situations.

“Second half was not as exciting, still good but not at 100 per cent of concentration.

“I don’t want to criticise but I think we could have done better in the second half.

“It was good, but not as good as it could have been.

“We have a lot of things to improve and one is that if you are brilliant you need to be brilliant for 95 minutes.” Klopp woke up to social media buzzing about out-of-favour defender Mamadou Sakho’s 3am Snapchat rant at not being considered.

The France defender, who in the last six months has failed a drugs test and been sent home from the pre-season tour of the United States because of concerns over his attitude, hit out at what he sees as his marginalisation at Anfield.

“Now it’s three weeks since I am fit to play games. They don’t want me to play also with second team lol! Why I don’t know,” the centre-back, who rejected Klopp’s advice to go out on loan in the summer window, wrote.

“I accept my situation but I can’t accept the lie…The fans deserve to know the true! [sic]”.

The outburst cut no ice with Klopp.

“I was confronted that maybe it was something I should know about. On matchday I am in a wrong mood to know about it,” said the German.

“It is not the right moment to speak about it. It makes sense to think about something and then you give the right answer. It is not positive, I would say.

“I think I address the situation when I think is the right moment.” “Yeah, I’ve certainly had better ones but the day is not over yet for me. I will have a drink on my birthday. You have to have one in defeat as well as when you win,” he said.

“I am not going to pick holes in the team or the players. They have come a long way from pre-season and they have got points on the board already.

“We also knew we had a run of three games—Arsenal, Liverpool, Chelsea—that were always going to be difficult but we have to show some kind of discipline and desire.

“Liverpool are flying. You can see their mentality is good. Their workrate is up there with the best.

“They are expressing that desire that they want to achieve something. It is going to be difficult to play against Liverpool in that mood.”