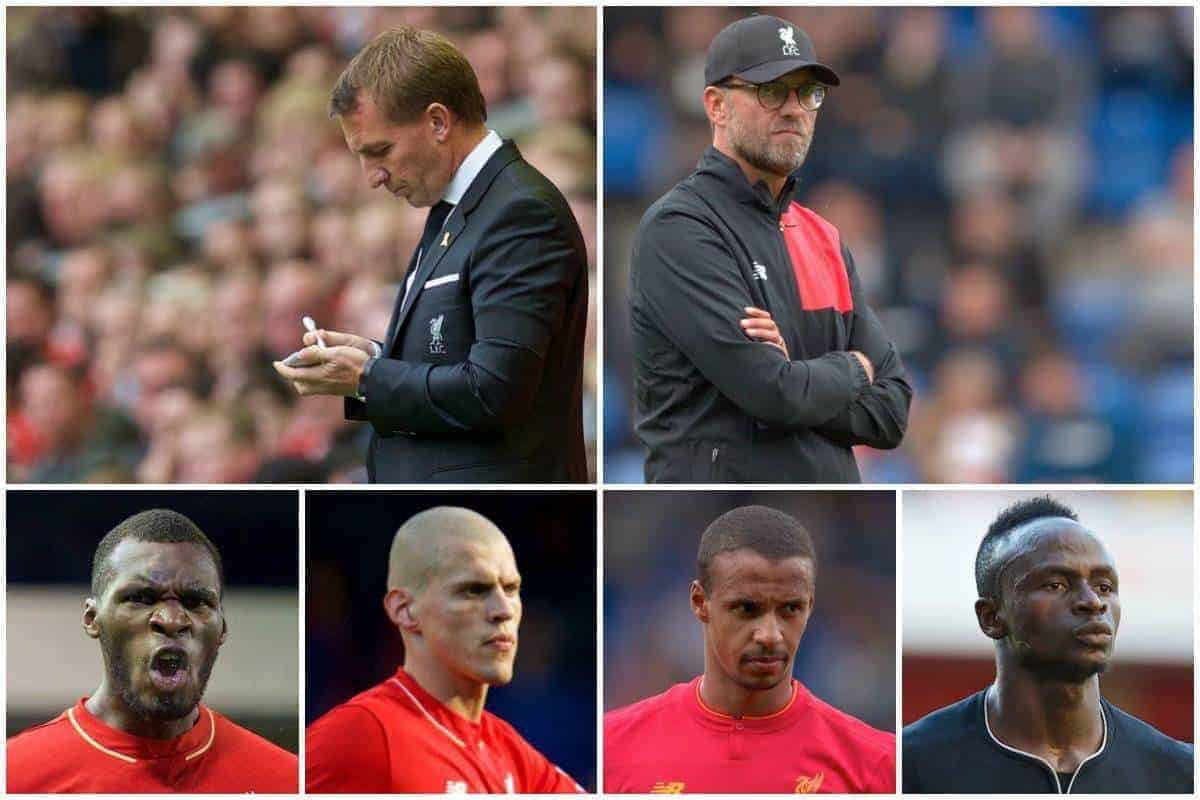 Comparing the Liverpool squad at the end of the summer transfer window in 2015 and 2016 highlights a number of major improvements.

Reds manager Jurgen Klopp has finally nailed down his definitive squad for the 2016/17, after a busy summer on Merseyside.

Thirteen first-team players left along with a plethora of youngsters, while seven new additions were made, as Klopp overhauled the squad inherited from Brendan Rodgers in October.

Liverpool require fewer players for this season, having failed to qualify for European competition, but Klopp has clearly pushed for quality and depth throughout his ranks.

But how does Klopp’s squad on September 1 compare to Rodgers’ at the same point in the season in 2015/16?

(NOTE: Squads assessed from September 1 in 2015 and 2016, with loan and academy players such as Danny Ward and Cameron Brannagan omitted.)

Analysing Klopp’s options in goal, defence, midfield and attack, no area has remained completely the same from last season, highlighting the need for change this summer.

Between the sticks, the £4.7 million signing of Loris Karius from Mainz 05 has revitalised Klopp’s goalkeeping options, with the 23-year-old expected to take up the role of first choice when he recovers from injury.

Furthermore, the addition of Alex Manninger and the retention of Simon Mignolet gives the Reds’ stopper ranks a more healthy feel compared to Mignolet, Adam Bogdan and Ryan Fulton in 2015/16.

Klopp oversaw the departures of three veteran defenders this summer in Jose Enrique, Kolo Toure and Martin Skrtel, while adjusting his options at both centre-back and full-back.

Skrtel (£5.5 million, to Fenerbahce) and Toure (free, to Celtic) were replaced by Joel Matip and Ragnar Klavan, with the incoming duo joining Dejan Lovren, Mamadou Sakho and Joe Gomez, though Sakho’s position is shaky, with the Frenchman having rejected a loan move on deadline day.

Matip in particular represents a significant upgrade on Skrtel, while with Klavan five years Toure’s junior, he provides a more suitable long-term option as third or fourth choice.

Nathaniel Clyne has remained Klopp’s first-choice right-back, but James Milner looks to have been promoted to the role of starting left-back, leaving Alberto Moreno to fill the backup void left by Enrique.

Klopp rejected a loan offer from Preston North End for Connor Randall, requiring the 20-year-old as cover at right-back, having allowed Jon Flanagan to join Burnley for the season. Klopp brought in three new midfielders over the summer in Marko Grujic, Georginio Wijnaldum and Sadio Mane, as well as calling upon Kevin Stewart and Sheyi Ojo as regular first-team options.

This has seen Liverpool’s midfield ranks improved significantly, despite a series of outgoings before August 31.

Mane provides the Reds with a 10th midfield option, despite the lack of European football in 2016/17, and his presence alongside regulars Emre Can, Jordan Henderson, Philippe Coutinho, Adam Lallana and Lucas Leiva ensures a clear upgrade on last season’s group.

For 2016/17, Klopp’s attacking options have largely remained the same, with the £32 million sale of Christian Benteke to Crystal Palace the only alteration to the Liverpool first team.

Benteke made just 14 starts for the Reds following Klopp’s arrival in October, and his absence this season is far from a negative.

Daniel Sturridge, Divock Origi and Danny Ings, backed up by Firmino when required, are excellent options up front, and as is the case across the board, can be considered an improvement on 2015/16 as they continue to develop.