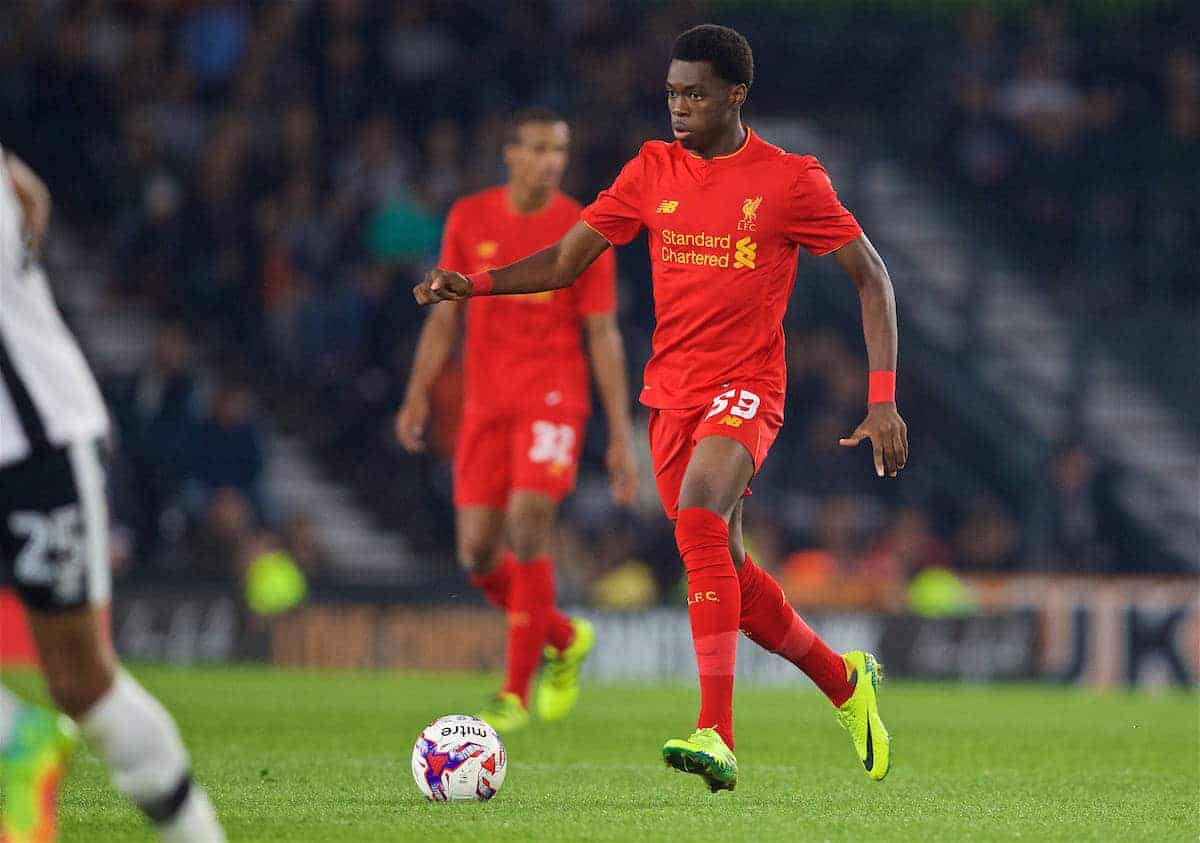 Ejaria, who spent nine years at Arsenal before being released by the Gunners in 2014, replaced Roberto Firmino on 78 minutes.

After nine players from the academy made their debuts for the first-team last season, it was another proud night for under-23s coach Michael Beale, to see another of his players get their chance under Klopp.

Beale, who used to drive Ejaria to training when he joined the club in 2014, told This Is Anfield: “It’s a fantastic achievement for Ovie to make his debut.”

“Great faith is being shown in all the young players by Jurgen and his staff. Again they have shown that if a player has the ability and personality to play for our first team that opportunities will come for them.”

After getting a chance to impress Klopp in pre-season, Ejaria was named on the bench for the trip to Chelsea on Friday night and that has been followed up by his first-team debut at the iPro Stadium.

“Ovie has developed so much since he joined the academy,” praised Beale.

“He has always been a lovely technical player but now he is much more mature in his decision making and in his application to his defensive duties.

“He is a fantastic boy to work with both for his ability and also his desire to learn and improve. This has enabled him to make huge developments in the last 12 months.”

To go from being released at Arsenal aged 16, to making your debut for Liverpool just over two years later shows the tremendous attitude and work ethic of the Londoner.

It also shows the excellent work done by Beale and the academy coaches.

“I am very pleased for him and his family,” added Beale.