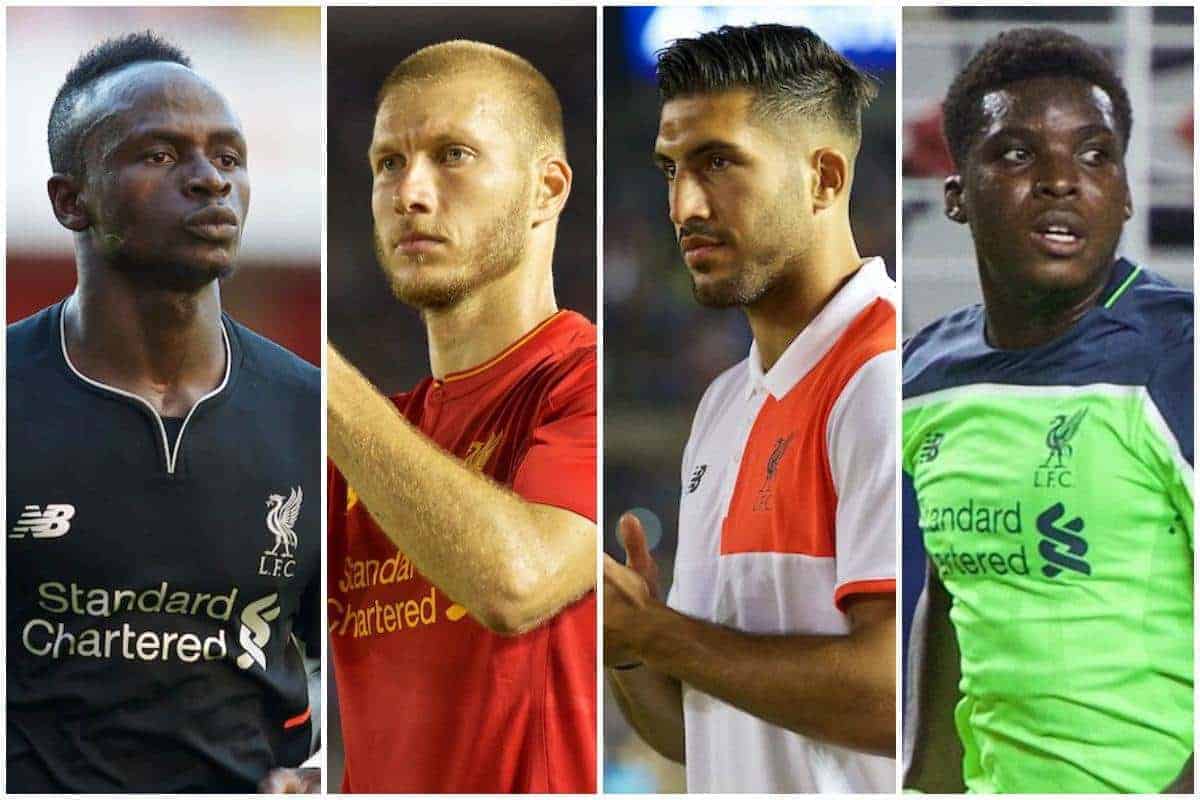 Jurgen Klopp has provided an update on the fitness of four of his Liverpool players, with Sadio Mane in line to start against Leicester City.

The Reds welcome Claudio Ranieri’s side to Anfield on Saturday evening, as they take on the Premier League champions in their first home game of 2016/17.

With owners John W. Henry and Tom Werner present, along with a further 8,500 supporters following the expansion of the Main Stand, the pressure is on Klopp’s side to secure victory.

Fortunately, the German has the majority of his key players fit, as he revealed to reporters on Thursday afternoon, with Ragnar Klavan, Emre Can and Sheyi Ojo his only major absentees.

This came despite fears of injury to £30 million summer signing Mane during the international break, but Klopp refuted these suggestions.

“Mane, I don’t know how it works but it was absolutely nothing. He’s trained completely normal,” he explained.

“Emre is different. In the Burton game, it was a little issue with the ankle.

“It’s much better, but Emre didn’t have the perfect pre-season, a few games now and a two-and-a-half week break.

“[He will] maybe [be] back today or tomorrow but not enough for the Leicester game.

“Ragnar Klavan has a bone bruise, and a little rip—not too deep—around the knee.

“We have to wait, it’s obviously a little bit painful, but we will know more this afternoon.

“Ojo is not in team training until now.

“We have enough players available if nothing happens today or tomorrow. I hope everybody who will play wants to play.”

This leaves Can, Klavan, Ojo and Joe Gomez out for Saturday’s clash with the Foxes, while Mamadou Sakho is unlikely to feature with the centre-back severely behind on fitness.

Klavan’s absence means Lucas Leiva is likely to be the backup centre-back.

Loris Karius has returned to full training after recovering from a broken hand, but it remains unclear whether the German will make his Liverpool debut between the sticks at Anfield.

After taking four points from their first three games in the league this season, Liverpool will be eager to start their home campaign off with a victory.

Despite the absence of Can in particular, Klopp finds himself in a strong position to prepare his side to do so.