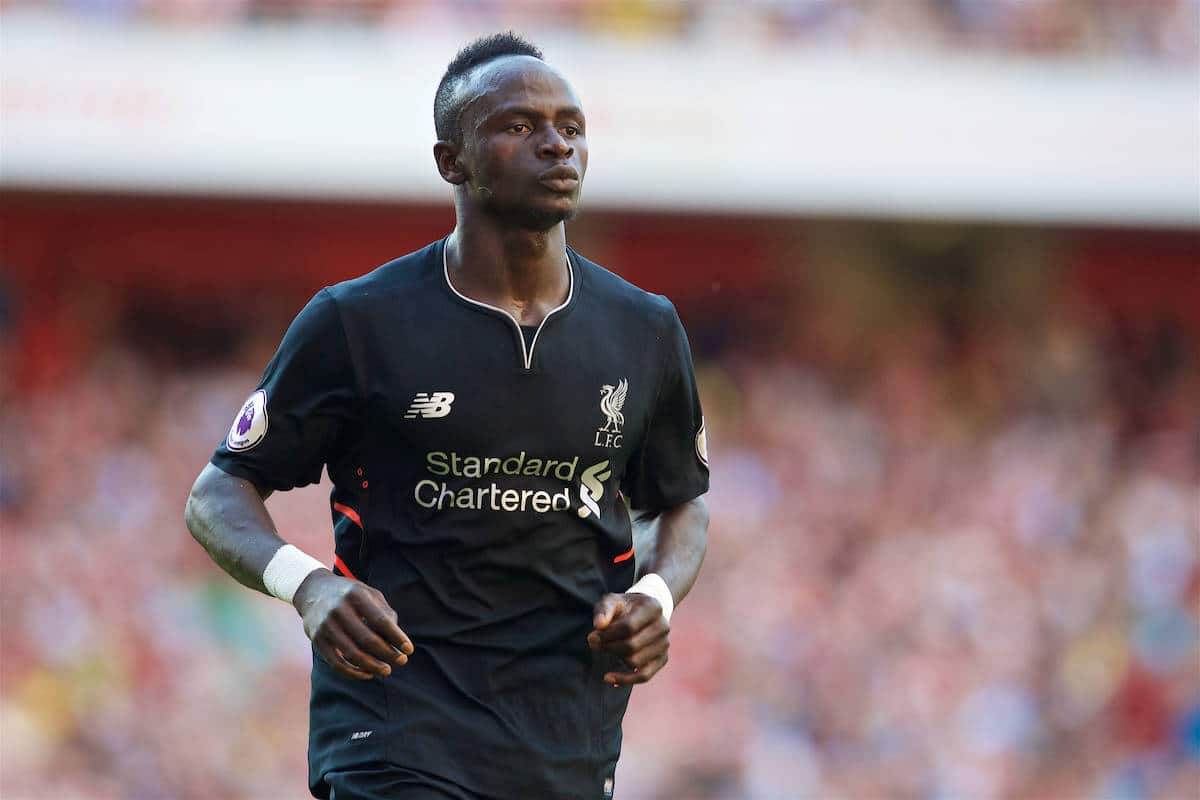 Liverpool winger Sadio Mane was taken off late on in Senegal’s 2-0 Africa Cup of Nations qualifier win over Namibia on Saturday evening.

Aliou Cisse’s side, having already secured their place in January’s tournament, took on the Brave Warriors at the Stade Leopold Sedar Senghor in Dakar on Saturday evening.

This came after their initial qualifier was postponed from last week, instead playing out a 6.30pm kickoff (BST).

Keita opened the scoring before half-time, after some great work from Diouf, before the Potters man made it 2-0 after the interval, sealing a sixth successive qualifying win for Senegal.

Cisse’s side suffered a disappointing blow after the hour mark, however, with Mane withdrawn from play having taken a knock.

The 24-year-old was replaced by FC Metz midfielder Ismaila Sarr, as Senegal saw out the victory on home turf.

This could prove to be another frustration for Liverpool manager Jurgen Klopp, though it remains to be seen whether Mane’s injury is severe, or he was taken off as a precaution. Mane has already showcased his importance to the Reds this season, having produced an excellent showing in the 4-3 win away to Arsenal on the opening day of the Premier League season.

The former Southampton star scored an exceptional solo goal at the Emirates Stadium, but days later suffered a shoulder injury in training that saw him miss Liverpool’s next outing away to Burnley.

His absence was felt at Turf Moor, but Mane returned to turn in encouraging displays away to Burton Albion in the League Cup and Tottenham Hotspur in the league.

Mane could join fellow winger Sheyi Ojo on the treatment table, while Philippe Coutinho could also be a doubt for Liverpool’s next league outing at home to Leicester City on September 10.

The Brazilian is poised to return from international duty with Brazil on Thursday morning, just two days before Klopp’s side welcome the champions to the new-look Anfield.

With a week between Mane’s latest Senegal cap and this clash, however, he may well be cleared fit to feature.