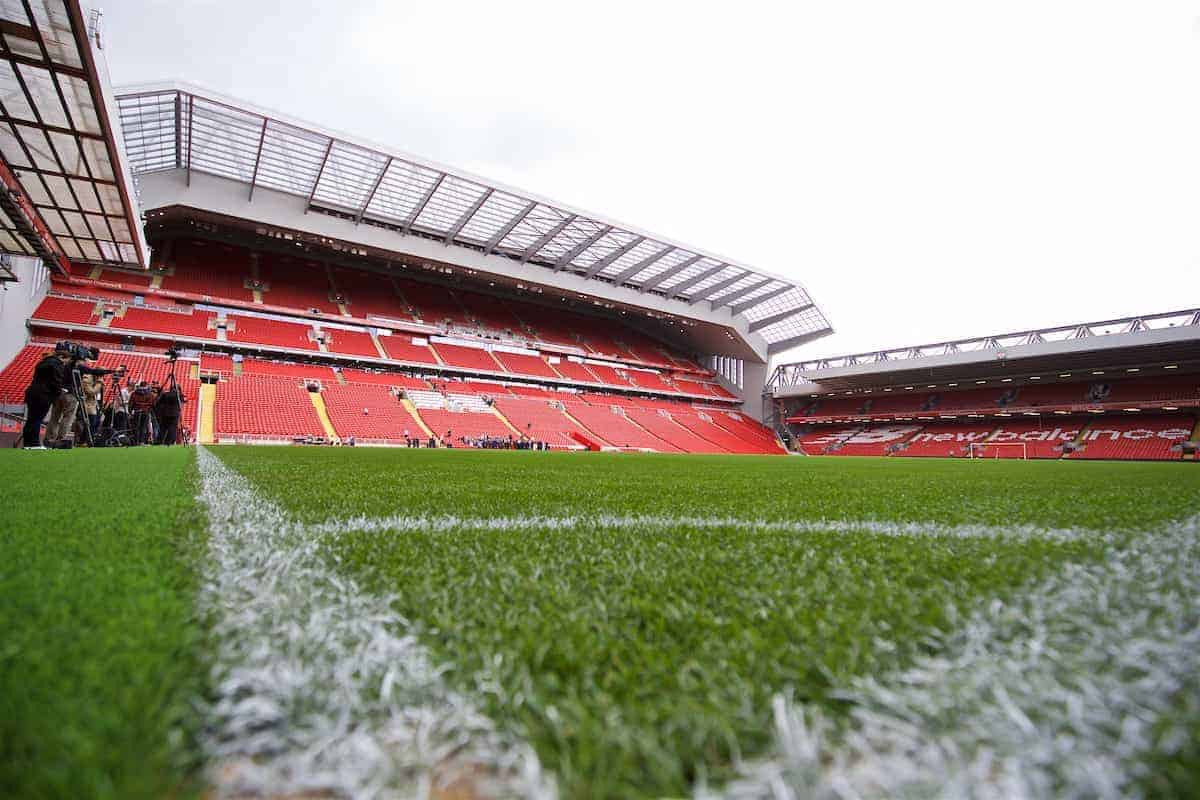 The expansion of Anfield’s Main Stand this summer was given the finishing touch on Friday, as the iconic This is Anfield sign was put in place.

The sign remained in place until 1998, when it was replaced by an updated version, before Brendan Rodgers reinstated the original design in 2012.

A symbol of the club’s history and, in Shankly’s mind, adding to the intimidation factor of Anfield, the sign was put into storage while work got underway on the Main Stand this summer.

Fenway Sports Group oversaw the addition of around 8,500 seats to the stand, which will be filled for Saturday’s Premier League clash with Leicester City—the first to be held at Anfield this season.

Jurgen Klopp‘s side will make their way down the tunnel alongside the champions, and now have the opportunity to touch the iconic sign on their way out, as it was installed on Friday.

Speaking in April, Klopp described this as a “sign of respect,” suggesting it must be earned before his side can make it routine.

“Maybe, one day, these players are allowed to do it, and feel better, stronger, and can use this emotion,” he said.

Saturday’s clash, seeing Liverpool roared on by their biggest home crowd since 1977, could provide that emotional occasion, as the Reds look to reward this backing with a big victory.