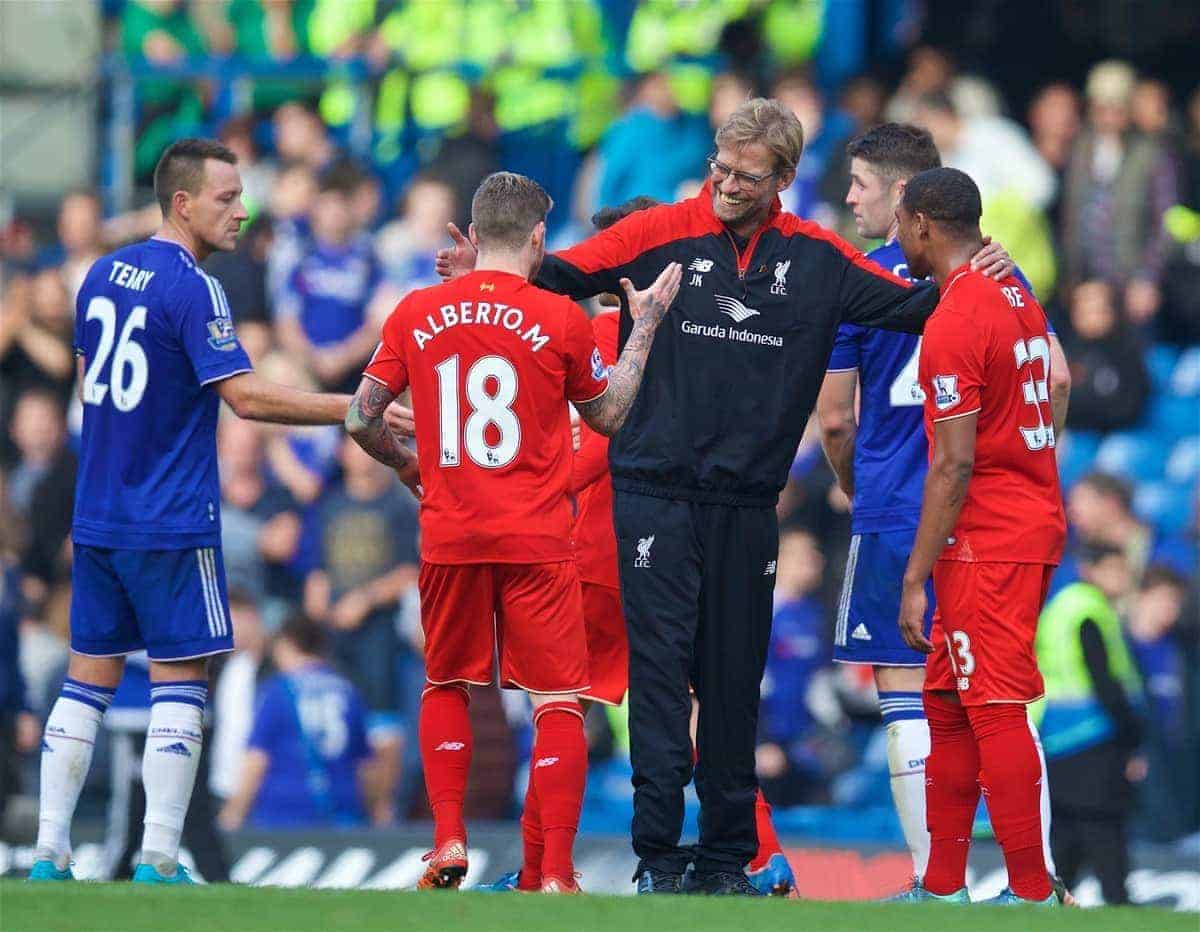 For Jurgen Klopp it’s a return to the ground where he marked his first Liverpool away victory — the Reds ran out 3-1 winners over then Jose Mourinho’s Blues last October.

It’s already Liverpool’s third trip to the capital this season after victory at Arsenal and a draw at Tottenham last month.

Chelsea go into the game three points better off than Liverpool, having only dropped points to Swansea City last weekend.

Chelsea vs. Liverpool is being shown live on Sky Sports 1 in the UK, which is available to live stream with a NOW TV day pass.