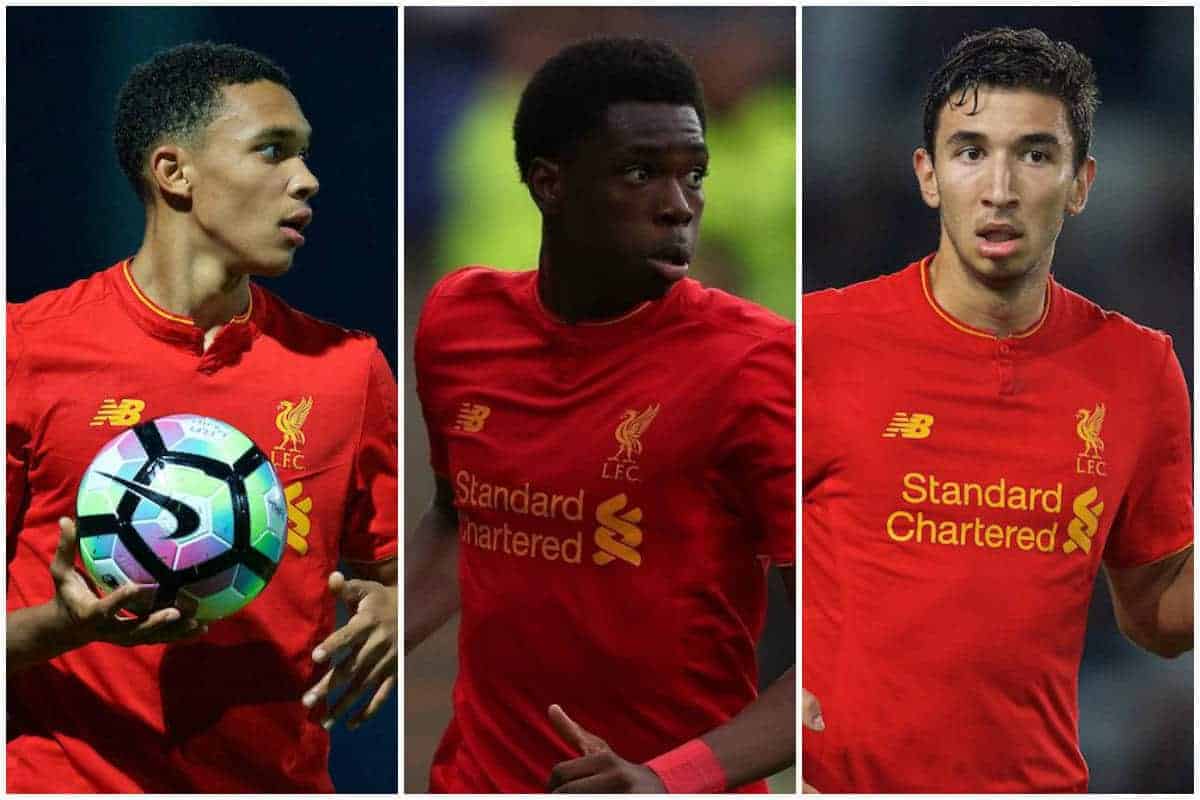 Trent Alexander-Arnold, Ovie Ejaria and Marko Grujic were all in impressive form as Liverpool’s youngsters kicked off the international break.

Pausing domestic activity for international football is often little more than an unwanted distraction, but this month a host of the Reds’ academy stars have been given vital experience.

Alexander-Arnold, Ejaria, Grujic, Harry Wilson and Ryan Fulton were all called up to represent their countries in qualifiers and friendlies, and the former trio all shone as they turned out for various age groups this week, scoring, assisting and fuelling priceless victories.

As the England Under-19s took on Croatia on Friday morning, Alexander-Arnold played the full 90 minutes for Keith Downing’s side, scoring a brace.

On his 18th birthday, the promising utility player netted a half volley in the first half, before converting his second from the penalty spot to seal a 3-1 victory for the Young Lions.

Elsewhere, Ejaria made his debut for the England Under-20s in their own 3-1 win over Germany on Friday evening.

The cultured midfielder, who has previously pledged his international allegiance to Nigeria, started in a strong side in Huddersfield, assisting a goal for Charlton Athletic forward Ademola Lookman.

Lookman has been linked with a move to Liverpool in the past, and it was clear he shared an immediate connection with Ejaria, hitting home in the six-yard box after the Reds youngster’s pass opened up space.

Grujic has continued to turn out for the Serbia Under-21s despite previously appearing for the senior side, as they look to seal their place in the European U21 Championship in Poland next year.

The midfielder, who has played three times for Jurgen Klopp‘s Reds since a £5.1 million move from Red Star Belgrade in January, started in midfield as Serbia took on the Republic of Ireland.

It has been a less productive beginning to the international break for Fulton, however, despite the Chesterfield loanee starting for the Scotland Under-21s against Iceland on Wednesday afternoon.

Fulton conceded strikes from Aron Elis Thrandarson and Elias Mar Omarsson in a 2-0 defeat for the Scots, and will be hoping for an improved outing against Macedonia on Tuesday evening.