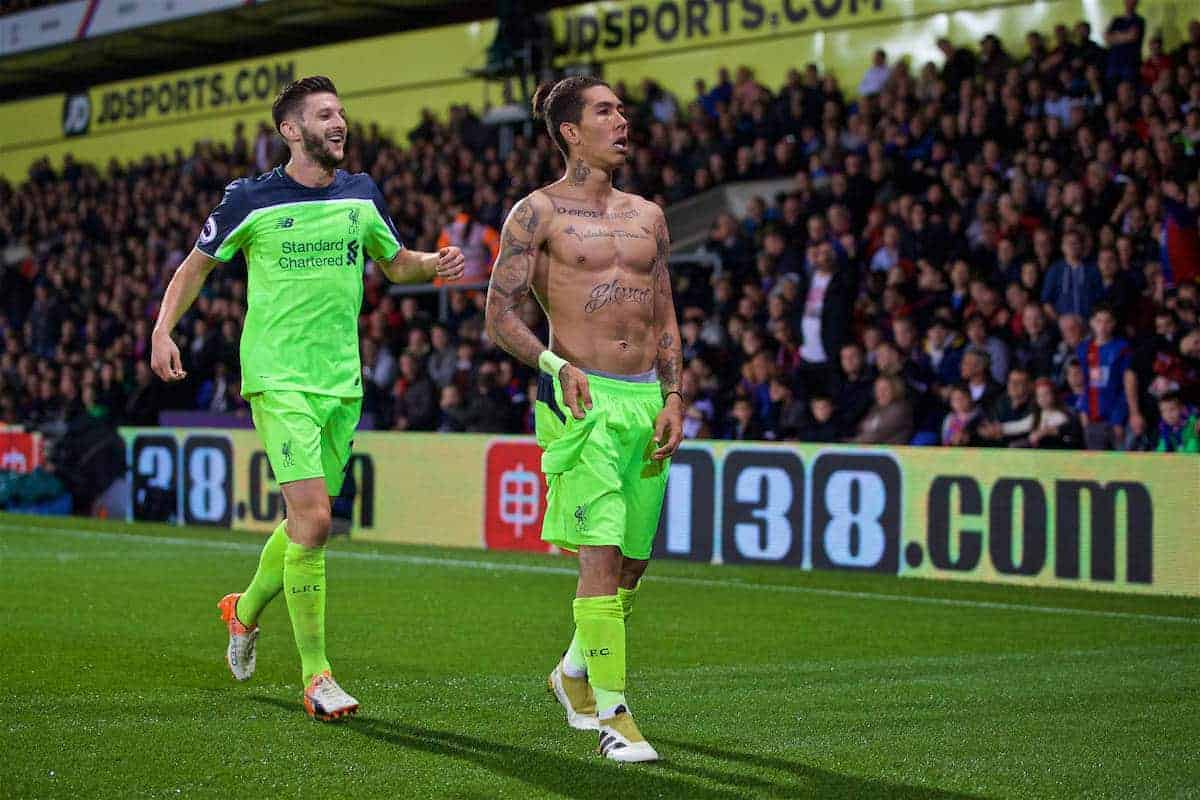 The Liverpool squad were left very happy with their performance after sealing a 4-2 victory away to Crystal Palace on Saturday.

Goals from Emre Can, Dejan Lovren, Joel Matip and Roberto Firmino helped the Reds on their way at Selhurst Park, despite two headers in response from Palace’s James McArthur.

After wins for both Arsenal and Manchester City earlier in the day, Liverpool needed to take three points to preserve their place alongside them at the top of the Premier League table.

Extending their unbeaten run to 11 games, they did just that, and have now taken 23 points from a possible 30 in the league this season.

The overriding feeling was one of joy…

Nice to travel back with 3 points in the bag! Always a great atmosphere at Selhurst park. #BobbyFirmino #WeAreLiverpool ??? pic.twitter.com/f1J0EJadif

Though the difficulty of the victory was acknowledged by some…

Crazy first half, but in the end a well-deserved win for us! Great performance, lads! ??? #CRYLIV #YNWA #LFC @LFC pic.twitter.com/WSlrE6LGyG

While the Reds made sure to thank the travelling Kop…

What a win fellas???? Thanks to all the fans for the support today????#ynwa #lfc #liverpoolfc #reds #3points #comeon ?? pic.twitter.com/Uf1t3K2rod

Good to see some old faces at palace today. Another 3 points for us, once again our travelling fans were class ???? #YNWA pic.twitter.com/wGTJTOQIPX