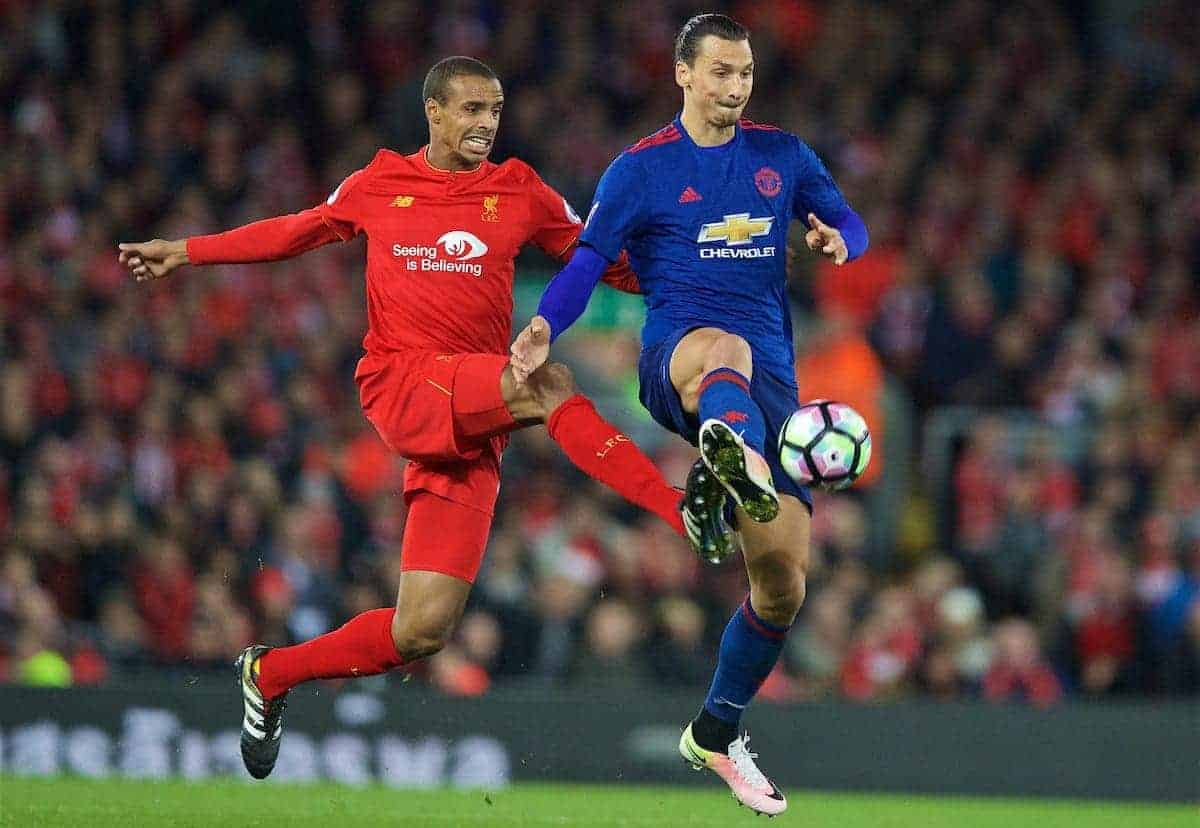 Ex-Liverpool striker John Aldridge has praised the impact Joel Matip has made at Anfield, and also believes Loris Karius must be given an extended spell in goal.

Aldridge was at Anfield on Monday night to witness the Reds draw 0-0 with Man United – a contest that won’t live long in the memory.

The former Liverpool man had been vocal about bringing Simon Mignolet back into the team at Karius’ expense, but he has since changed his opinion on the matter.

The 58-year-old says the young German now has to be trusted between the sticks, and also spoke glowingly about Matip’s start to life as a Reds player.

“Jurgen Klopp has clearly made his decision on who is going to be Liverpool goalkeeper for the foreseeable future,” wrote Aldridge, in his Liverpool Echo column.

“Fans will be split over it – I said last week Mignolet should start against United – but now it’s time to get behind Karius.

“We have to let him get on with it. Now is the time for him to gain confidence, because there’s no doubt he had the jitters on Monday.

“Mind you, he had so little to do that I could have probably played in goal and kept a clean sheet.

“That was down to our good defending, and I was impressed by Joel Matip and Dejan Lovren. Partnerships are key at centre-back and the pair are starting to develop an understanding.

“I have been particularly impressed with Matip, who was my man of the match on Monday and kept Zlatan Ibrahimovic pretty quiet.

“He can also create chances out of defence, as he demonstrated with his pass for Emre Can in the second half.

“When teams sit back, you need someone who can step into midfield from the back. In my day, we’d have Alan Hansen bringing the ball out and he’d sometimes get as far as the opposing back four.

“Matip is capable of doing that. When teams play with one or even none up front – as West Brom will on Saturday – it gives a centre-back licence to go upfield.

“Matip is adding an extra dimension to our play.”

It has certainly been an encouraging start by the Cameroonian, who looks like the dominant centre-back Liverpool have craved since Sami Hyypia and Jamie Carragher’s peak years.

As for Karius, Jurgen Klopp is correct in given him a chance to prove himself. Bringing Mignolet back would have been a negative move, and the Reds manager will have total faith in his new No.1 improving by the game.