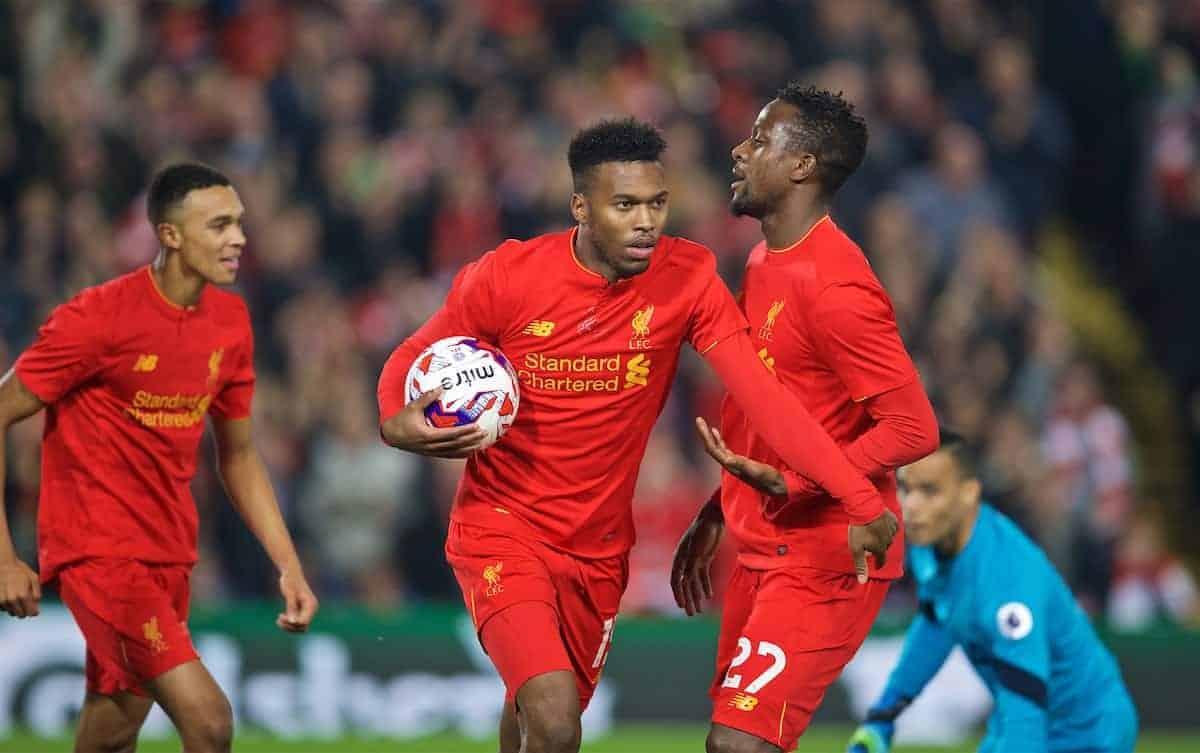 The Reds beat Mauricio Pochettino’s side 2-1 to reach the League Cup quarter-finals, going 10 matches unbeaten in all competitions in the process.

Sturridge scored both of Liverpool’s goals on the night and often looked a cut above any other attacking player on the pitch.

He and Origi forged a devilish understanding in a 4-4-2 diamond formation, and the young Belgian lauded the brilliance of his strike partner, and praised the team’s performance.

“I think we tried to look for each other and we’re very happy that Daniel scored. He’s a top striker, we created the chances all together and it’s a good thing that we have a lot of options everywhere,” Origi told Liverpoolfc.com.

“[We’re] very happy. We knew it would be intensive, but I think we showed big heart.

“It was a mix between young players and experienced players and we tried to enjoy the game and keep control of the game.

“At the beginning we had to find each other, we also changed the formation, but the coach told us just to play with our qualities and that he believed in us 100 per cent, and we have a lot of quality in the group.

“Of course, it’s been a while since I played 90 minutes so you have to get in the game, but I enjoyed the game,” he added.

“We’re here and we want to go until the end. It won’t be easy, but we showed a lot of character,” the 21-year-old continued.

“We just have to play with a big heart every time and I’m sure that we have the quality to go until the end.”

It was a night that highlighted just how much depth there is in the Liverpool squad these days, with Jurgen Klopp making 11 changes to the side that beat West Brom on Saturday.

To be able to leave out Sadio Mane, Philippe Coutinho and Roberto Firmino and still call upon Sturridge, Origi and Danny Ings is an embarrassment of riches.

It was the third time Origi and Sturridge have started together up front, with the two other occasions both being away to Southampton last season, in the League Cup and league.

Next up for Liverpool is a testing trip to Selhurst Park to face Crystal Palace on Saturday evening as they look to potentially stay level on points at the top of the Premier League table.