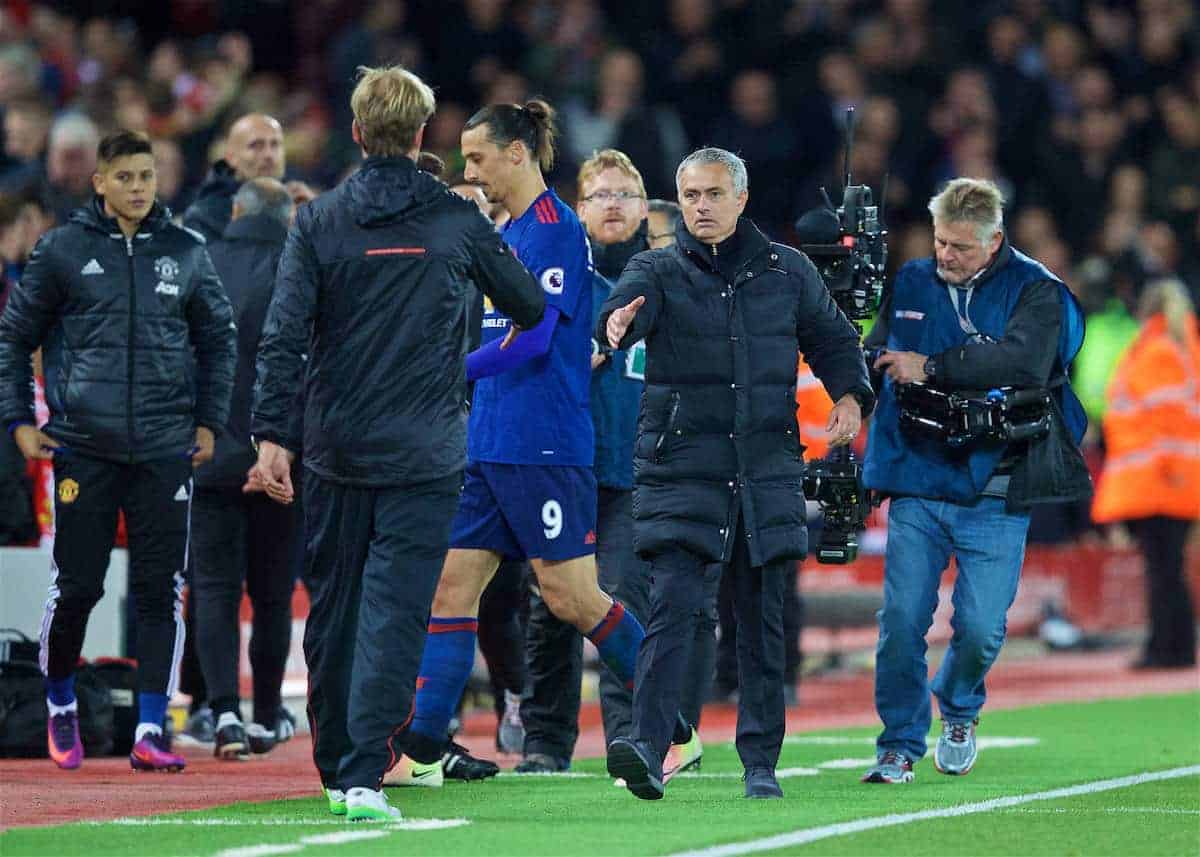 Jose Mourinho felt Manchester United proved Liverpool are not “the last wonder of the world” in Monday’s goalless draw at Anfield.

Jurgen Klopp‘s Liverpool have been touted as title challengers after eye-catching wins at Arsenal and Chelsea but they were frustrated by United in a drab contest.

“I think it was a more difficult game for them than it was for us,” Mourinho told Sky Sports 1.

“We knew it would be very difficult for them to score a goal and thought we’d score a goal to win the match, which we tried to do.

“We tried to start strong in both halves but they are a good team.

“They are not the last wonder of the world like you (the media) say they are but they are a very good team so we had to adapt a little to them.”

Liverpool had the better chances but Emre Can and Philippe Coutinho were denied by fine David de Gea saves as the sides cancelled each other out for the first time in five years.

“I have mixed emotions,” said Klopp. “I’m not happy about the game – we didn’t play as well as we could have played – but it’s a first clean sheet, which is all I’m happy about.”

Manchester United midfielder Ander Herrera was named man of the match and he said: “We did a fantastic job and can be very proud.

“Every player gave everything and this is the way we have to play big matches.

“It’s a fair draw – neither side deserved to lose. “We can take a lot of things from this game but now we have to win matches. We want to be champions.”

Ashley Young echoed his team-mate’s sentiments, saying: “There were chances for both teams but we cancelled each other out “We had chances to win but it’s a tough place to come and we’re happy with a point.”