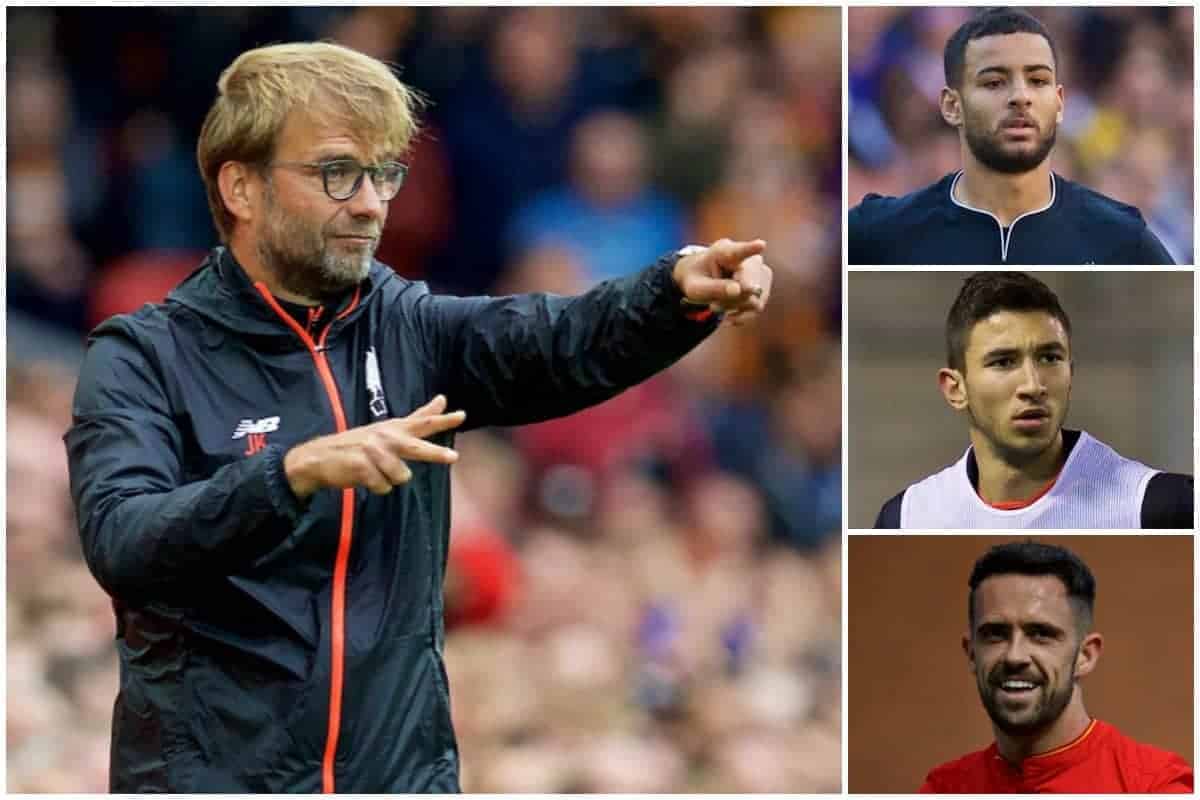 Liverpool manager Jurgen Klopp is considering whether to rotate his side for Tuesday night’s League Cup tie against Tottenham Hotspur.

The Reds welcome Mauricio Pochettino’s side to Anfield for their round-of-16 clash, and coming just three days after Saturday’s 2-1 victory over West Bromwich Albion, Klopp could make changes.

That is according to the Liverpool Echo‘s James Pearce, who suggests the German is contemplating handing a handful of young stars and peripheral figures an opportunity.

This comes after Trent Alexander-Arnold, Marko Grujic, Kevin Stewart, Ovie Ejaria and Danny Ings were all left out of the Liverpool Under-23s’ squad to take on Everton on Sunday afternoon.

Speaking before Saturday’s clash, Klopp noted the absence of Grujic, Stewart and Ings from his matchday squad against the Baggies as a testament to the quality in his squad.

Tuesday provides him with the chance to utilise this depth, with Pearce also reporting that Ragnar Klavan, Lucas Leiva, Alberto Moreno, Divock Origi and Daniel Sturridge could also be included.

Klopp has made few changes to his sides between the Premier League and the League Cup so far, but with Pochettino set to field some of his youth players on Merseyside, he could follow suit.

“For me, they are not kids or boys—they are players, [who can] show and prove that they can compete and have the quality to stay in the first team,” Pochettino said at the beginning of October.

“It is the same to play against Gillingham at White Hart Lane and against Liverpool at Anfield.

“They need to show. We believe in them and if my team is the same as against Gillingham or some changes, they need to prove they have quality.

“You know, always the big, big players start their career and they need to make their debut sometimes in a difficult place like Anfield.”

Nevertheless, Klopp will be eager to seal victory, and will still name a strong starting lineup against Spurs.

But the ability to rotate showcases both his positive work in the transfer market, and the swathes of quality on the rise within the club’s academy.