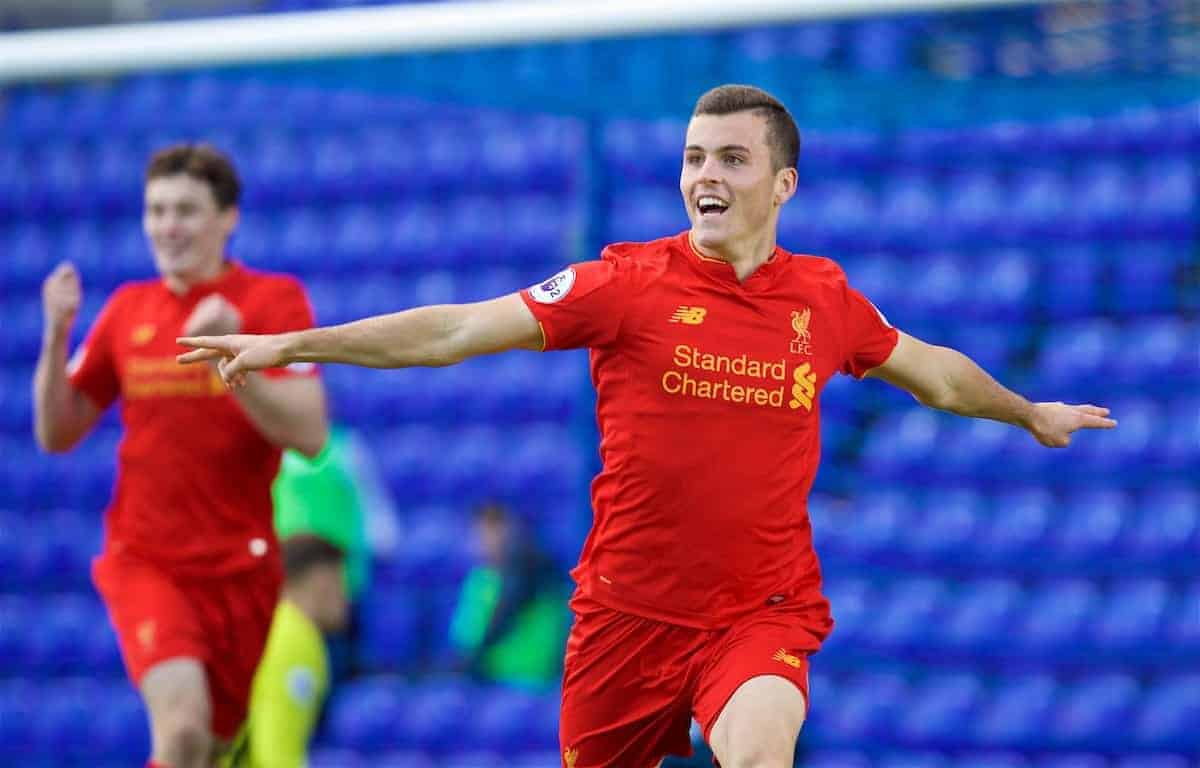 Goals from Brooks Lennon and Harry Wilson sealed a 2-0 victory for the Liverpool U23s over city rivals Everton U23s on Sunday.

After the first team and Under-18s both enjoyed success over West Bromwich Albion and Derby County respectively on Saturday, Michael Beale’s U23s took to Tranmere on Sunday afternoon.

On a run of five Premier League 2 games unbeaten, the U23s will have been desperate to keep it going against their bitter rivals, and they did so emphatically.

Liverpool made a bright start at Prenton Park, with Woodburn, Lennon and captain Wilson all combining to create an opening in the early stages, but the latter missed the target.

With Connor Randall providing great support down the right flank, the 21-year-old sent a number low crosses into the box, most notably when played in by a great ball from Matty Virtue, but he couldn’t find a team-mate.

However, when Wilson drifted wide to benefit from some perseverance from the experienced right-back, the Reds created their best opening.

Receiving the ball, Brannagan played the Welshman through on 41 minutes, but Toffees goalkeeper Mateusz Hewelt got across to make the stop.

Everton midfielder Kieran Dowell had a great chance to put his side 1-0 up before half-time after Sakho conceded a foul on the edge of the box, but his free-kick sailed over and referee Thomas Bramall blew for the interval. Beale will have been full of praise for his side at half-time, and the U23s manager enjoyed the fruits of the Reds’ dominance early into the second half, with Lennon rising to head home a cross from left-back Joe Maguire.

Another smart pass from Maguire opened up the Everton defence after the hour mark, but despite finding Woodburn in the penalty area, the youngster’s cutback was easily cleared.

Polish goalkeeper Kamil Grabara was forced to make a smart save shortly after, diving to thwart Jonjoe Kenny after the ball fell to the Everton youngster in the penalty area following a corner.

But it wasn’t long before the Reds were 2-0 up, with Wilson producing another moment of pure brilliance, firing a 20-yard volley low and beyond Hewelt.

Grabara, a clear star of the future, made another great stop after the ball deflected off Ilori in the penalty area, with the Pole inspiring Liverpool to hold on for a priceless derby victory.