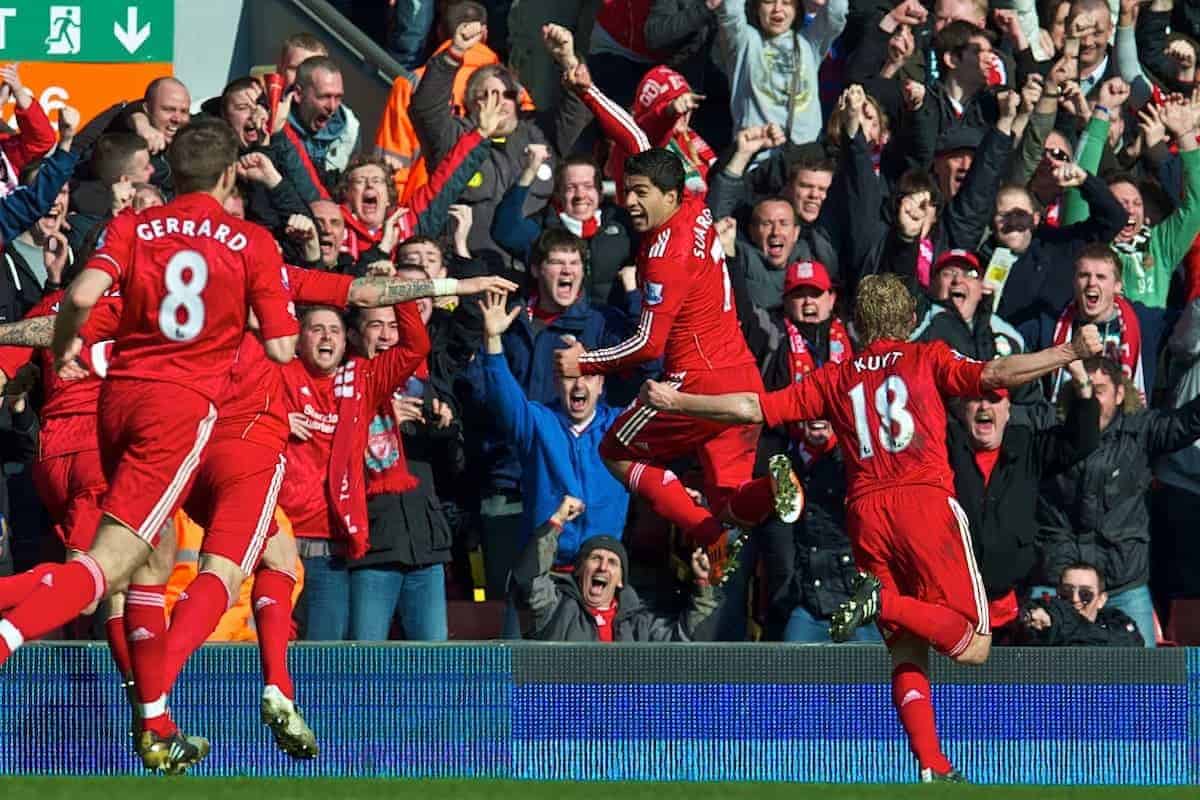 Jose Mourinho heads to Anfield for the first time as Manchester United manager for a Monday night clash with Liverpool. Here Press Association Sport looks at some memorable Anfield encounters between the north-west rivals.

Luis Suarez terrorised the United defence and Dirk Kuyt was the man to benefit with a contender for one of the shortest hat-tricks by distance in history.

The Holland international’s treble, the first by a Liverpool player against United in 21 years, was from a combined distance of six yards.

United, on their way to a famous treble, took a 2-0 lead inside an hour through Dwight Yorke and Denis Irwin’s penalty.

However, Jamie Redknapp pulled one back from the spot and, after Irwin was sent off, former Red Devils captain Paul Ince charged into the area to stab home an 89th-minute equaliser. One of the definitive matches of the early Premier League era saw the visitors race into a 3-0 lead after just 24 minutes with goals from Steve Bruce, Ryan Giggs and Irwin.

Liverpool bounced back with Nigel Clough scoring twice before the break, setting up a grandstand finish in which defender Neil Ruddock was the unlikely hero.

Liverpool’s heaviest defeat at home to their arch-rivals.

Ron Yeats’ own goal was cancelled out by defender Emlyn Hughes after a barnstorming run forward but Ian Ure, Willie Morgan and Bobby Charlton all scored after the break. The Reds’ biggest home win over United – although they did beat forerunners Newton Heath 7-1 in 1895 in a Division Two game.

Dick Forshaw scored a hat-trick interspersed with other goals from Harry Chambers and Archie Rawlings.