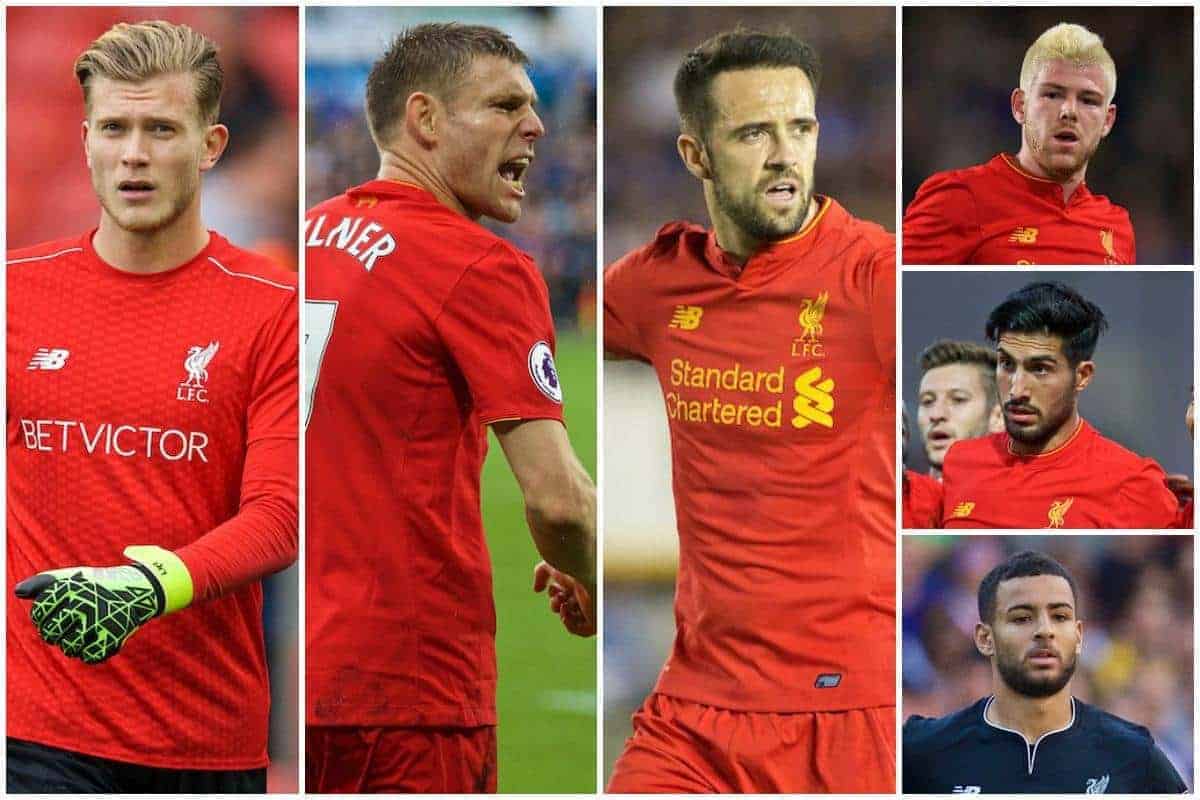 A number of Liverpool’s key players will remain on Merseyside during the international break, allowing them to work on their respective games in the process.

The Reds are brimming with momentum currently, having won their last five games in all competitions, but they now have to wait nearly a fortnight for their next outing.

That comes at Anfield on October 17—a huge fixture against bitter rivals Man United, now managed by another Liverpool nemesis, Jose Mourinho.

The likes of Jordan Henderson, Georginio Wijnaldum, Philippe Coutinho, Roberto Firmino and Sadio Mane will all be representing their countries in the coming days.

But Jurgen Klopp still has a host of first-team squad members to work with at Melwood, and this can prove crucial in preparing for the road ahead.

There is plenty for the Liverpool manager to focus on, and plenty for his squad to fight for.

For all of the Reds’ sparkling attacking football so far in 2016/17, those same defensive deficiencies have shown few signs of easing up.

Klopp’s men are still searching for their first clean sheet in the Premier League, with 10 goals conceded in their seven games to date.

The current first-choice unit of Loris Karius, Nathaniel Clyne, Joel Matip, Dejan Lovren and James Milner will all remain on Merseyside during the international break, for differing reasons.

Karius looked nervy in Saturday’s 2-1 at Swansea City, and he could do with some serious work on his aerial ability and decision-making.

There are already ludicrous calls for Simon Mignolet to come back into the side, and while Karius will surely not lose his place, he must be ready for the peppering he may take against United. Milner is still learning how to thrive as a left-back, despite some outstanding performances, and being retired from England duty allows him to carry on developing there.

The centre-back pairing of Matip and Lovren is also still a work in progress—Lovren is once again injured for the time being—so it is a real stroke of fortune that Klopp has both potentially available for some of the next week or so.

Clyne is nursing a knee issue that won’t allow him to train fully with his Reds team-mates, but the 25-year-old is the least of the defensive worries.

Ahead of the huge clash with United, Liverpool’s fit defenders must fine-tune their talents, both as a unit and individually. Klopp has made a point of saying that the entire squad is crucial to his plans, rather than focussing too much on those who play every week.

Although his first-choice starting lineup looks fairly set at the moment, numerous players will see the international break as a great chance to stake a claim for a future starting berth.

Alberto Moreno is certainly one of those who will be desperate to win his place back, having been usurped by Milner after a poor display at Arsenal on the opening weekend.

The Spaniard is not as bad as some would make you believe, and Klopp recently heaped praise on his eye-catching performances in training.

Emre Can is another who has struggled for game time, due to both injury and the form of Liverpool’s midfield, but this is a great chance for him to further work on his fitness and sharpness. On his day, the 22-year-old is one of Liverpool’s most important players, and as the season progresses, it is likely that he will win his place back in the team.

Klopp will only pick players on merit, however, and the Reds boss will be intrigued to see how Can responds with Henderson and Wijnaldum not around.

Mamadou Sakho will remain at Melwood, after being dropped by France, and he will be desperate to win round Klopp, following the deterioration of their relationship—though this remains unlikely.

Lucas Leiva is also around, and can hone his centre-back skills, and Danny Ings will still be trying to work his way back into the matchday squad.

The 24-year-old has been scoring goals for fun in the U23s, but with Roberto Firmino, Daniel Sturridge and Divock Origi all ahead of him in the pecking order, there is no way in for him currently.

The importance of Alex Manninger being around for Karius should also not be underestimated, with the veteran goalkeeper having the potential to be a calming influence around his younger team-mate.

Some of Liverpool’s young players will be representing their countries’ youth teams during the international break—Marko Grujic, Ovie Ejaria, Harry Wilson and Trent Alexander-Arnold stand out in that respect—but a number will stay at Melwood.

Kevin Stewart and Cameron Brannagan will hope to keep progressing at their current rate, while Joe Gomez and Sheyi Ojo are still recovering from injury.

It is clear that the youngsters will struggle to feature much in the Premier League this season, but chances may still come their way in cup competitions.

But simply spending more time on the training ground with Klopp can only be invaluable to their development, and they may receive a little more individual tuition in the absence of more high-profile names.

While the monotony of another international break plays out this month, Klopp has plenty of work to do on the training ground, and a host of players could benefit from their involvement.