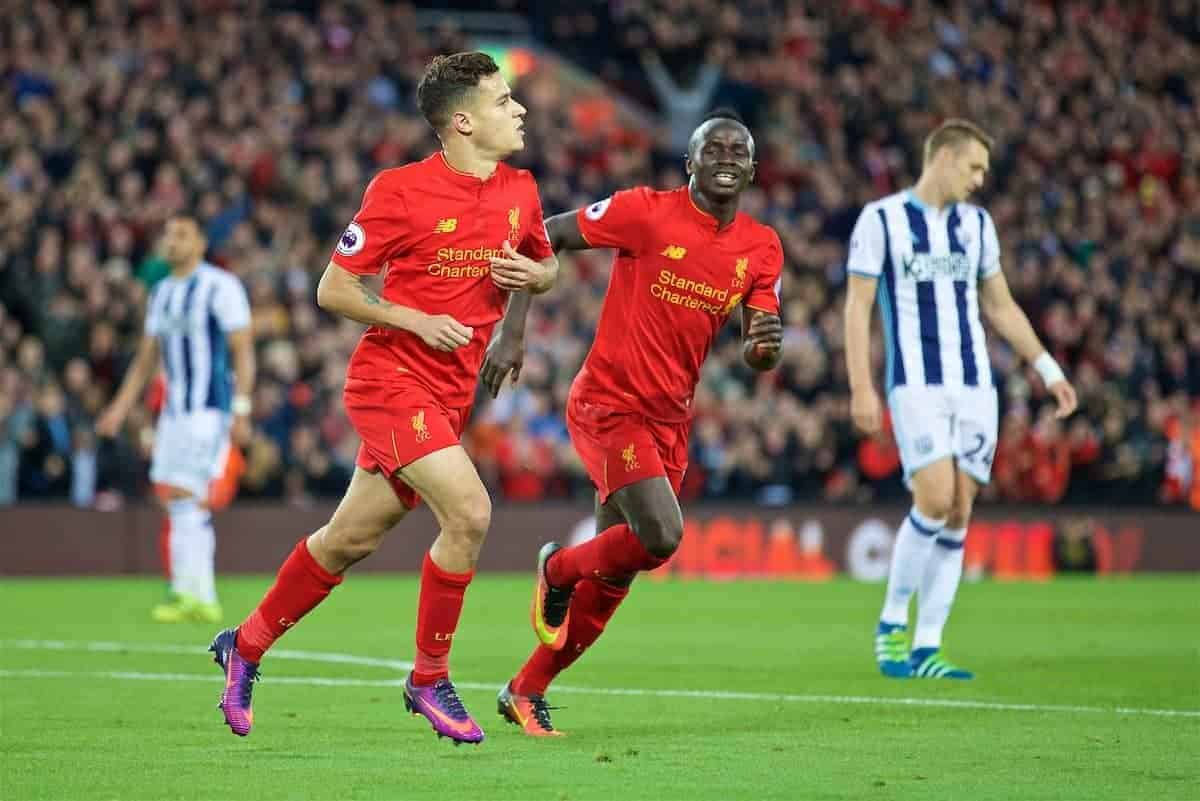 Philippe Coutinho produced the pick of the performances in Liverpool’s 2-1 victory at home to West Bromwich Albion on Saturday.

Goals from Coutinho and Sadio Mane sealed another win for Jurgen Klopp‘s freewheeling Reds, extending their unbeaten run in all competitions to nine games.

In the league, Liverpool have not lost since August 20, taking 20 points from nine games to impose themselves on the top-four battle.

Saturday’s performance was littered with individual brilliance, and with Liverpool supporters rating their contributions after the game, Coutinho stood out as Man of the Match.

Coutinho’s compatriot, Roberto Firmino, was also highly favoured, receiving a rating of 8.4, while Mane, their attacking cohort, was given an 8.1.

Goalkeeper Loris Karius was the only player to start the game to be handed a rating lower than 7, and while the German looks to be improved, he was deemed a mere 5.9.

Substitutes Lucas Leiva (5.9) and Divock Origi (5.8) also failed to breach the 6 mark, though their combined seven minutes on the field is an indicator of their muted rating.

However, Georginio Wijnaldum, who replaced Lallana with 11 minutes to play, was given a rating of 6.7.

Overall, Klopp’s starting lineup were rated at an average of 7.54, marking a significant improvement on Monday night’s average of 6.07, following Liverpool’s 0-0 draw with Manchester United.

After an excellent display from his side against the Baggies, Klopp will now turn his attention towards a League Cup round-of-16 clash with Tottenham Hotspur on Tuesday night, looking to seal passage to the quarter-finals.

Whether the German opts to rotate his squad or not remains to be seen, but he will demand a similar level of performance at Anfield once again.