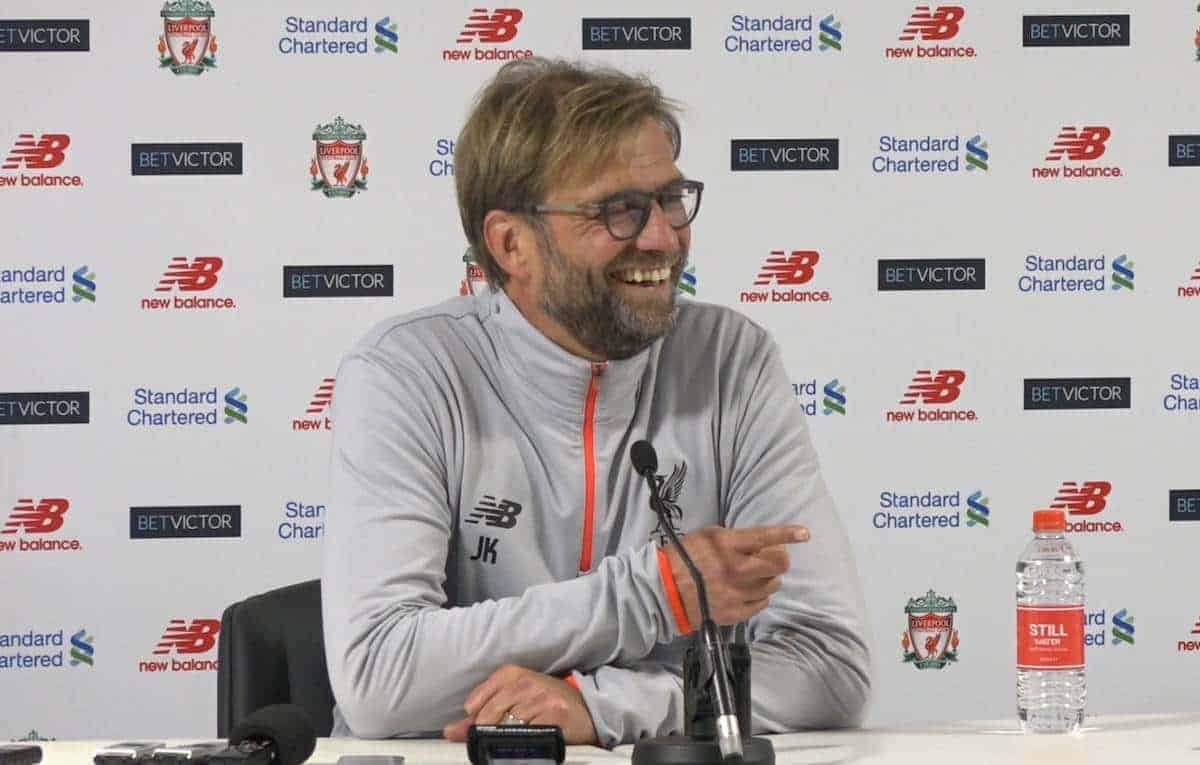 The Reds progressed to the quarter finals thanks to two goals from Daniel Sturridge, with Klopp pleased with his side’s performance after making 11 changes.

“[The penalty] made it a little bit close, that was the only difficult thing,” said Klopp.

“We could have scored three, four, five times [but] we don’t live in dream land. We go to quarter finals.”

On Sturridge, Klopp said: “That’s his talent. His strength. He’s a finisher, a really good striker, no doubt about this.”

On playing youngsters, Klopp added: A few more to come, a little younger than the boys who made debut tonight. Good news for Liverpool.

Finally on his striker options, Klopp said: “We cannot play with 4 strikers, if you have an idea how we can do this, plus defending, come to me, tell me!”