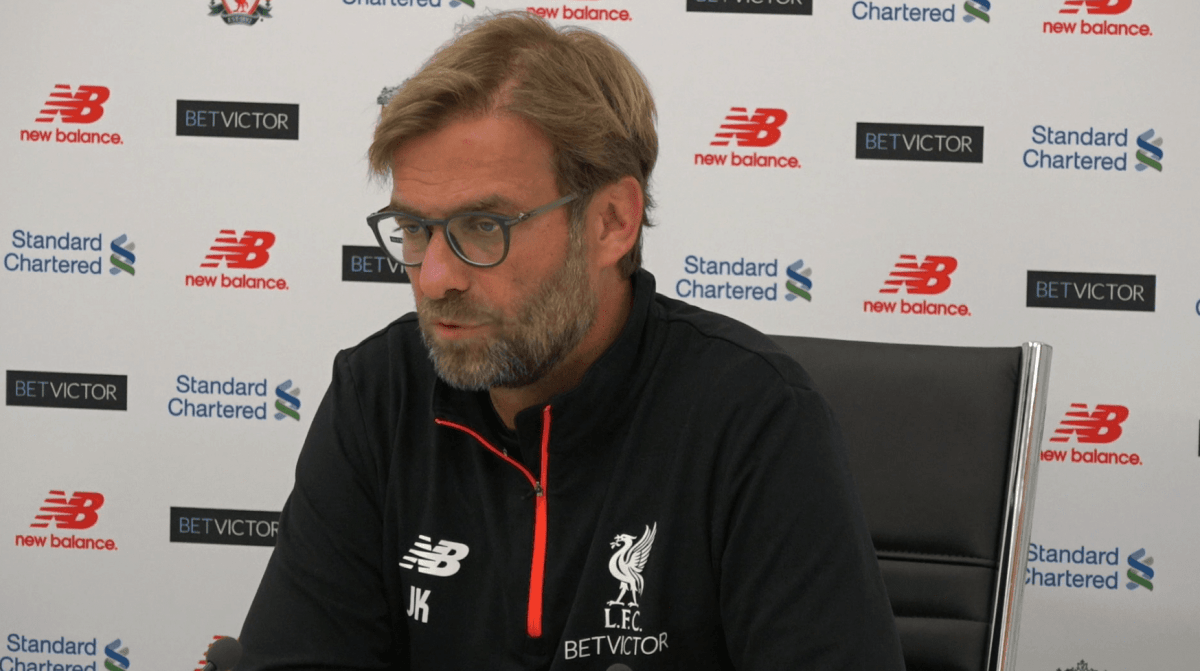 The German had already discussed the potential return of Steven Gerrard, the goalkeeping rivalry between Simon Mignolet and Loris Karius and his team selection against Spurs.

But he was then asked about a host of other topics, including the role of Danny Ings, the future of Mamadou Sakho and the success of Liverpool’s academy.

Klopp was full of praise for the club’s youth ranks, saying their development was “really good.”

“We spoke a few months ago about how we should change the U23s a little bit,” he explained.

“A lot of players needed to stay here and use another year playing together in a really good team, that can get results, that can score goals, that can win games.

“Then the opportunity to train with us [at Melwood] in different moments.

“The other way was sending them on loan at 17 or 18, we did that with a few players, but that was, again, a decision because of the squad.”

The likes of Trent Alexander-Arnold and Ovie Ejaria have seen their prospects boosted this season, and Klopp suggested the former could be included against Spurs.

However, the manager insisted he would be fielding a “strong lineup,” with “respect” for the League Cup and with a view to reaching another final.