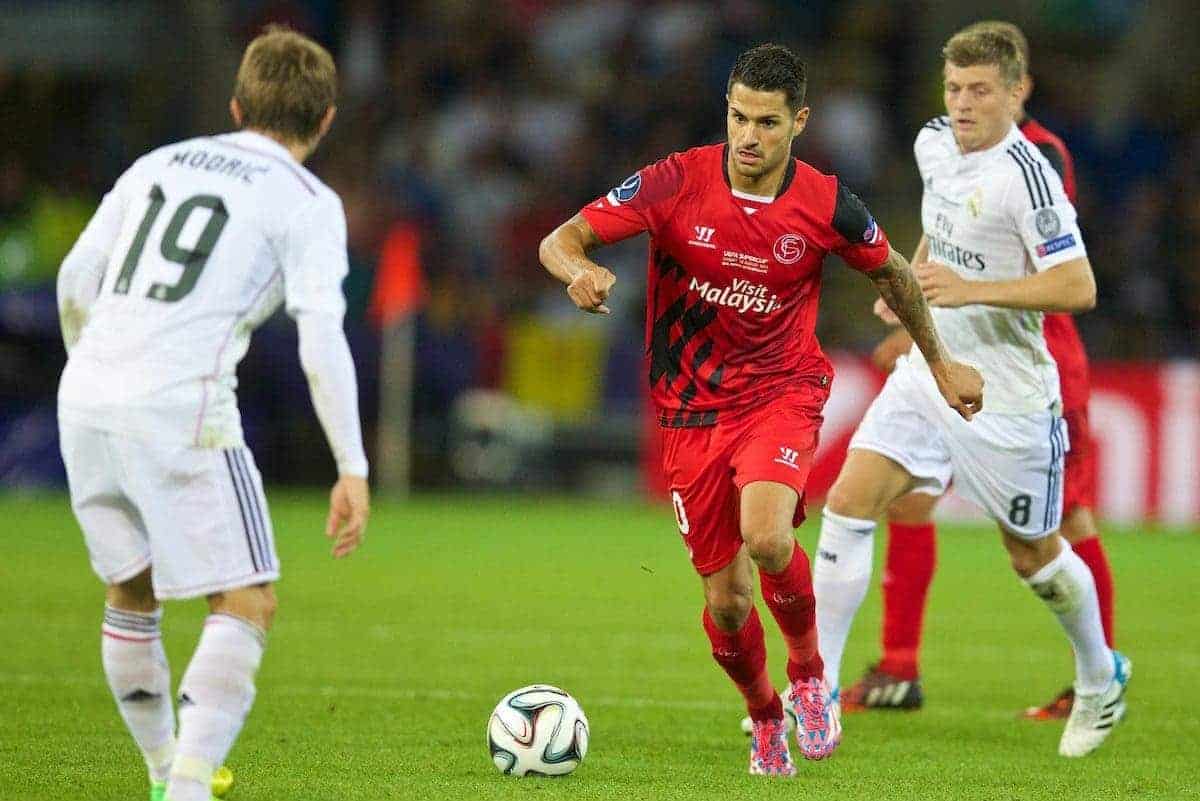 Sevilla winger Vitolo has revealed how Alberto Moreno has provided him with a glowing reference of Liverpool and the Premier League.

Vitolo has established himself as a key member of new Spain manager Julen Lopetegui’s squad, with the 27-year-old poised to start for La Roja against England on Tuesday night.

After a slow-burning career that saw him move from Las Palmas to Sevilla in 2013, Vitolo is now hitting top form, leading to speculation over his future.

As Vitolo explained before Spain’s clash with the Three Lions, this has seen Moreno, his former team-mate, extol the virtues of the the English top flight—and, in particular, Liverpool.

Moreno left Seville for Merseyside in 2014, and while he is still struggling to convince the Anfield faithful in his third season with the club, he is now more settled in his role under Jurgen Klopp.

“He tells me it would really suit me. Liverpool is a great club with a lot of history,” he said.

“One day I would like to try a league like the Premier League. Let’s see what happens.

“When I was a kid on the Canary Islands, we followed the fortunes of Manchester United and Liverpool. There are a lot of great teams in England.” However, Vitolo also admitted he was comfortable at Sevilla, where “the sun is nearly always shining.”

“Players get a lot of affection from the club. You feel important and valued and the player starts showing his quality with good performances,” he explained.

“The sun is nearly always shining and there are always a lot of people in the street having a good time.”

Sevilla are currently fifth in the Liga table, six points off league leaders Real Madrid, continuing their stable position among Spain’s challengers; with success instead coming in the Europa League.

If Vitolo were to opt to leave the Ramon Sanchez Pizjuan, however, he would be an excellent addition for Klopp’s Liverpool.

A right-footed winger comfortable on both flanks, Vitolo’s work rate and flair would see him slot in well alongside Philippe Coutinho, Roberto Firmino and Sadio Mane.

It would take some convincing, but with Vitolo looking to experience the Premier League and Moreno already bending his ear, Spain’s No. 11 could be an option in the future.