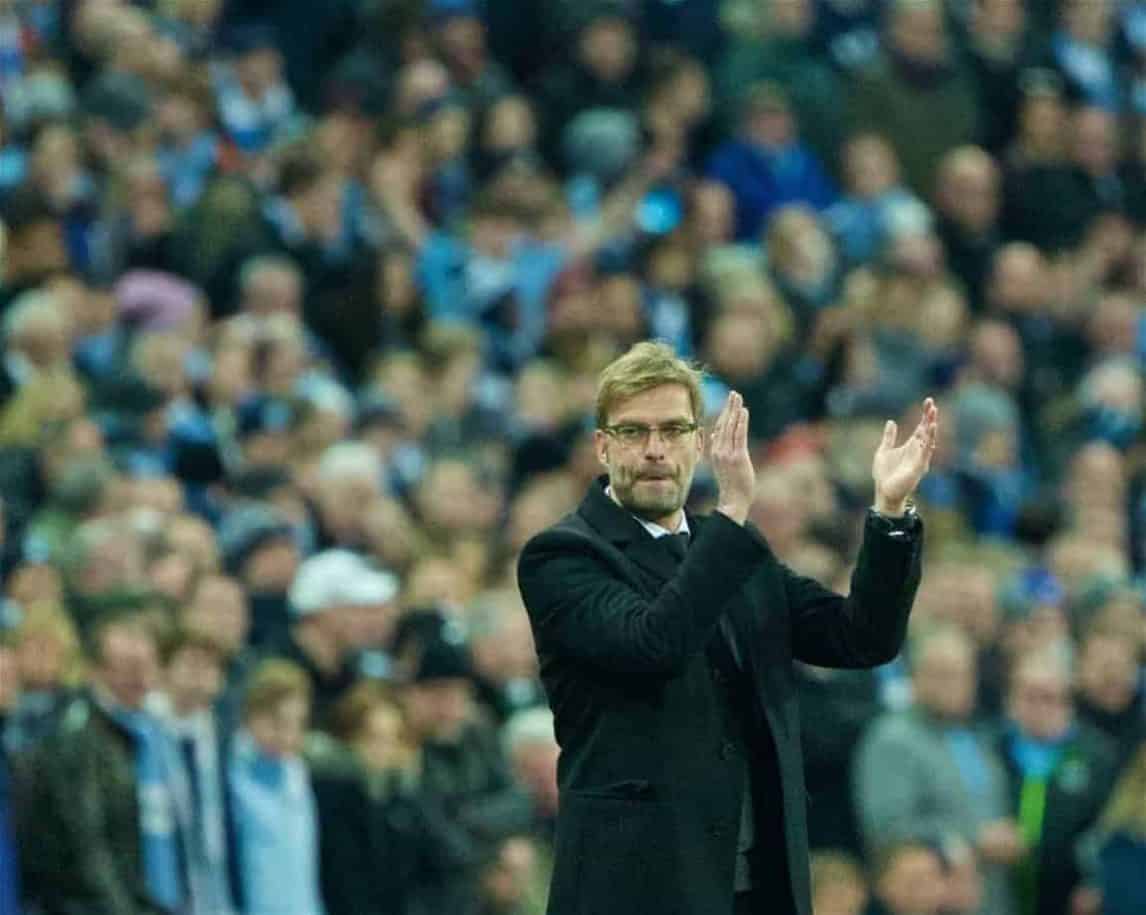 Football is a sport littered with myths, and among them is the one about how nobody remembers a runner-up, writes Sachin Nakrani. In some cases this is true, but in many, many instances it simply is not.

Take the European Cup final, for instance. Are you seriously telling me that most football followers with a working brain cannot recollect which teams played in the biggest club game of any given season? There’s only two every year! I watched my first European Cup final in 1991 and can name the loser of every one of that fixture from that year to the present day without the assistance of Google, Wikipedia or, for the older readers among you, Rothmans.

Marseille, Sampdoria, Milan, Barcelona, Milan, Ajax … I could go on, but I won’t.

The point is that runners-ups on the grandest stage stick in the mind and, occasionally, they leave a more lasting impression than the side who went onto scoop the silverware. No more is this the case than in regards to the 1974 World Cup final. West Germany won but more than 40 years on it’s the losers, the runners-up, we remember the most.

Holland. Total Football. It is a captivating legacy borne out of the fact – and one Johan Cruyff stood by right up until his death earlier this year – that football is not just about winning.

It’s also about beauty, about expression, about joy, about creating a manner in which 11 footballers move around a pitch that is heroic in its bravery of originality. That Holland side achieved that throughout the ’74 World Cup and it is why despite falling short in Munich to the team of Beckenbauer, Breitner and Müller, they remain the standout side of that tournament, for those who did and did not witness it.

All this came to me as I departed from Anfield a couple of Sundays ago. It was a bitterly cold day but my heart had been warmed by the performance I had just seen from Liverpool. The Reds were rampant in a 6-1 victory over Watford, one that put them top of the league and touched on something more visceral – that what us supporters, in the ground and at home, had just witnessed went beyond the gathering of three points. That what we have here is a quality of football which will last beyond this season and remain lodged in the memories of all, even if Liverpool don’t go on to win the title. That this may be this generation’s Total Football.

That may be pushing it, but there is undeniably a wider narrative forming around Liverpool’s start to the season and my mates and I cannot have been the only ones who post-Watford have been discussing in serious tones just how good this side is in the context of those that have come before. Both Savva and I, men in our mid-thirties, reckon this is the most attractive and exciting Liverpool team we have ever seen; Riyaz and Anil, who are at least 10 years older, insist the boys of 1988 outrank them.

Other sides also come into the reckoning, among them those of ’77, ’84, ’96, 2009 and, of course, 2014, but the fact that three months into the season we’re able to have this debate at all is not only remarkable but also with merit. After all, what we’re seeing is no fluke.

Liverpool have been developing as an attacking force for some time now: they have scored the most goals in the Premier League in 2016 (71) and are the fourth-highest scorers in Europe across all competitions during the same period (102), and it was revealing to hear Daniel Sturridge’s recent comments regarding what training is like under Jurgen Klopp.

“It’s very tactical based,” said the striker. “I couldn’t tell you the last time we played five-a-side. We might do a shooting session but there’s a lot else going on with the passing that’s involved. You have to be on point. You need to be focused.”

That was also the case with Total Football, which can be traced back to the First World War and the work Jack Reynolds, an Englishman, did as head coach of Ajax, progressing at the Amsterdam club in the sixties under another English head coach, Vic Buckingham, before reaching its aesthetic peak under Holland manager Rinus Michels and through the genius of Cruyff – his captain and all-round on-pitch inspiration – during the summer of ’74.

Watch clips of that Holland side bamboozling their opponents with their swirling movement, expert use of space and complete commitment to front-foot dominance and it’s easy to see why they are regarded as one of the greatest teams ever, despite never having won a trophy.

And there are comparisons to be made between the tenets of Total Football and the principals of this Liverpool side. For instance, take this description of Michel’s use of “position-switching” by David Winner in his widely-admired, incredibly-smart book, Brilliant Orange: The neurotic genius of Dutch football: “Position-switching looks fluid and chaotic and gave opposing defenders a blizzard of movement and hostility to deal with”. This is undefinably how Klopp has instructed his players to go at teams, home and away, since he arrived at the club 13 months ago, with the approach refined to a breathtaking level.

Liverpool’s front three of Philippe Coutinho, Roberto Firmino and Sadio Mane start in conventional positions (left to right across the final third) but it is not rare to seem them move and, indeed, switch.

Take the Watford game – Coutinho smashed the bar with a close-range shot early on from a position you wouldn’t have been surprised to see John Aldridge, Ian Rush or Robbie Fowler take up; centre of the penalty area, by the penalty spot.

It was from a similar place that Firmino scored his goal in the second half having spent large parts of the game drifting outside of the area in order to win possession and build Liverpool attacks. Indeed it was from the Brazilian’s flick-on roughly halfway inside Watford’s area that Emre Can eventually scored the home team’s third goal of the afternoon.

That goal was directly created by a right-wing cross from Adam Lallana, and it was from a left-sided position that the same player assisted Firmino’s strike. So another example of “position-switching” and a “blizzard of movement” that leaves opposition players not sure where from and via who the next Liverpool attack is coming.

Another important component of Total Football is pressing. Johan Neeskens was a key element of this, for both Ajax and Holland. “He was like a kamikaze pilot, a forward solider,” Bobby Harms, Ajax’s assistant manager from 1967 to 1981, says of the midfielder in Brilliant Orange.

This Liverpool team may not have a player who matches Neeskens for outright quality and aggression but their collective ability to press has steadily improved under Klopp, leading to them not only suffocating sides inside their own half (especially at Anfield) but also leading directly to goals, for instance Mane’s second against Watford, which was instigated by a Jordan Henderson press on the halfway line.

Comparisons between the Dutch masters of the 1960s and 70s and this Liverpool side are not – if you’ll excuse the pun – total. In regards to position-switching, for instance, we have yet to see Mane play at right-back while Nathaniel Clyne has a go at ripping the opposition left-sided centre-back to shreds. Also, Klopp does not deploy the offside trap in a manner which was fundamental to Michael’s methods.

Neither, it should be said, is the Liverpool manager trying to directly replicate what the Dutchman did almost half a century ago – in Germany as well as on Merseyside he has cultivated a tactical approach that is his own. Influenced by others, of course – and almost certainly by studying what Michels did with Holland in the 70s and Cruyff did with Barcelona’s ‘Dream Team’ in the late 80s/early 90s – but firmly with the demands of modern football in mind. In this most athletic and fast-paced of eras, Klopp has a tactical model that fits like a glove.

Is this Liverpool side actually any better, any more thrilling, than that which almost won the title two years ago?In my opinion, yes; it’s more complete and more tactically sophisticated.

Luis Suarez would walk into it for sure, but, crucially, his loss would not wreck it, as was the case with the class of 2014-15. And here lies another comparison with Total Football. As Winner wrote: “[It is] a perfect balance between collective responsibility, equality and individualism, a system that allowed every player to excel and express himself”. Modern-day Liverpool to a tee.

There is one comparison with Total Football that no Red will want to see – failure. For all the pleasure and pride Holland’s class of ’74 provided to their nation, their inability to beat West Germany in the final having taken the lead through Neeskens’s second-minute penalty deeply wounded the Dutch. The playwright Johan Timmers describes the 2-1 defeat as “the biggest trauma that happened to Holland in the twentieth century, apart from the floods of 1953 and World War II”, while psychoanalyst Anna Enquist called it a “living pain.”

Liverpool supporters know all about how football can bring on a sense of trauma. The club has felt it deeply and literally in regards to Hillsborough, but also in a purely sporting sense. That 19th league title simply refuses to be ours and some fans have not fully got over how it escaped from reach in 2014. The anguish blemished the following campaign and it is telling how every time Liverpool have finished second since last being champions in 1990 – in 2002, 2009 and 2014 – the manager responsible (Gerard Houllier, Rafa Benitez and Brendan Rodgers) have departed inside two years. Grief has played its part in a painful separation.

And falling short could well happen again this season. Liverpool are top but it’s only November and this remains a team with glaring defensive deficiencies. Only one clean sheet has been kept in the league and more will be required if the title is to be secured – you can’t always outscore the opposition, as Suárez and co discovered two years ago.

But the way things are going, and with Klopp’s success with Borussia Dortmund in mind, there is genuine reason to believe this Liverpool side will go down in folklore whatever they achieve this season. That this is a side whose attacking principles and collective heart can rank them among the best in the club’s history, and possibly among the best across Europe in the past generation and so.

And imagine if they were to win the title playing this way. Total Football allied to total triumph. We’d never, ever, forget them, then.