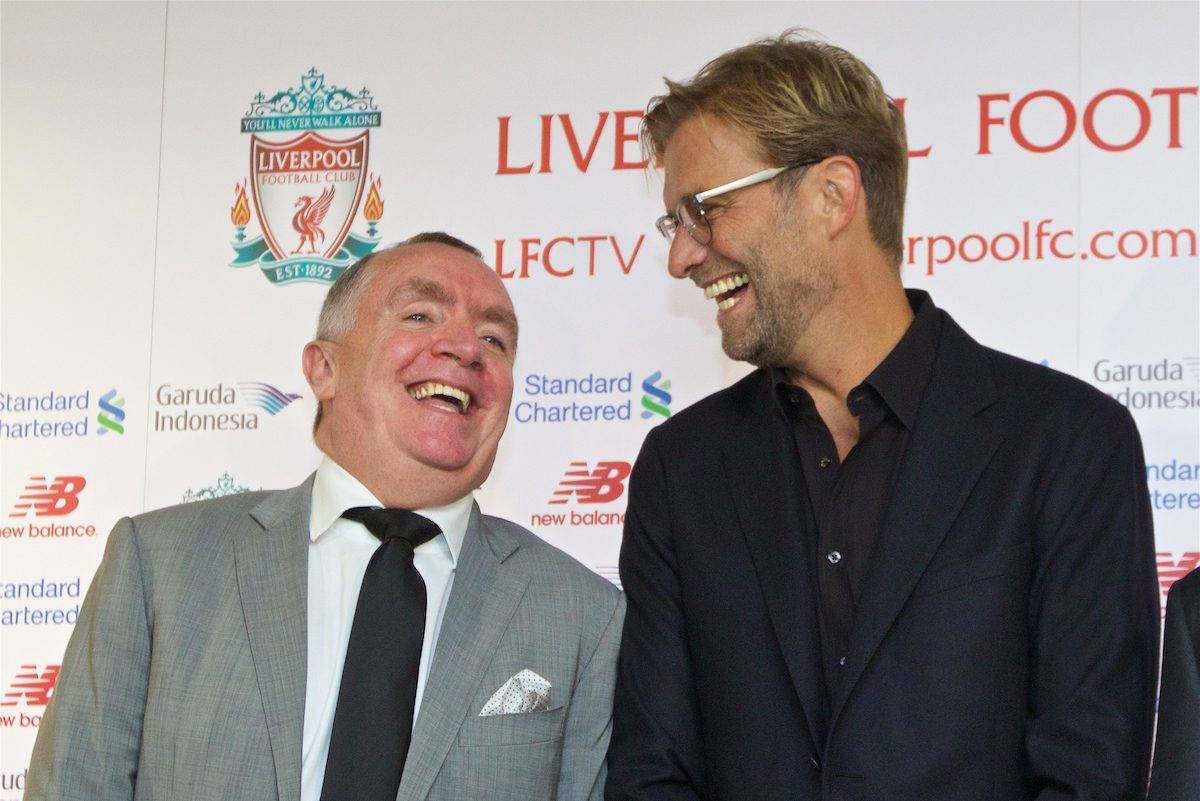 Liverpool CEO Ian Ayre believes the club now have the stability to required to build on potential success, unlike 10 years ago.

Ayre is to depart Merseyside at the end of the season, with the 53-year-old’s next destination to be German side 1860 Munich.

But before he leaves, Ayre will be hoping to witness the Reds achieve success on the pitch, with Jurgen Klopp‘s side well placed to challenge at the top end of the Premier League in 2016/17.

If they do so, either this season or in seasons to come, Ayre feels the necessary change implemented in recent years, both commercially and domestically, will provide a solid platform for growth.

“When I arrived here 10 years ago, there was a lot of criticism around the fact that people felt we hadn’t capitalised upon our success back in the ’70s and ’80s,” he said.

“And as such, we had a bit of catching up to do. You can’t do that catching up without changing things, and change brings a little bit of unrest and business challenges.

“The media attention, the change in digital media, changes in hospitality, retail and other things, they all bring change and a lot of people are fearsome of change.

“Particularly when you are dealing with something so unique and special and with so much heritage as Liverpool.” Ayre has been criticised during his spell as Liverpool’s figurehead, most notably following particular failings in the transfer market, and last season’s ticket pricing controversy.

But he insists that, while mistakes are part of the business, overall Liverpool are in a much better condition than when he joined the club in 2007.

“Sometimes you’ll get things wrong. But that’s life isn’t it? I’d like to meet the people who don’t get something wrong,” he continued.

“And we have a great offering. We have something for everyone both in terms of where you sit, what you eat, what you buy.

“If we can bring success now, on the football pitch, we are really ready for it.

“I would argue that when I first came here 10 years ago, if we had won something at that point in time, we had won the league or whatever, we weren’t ready to capitalise upon that.

“We weren’t ready to deliver everything that everyone would want as a result of winning.

“We wouldn’t be able to grow as a result of winning at that time because we couldn’t take advantage of that.

“And we are now, we are really in great shape.”

Klopp’s side are currently second in the Premier League table, just one point behind leaders Chelsea, and will be hoping to secure their first-ever triumph since the league’s inception.

If that is the case, Ayre believes Liverpool can continue to build and achieve sustainable, long-term glory, with the CEO concluding: “If we can bring success, then the sky’s the limit.”