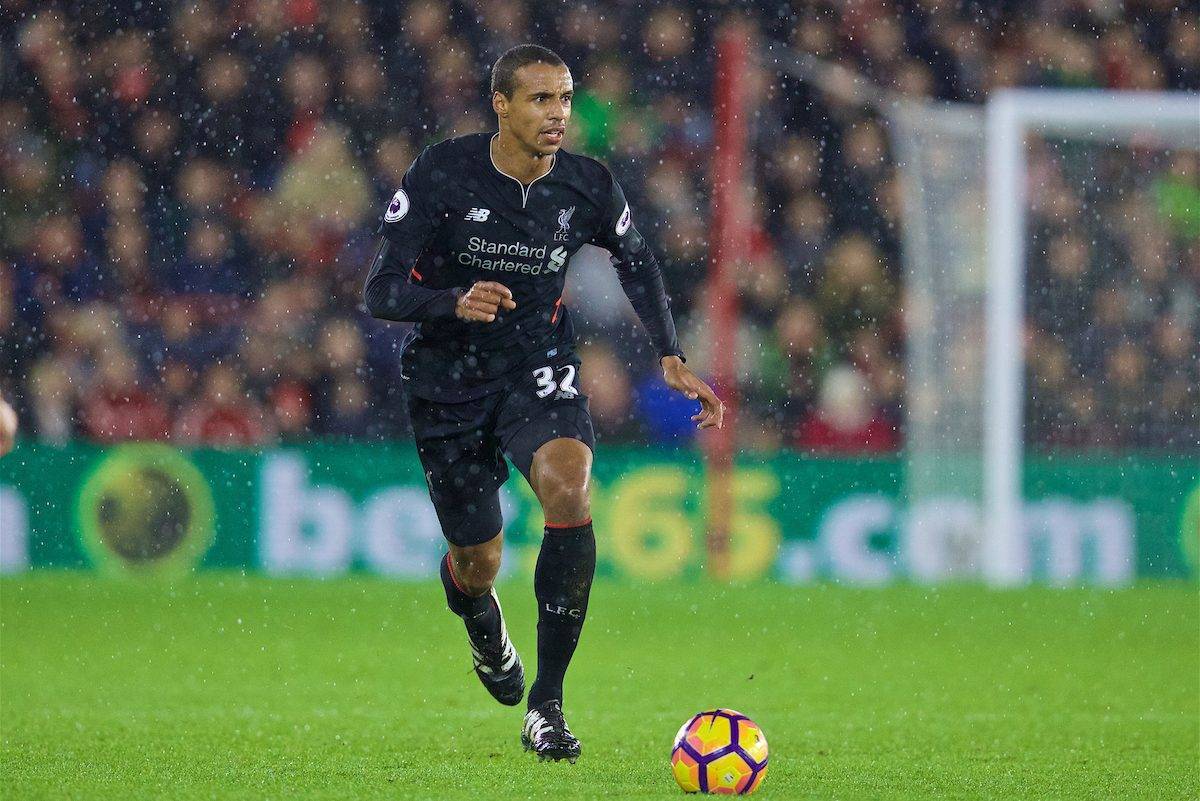 Despite the disappointment of a 0-0 draw, Joel Matip was in excellent form as Liverpool were held by Southampton on Saturday afternoon.

The Reds were dominant throughout at St Mary’s, with the Saints’ siege effort, fuelled by a strong performance from goalkeeper Fraser Forster, keeping Jurgen Klopp‘s side at bay in torrential rain.

Klopp will have been disappointed to not seal victory on the south coast, but Liverpool still left with a point and, crucially, their second clean sheet of the Premier League campaign.

At the heart of this was Matip, and the centre-back was both This is Anfield’s star man and, with supporters providing their ratings after the game, the most popular choice as Man of the Match.

Matip averaged a rating of 8.0, at least 1.1 more than any of his team-mates on the day.

His defensive partner, Dejan Lovren, fared the next best, rated at 6.9, with Loris Karius and Jordan Henderson close behind with 6.5 each.

Full-backs Nathaniel Clyne and James Milner both received a 6.0, while Roberto Firmino fared slightly better, with 6.1, despite missing a gilt-edged chance in the second half.

Sadio Mane (5.9), Georginio Wijnaldum (5.7), Philippe Coutinho (5.5) and Emre Can (5.4) all received lowly ratings, with the latter the least impressive of Klopp’s starting lineup.

Daniel Sturridge, who replaced Can on 78 minutes, arguably should have started in attack, and proved this with his 6.6 display, almost laying on a header for Clyne.

Sturridge’s fellow forward, Divock Origi, was also brought on with minutes left to play, but was given little time to impress, rated at 5.7.

Though Liverpool’s attacking stars created chance after chance, their failure to beat Forster with any of their 15 attempts on goal was a major letdown.

But Matip’s excellent display at the back, limiting Charlie Austin to just one clear attempt on goal, was eye-catching.

The No. 32 has been in fine form throughout the season so far, and looks to be one of the bargains of the summer, and one of Liverpool’s best signings in recent history.