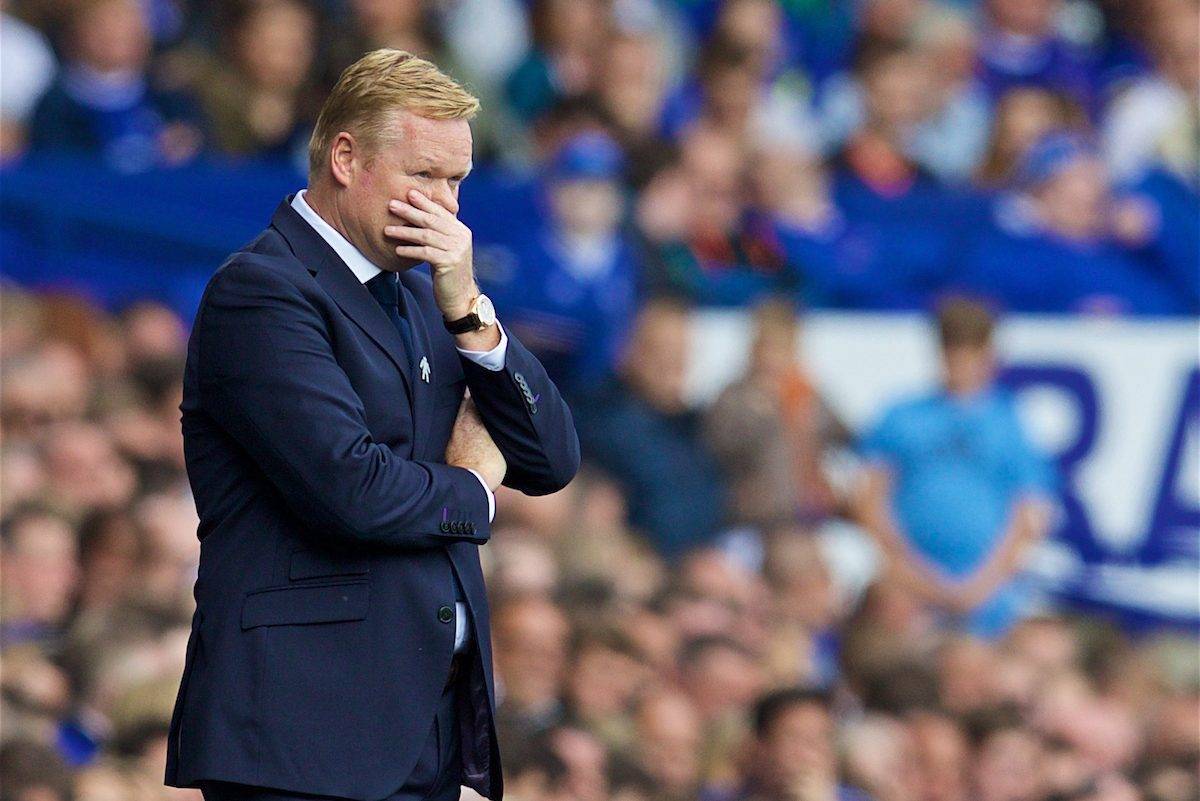 Everton boss Ronald Koeman believes Liverpool have a good chance of sealing Premier League glory in 2016/17 – comments that are sure to rile the blue half of Merseyside.

The Reds went top of the table prior to the current international break, following a 6-1 mauling of Watford at Anfield.

It has been a superb opening 11 games to the season, with the defeat at Burnley the only genuine slip-up of note so far. Eight wins have been recorded, and seven points have been picked up away to Arsenal, Tottenham and Chelsea.

Koeman has been very honest in assessing Liverpool’s title chances, saying they are right in the mix to lift the trophy next May.

“It’s still too early to say who will be the favourites, but I have been impressed by Liverpool so far,” said Koeman, at the opening of the Kick It With Help anti-smoking campaign.

“Maybe that is not what you might expect the Everton manager to say, but they have been playing some very good football and deserve to be at the top. They have goals in their team and this is what all successful sides need.

“Of course they can be champions this season, they have a good chance, but they are not the only contenders.

“My Everton team has played Manchester City and Chelsea in the last few weeks and both were very impressive. We managed to draw at City, but you could see the quality of these teams.

“Then we all know what happened at Chelsea, as we lost 5-0 and they put in a very good performance. It was difficult for us, but you have to be impressed from their side, so maybe they can also have a chance.”

This has the potential to be the most fascinating Premier League title race in history, with several clubs in with a wonderful chance of glory.

Liverpool have been the best team in the country in the first three months of the campaign, but it is still very early days.

For an Everton manager to be talking up their Merseyside rivals’ chances is proof that this Reds team is the real deal, though.

Jurgen Klopp‘s side visit Southampton on Saturday, which will be another big test of their title credentials, especially having had numerous players on international duty.

Three points against Claude Puel’s side would represent another massive result for Liverpool.