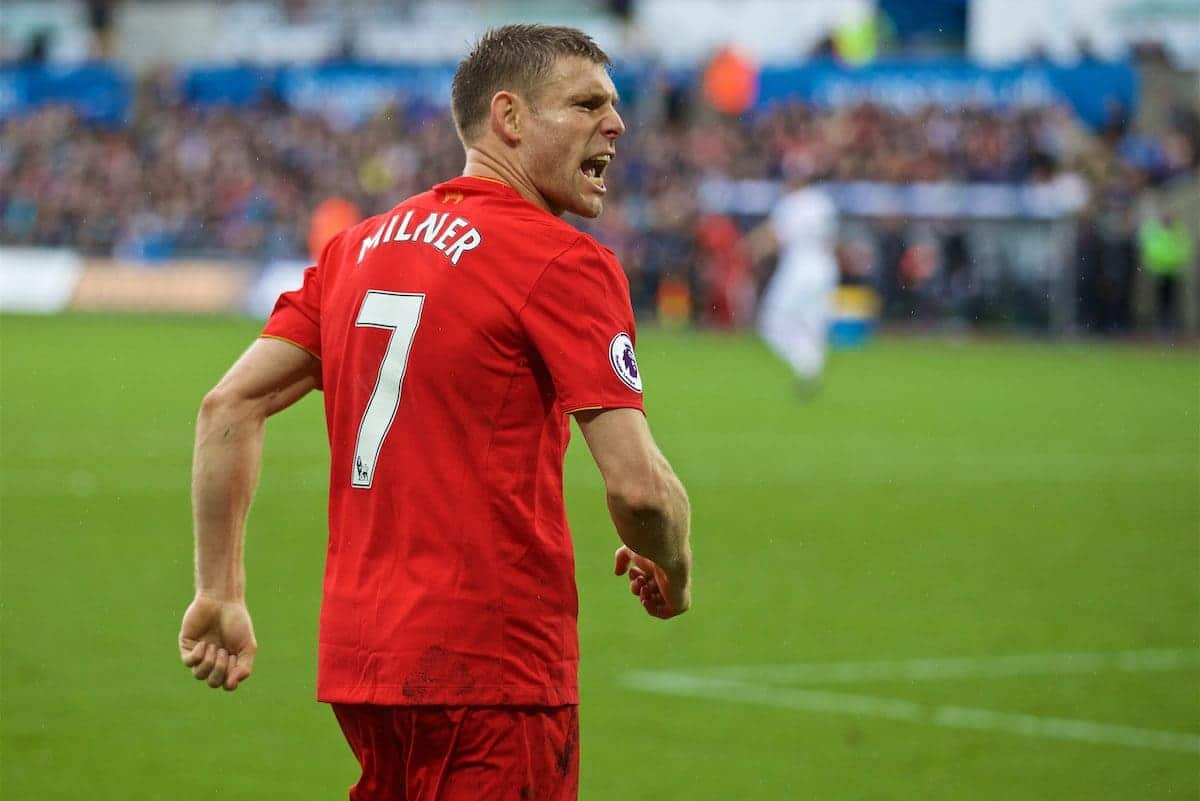 James Milner says it was pleasing to see Liverpool dig deep and beat Sunderland on Saturday, in a win the 30-year-old described as “massive”.

The Reds struggled to hit top gear against a defensive Black Cats side, but rather than drop points as they have in the past, they got over the finish line in gritty style.

The Liverpool vice-captain lauded his side for picking up all three points in a less stylish way than usual, as they moved back to the top of the Premier League – albeit only for a couple of hours.

“[It’s] massive. It’s a different performance to what we’ve had when we’ve scored early and scored a few goals,” Milner told Liverpoolfc.com.

“Everyone was getting frustrated, the crowd as well, and you don’t blame them when teams come and sit back.

“You just have to believe and stay patient and keep doing the right things and don’t start moving away from the gameplan because things aren’t going our way.

“We kept plugging away [and] we were solid at the back, because they’re a handful the two up front.

“They’re a well organised team so it was always going to be a tough game, but we’re delighted to get the three points.”

Milner also stressed the importance of staying patient on a potentially frustrating afternoon, when chances were being missed and tempers were in danger of flaring.

“It is [tough to stay patient] but that’s where the experience comes in and the belief that what we’re doing is the right thing,” he said.

“If you start moving away from the gameplan then people are on different wavelengths, and they [the opponents] start getting into the game and maybe get a foothold in it.

“But that didn’t happen and we kept going, kept patient.”

It is on occasions such as Saturday’s game that the true value of Milner shines through.

The experience and winning mentality he has in his armoury, having won two Premier League titles with Man City, is invaluable, and it rubs off on his teammates.

Too often in the past, Liverpool have grown frustrated at home to lesser teams, but there is an inner belief that they will eventually score these days.

The influence of Jurgen Klopp is a huge reason for that, and the manager’s geeing up of the crowd seemed to give his players an extra gear in the closing stages.