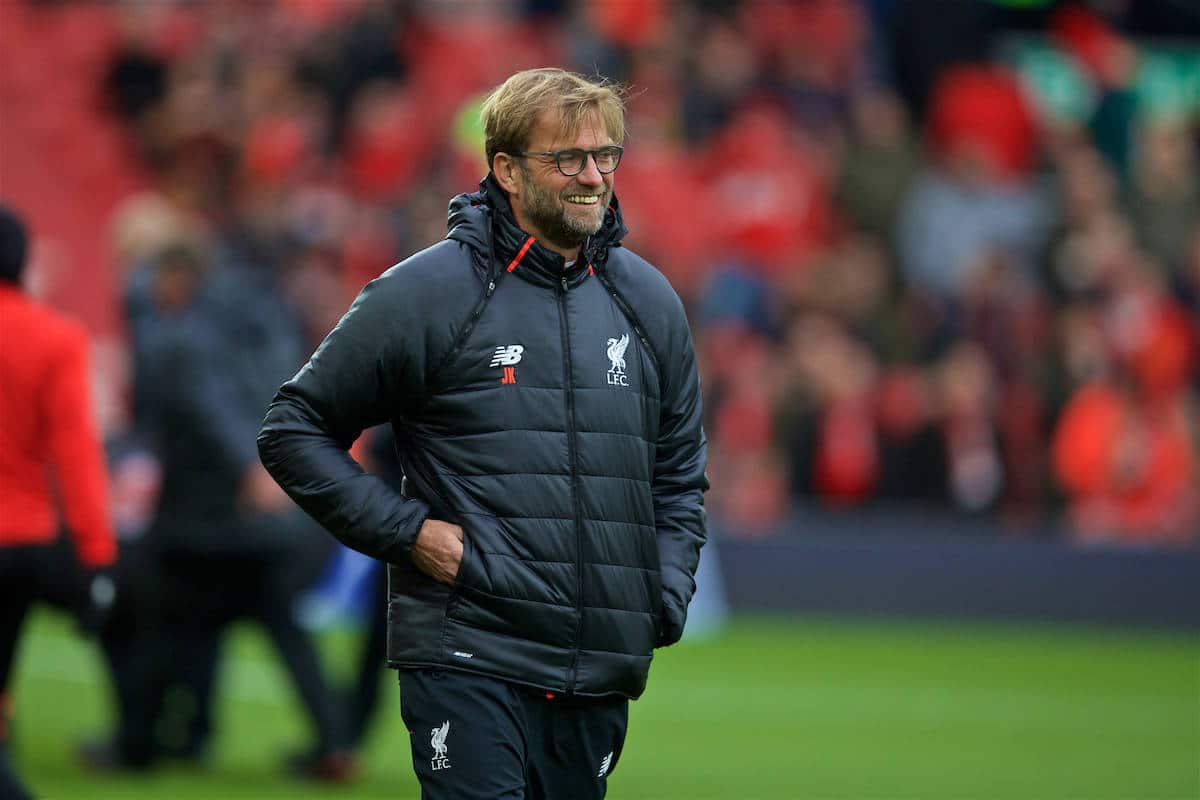 Jurgen Klopp played down the significance of Liverpool being top of the Premier League table following their 6-1 thrashing of Watford.

Daryl Janmaat pulled one back with his first goal for the Hornets but the visitors were well beaten at Anfield.

Speaking about his side’s league position, Klopp told Sky Sports: “It’s better than being 10th, or whatever.”

“It’s very important to collect the points for the finish and for the final third of the season,” he explained.

“We’ve started already collecting points but we need to go on with this and then we will see where we can end.

“I’m really not interested [in talking about the title]. For me it’s more important that we look like a team who is able to win football games.

“On a good day, we are really difficult to play and that’s the most important thing we can say.

“It’s not important in this moment where we can end.

“I know in the past a lot of things happened here and the story two, three years ago when it was really close and everybody compares.