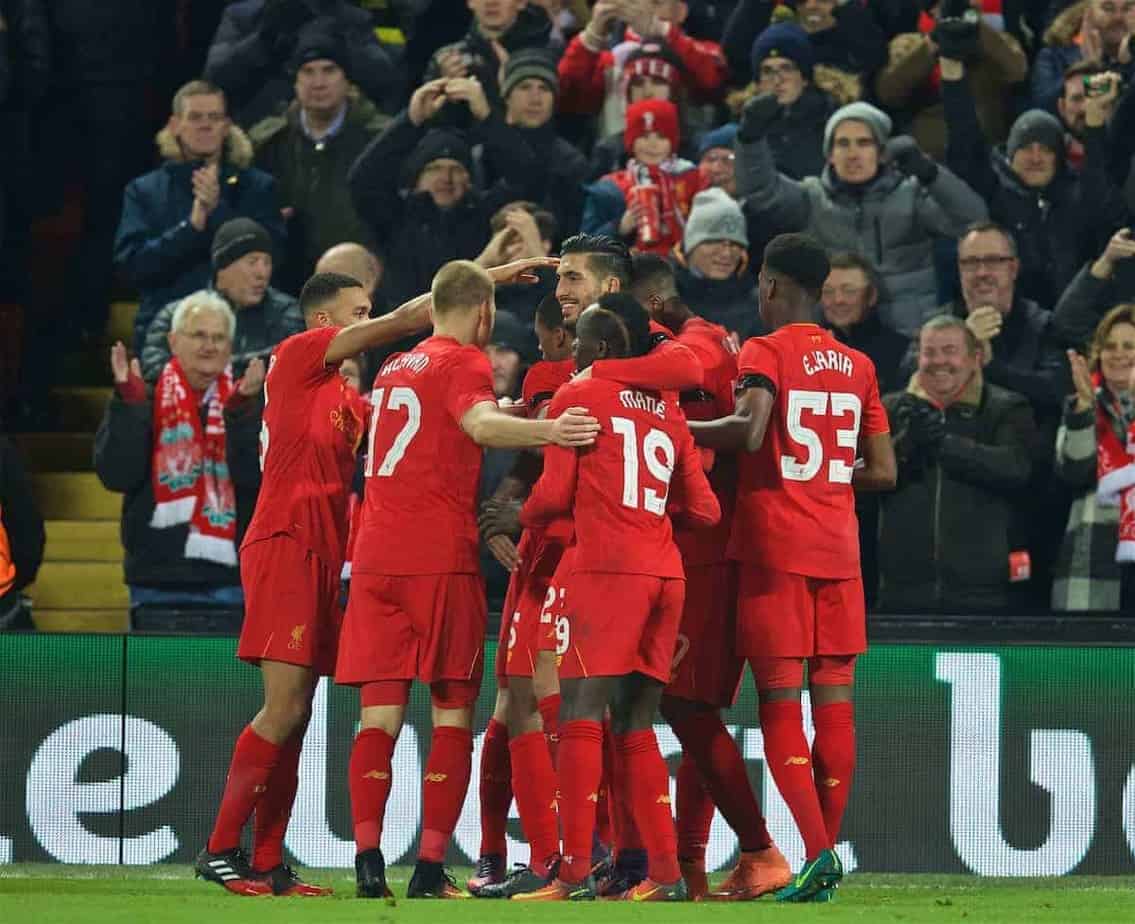 The Liverpool squad took to social media to show after their 2-0 League Cup win over Leeds, with plenty congratulating the Reds’ new youngest ever goalscorer, Ben Woodburn.

Jurgen Klopp’s much-changed side booked their place in the semi-finals of the competition for a record 17th time at Anfield.

Divock Origi converted a fantastic cross from the excellent Trent Alexander-Arnold to put the Reds ahead after 76 minutes, before Woodburn made history.

The 17-year-old broke Michael Owen’s record by firing home a dream first goal in front of the Kop to seal the win.

Though not a vintage performance from Liverpool, Klopp can be pleased with the efforts of his heavily rotated team, who took a step closer to earning a much-coveted first piece of silverware of the German’s tenure.

Here’s how those who earned the victory reacted to a historic night at Anfield across their various social media accounts, including reaction from the star of the game, who shared the moment with fans:

The Reds were clearly pleased with the result having moved into the final four, while many took time to congratulate history-maker, Woodburn.

Praise was also forthcoming from some those not involved on the night, with captain Jordan Henderson leading the congratulations