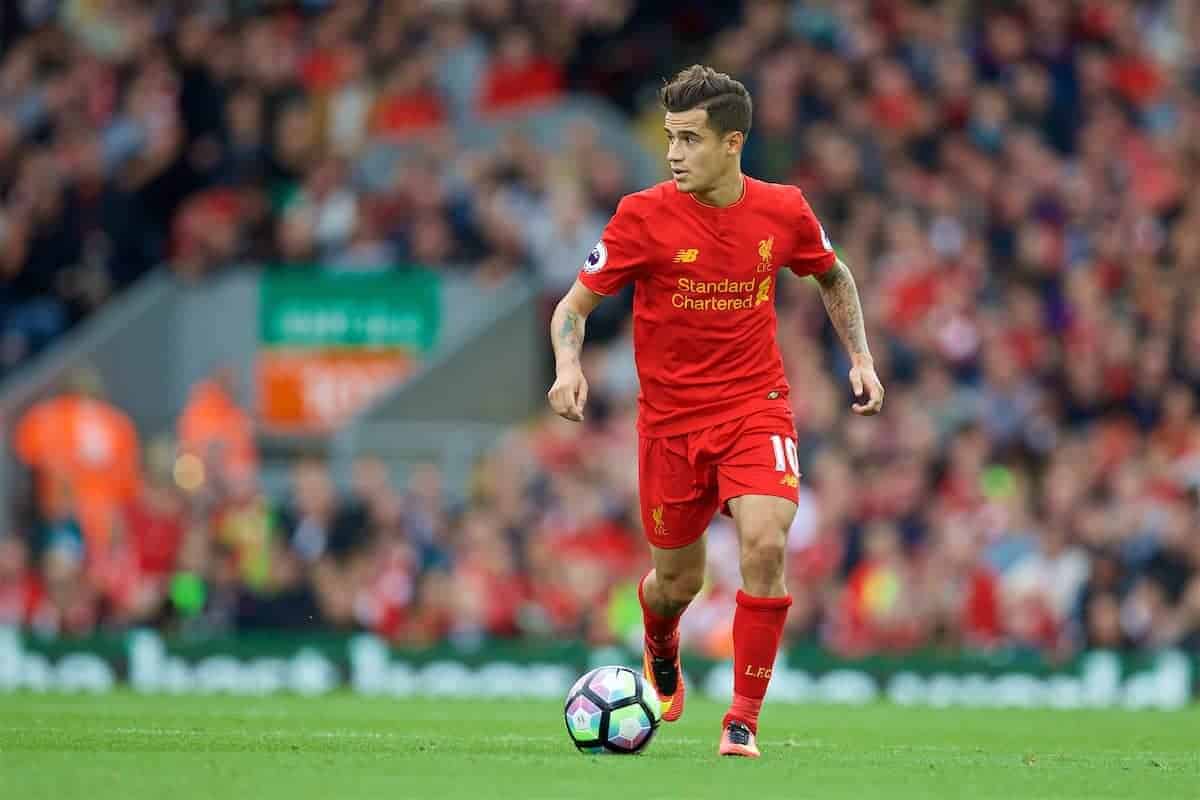 Philippe Coutinho is believed to have undergone a scan on Thursday afternoon, with the playmaker now a doubt for Liverpool’s clash with Southampton.

The Reds travel to the south coast to take on the Saints on Saturday afternoon at St. Mary’s, for their first outing since the international break.

Coutinho started in both of Brazil’s clashes in November, victories over Argentina and Peru, and was flown back on a private jet along with Roberto Firmino on Wednesday.

However, on his arrival on Merseyside, Coutinho is said to have headed to Liverpool’s Spire Hospital, undergoing an MRI scan, leading to speculation over a potential injury.

That is according to the Liverpool Echo, although there are no specifics as to Coutinho’s issue at this stage.

Adam Lallana was also due for a scan on Thursday, having left the field midway through England’s 2-2 friendly draw with Spain on Friday night.

The 28-year-old was expected to miss the clash with his former club, and it now seems that Coutinho will also sit out.

Missing both Lallana and Coutinho is no longer a major problem for Liverpool manager Jurgen Klopp, who is likely to draft in Georginio Wijnaldum and Daniel Sturridge in their place.

Marko Grujic, Ovie Ejaria and Divock Origi are also options for cover, while Sheyi Ojo is on his way back from a back injury.

Firmino didn’t train at Melwood on Thursday, giving the 24-year-old just one day with his team-mates before the trip to Southampton, but he is now likely to start in attack. He could shift to the left flank, with Sturridge operating as Klopp’s No. 9 and Sadio Mane on the right wing, ahead of a midfield of Wijnaldum, Emre Can and Jordan Henderson.

The last time Liverpool took on Southampton at St. Mary’s in the league, in March, Can and Joe Allen took up their places in midfield, behind Lallana, Coutinho, Sturridge and Origi.

That day, the latter duo shone in an enthralling first-half display, before Mane’s introduction for the Saints at half-time saw the Senegalese score twice as Southampton sealed a 3-2 victory.

Klopp will hoping his £30 million man can put his former side to the sword, with Mane’s importance amplified by the loss of Lallana and, potentially, Coutinho.