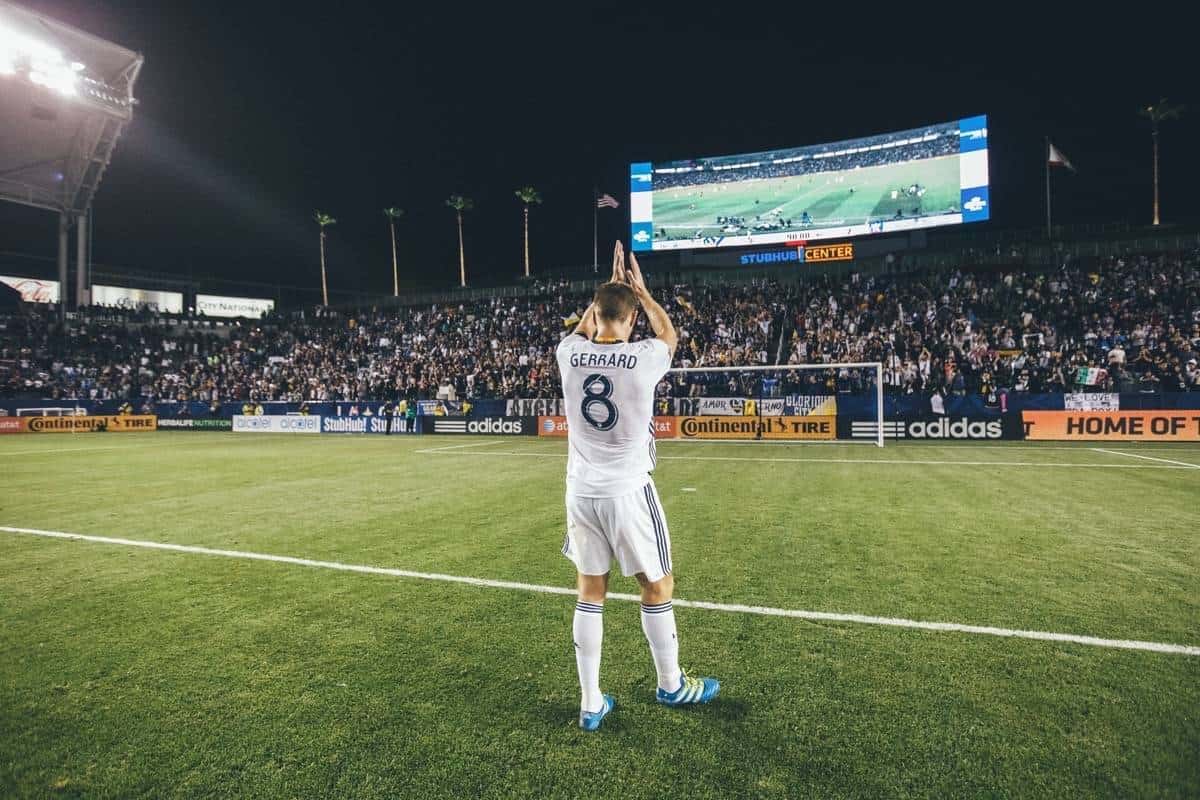 Gerrard joined Galaxy in 2015, and spent 18 months in Los Angeles, but on the announcement of his departure on Tuesday, said he was “very disappointed” not to achieve his goals with the club.

In an open letter to Galaxy supporters, Gerrard insisted that he had “loved every minute.”

“When I left Liverpool, I came to Los Angeles with the goal of helping the LA Galaxy lift another MLS Cup,” he wrote.

“I am very disappointed to have not achieved that objective, but I can look back at my time at the club with pride at what we accomplished, including two straight playoff appearances and countless memorable moments on the pitch.

“I have loved every minute of my time in the States and playing for the LA Galaxy. I am excited to see this league and this great club continue to grow.”

His focus will now turn to his next move, and taking to Instagram, he said: “I am now looking forward to spending time with my family as I consider the next stage of my career.”

Following on from that, Gerrard confirmed in an interview with the Galaxy that he was “going back to England to live.”

“It’s certainly not the end of me, in football terms. I’ve got a lot of things to consider, over the coming weeks and months,” he continued.

“I’m sure I’ll be back involved in the game. I’ve got options on the pitch, off the pitch.

“And everyone’s aware I’ve got a contract with BT Sport to analyse the Premier League and Champions League games that I’ll honour once I’m back.

“But I’ve got a lot of thinking to do over the next two or three weeks, I’m not ready to make a decision or finalise anything that I’m going to be doing moving forward.

“What I will say is I’m going home to spend some time with my family, and basically go over my options.”

Gerrard was reported to have been in talks with Liverpool over a possible return in a coaching capacity, likely at the academy, but it seems he remains undecided.

But having confirmed his departure from Galaxy, he can now take a step back and make his decision.

“We were honoured to have a player and person of Steven’s caliber represent the LA Galaxy over the past two seasons,” said LA Galaxy head coach Bruce Arena.

“His experience, class and leadership made him a valuable member of this team both on and off the field. I will always remember his last kick for the LA Galaxy as he smashed home his penalty against Tim Howard.

“We thank Steven for his time and contributions to this club and we wish him the best in whatever comes next. He is one of the most iconic players of all-time and he will always be a part of the LA Galaxy family.”