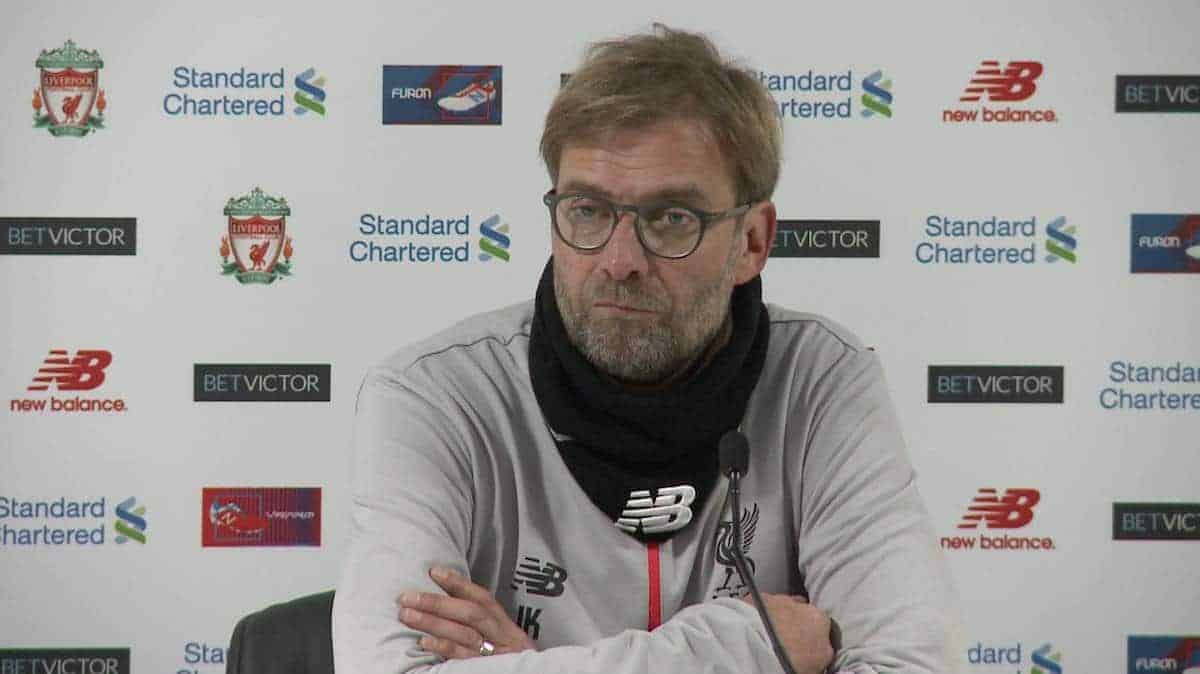 This saw Liverpool’s unbeaten run stretch to 14 games, while their challenge for the Premier League title continued, and Klopp was in a bright mood as he spoke after the final whistle.

The German praised Origi’s impact, while confirming an ankle injury for Philippe Coutinho, as well as possible spells on the sidelines for both Daniel Sturridge and Roberto Firmino.

“Timing is very important and now he’s ready again,” he said of Origi.

“He had a few problems after the summer break, then played nowhere—for Belgium or for us—but today he was switched on from the first second.”

Klopp had described Sunderland as “the most defensive team I have ever played against,” hailing his side’s ability to break down a solid Black Cats back line.

He also explained the importance of the atmosphere at Anfield, saying “it’s a big, big part of the game, a big part of the joy,” and that “it was easier to enjoy the challenge” with the Kop roaring his side on.

Liverpool’s next clash is at home to Championship side Leeds United in the League Cup quarter-finals on Tuesday night.

Klopp is likely to make a number of changes after a tasking encounter on Saturday, but he will be hoping for more of the same from the Reds as they push to make it 15 games without defeat.