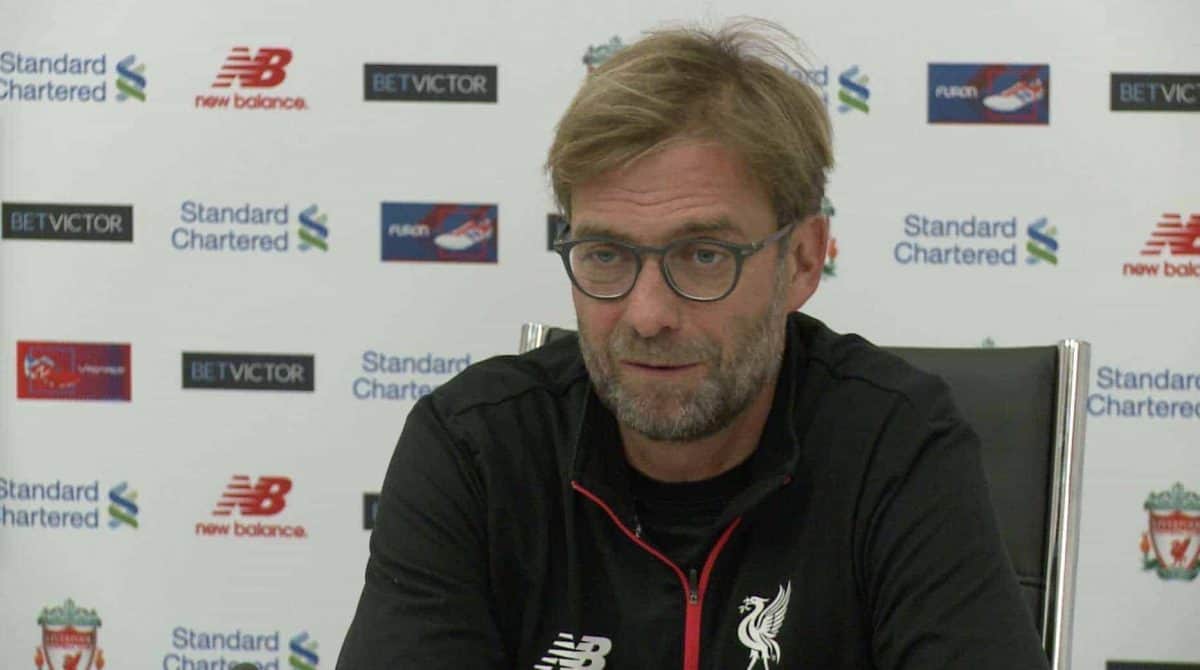 The Reds take on Leeds at Anfield on Tuesday night, with a place in the semi-finals up for grabs, and Klopp will be keen to continue his side’s excellent run with a cup win.

Speaking to reporters on Monday afternoon, the 49-year-old looked ahead to the evening in a positive mood.

Initially, he provided an update on injuries to Philippe Coutinho, Adam Lallana, Roberto Firmino and Daniel Sturridge, with the quartet all not set to feature against Garry Monk’s Leeds.

However, Klopp did admit that Lallana was “close” to returning to full training, with a role against Bournemouth on Sunday afternoon likely.

The German did confirm that Simon Mignolet would start against Leeds, and is due to make further changes throughout his lineup—though he stressed that “we don’t want to rest somebody who doesn’t need a rest.”

After handing Woodburn his debut in Saturday’s 2-0 win at home to Sunderland, Klopp hailed the youngster as “a wonderful boy,” though remained unsure as to whether he would start on Tuesday.

Klopp was also full of praise for his opposite number, Monk, who he believes was “unlucky” to be sacked by his former club, Swansea City.

Looking forward to what he described as a “half derby,” due to Leeds‘ proximity to Huddersfield, home to his close friend David Wagner, Klopp will be highly motivated for a win on Tuesday.

Liverpool could take on any of Hull City, Newcastle United, Arsenal, Southampton, Manchester United and West Ham United if they advance to the semi-finals.