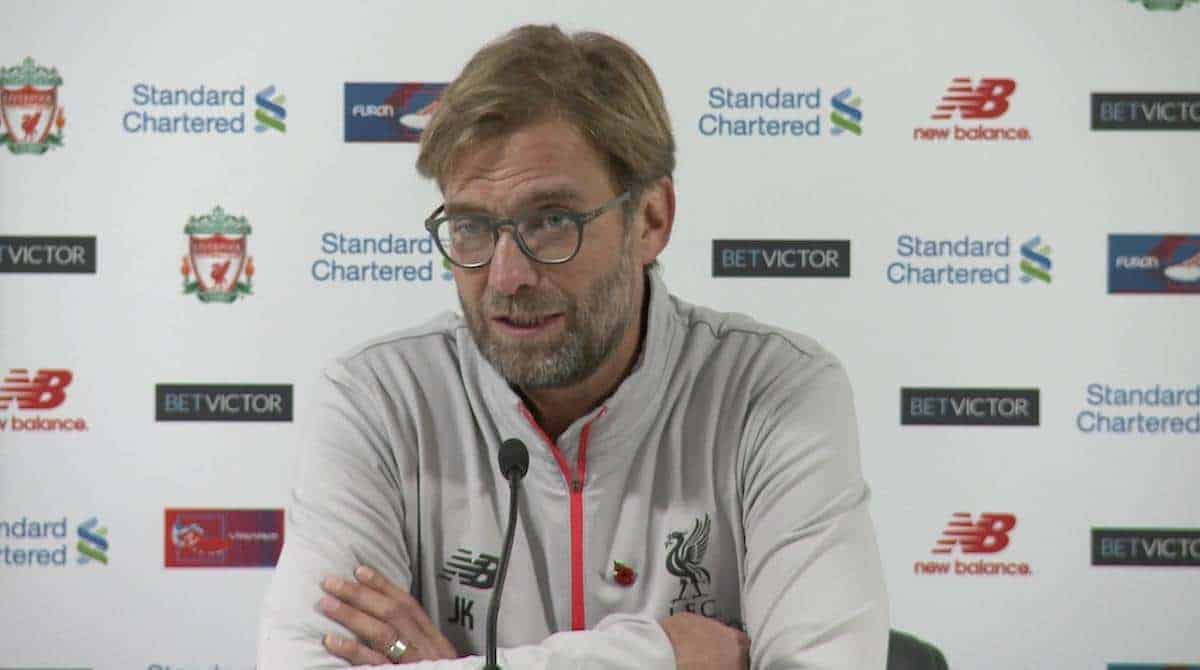 Jurgen Klopp was in a positive mood after Liverpool’s 6-1 victory over Watford on Sunday, but played down any title talk.

The Reds went top of the Premier League as they cruised past Walter Mazzarri’s side, with goals from Philippe Coutinho, Emre Can, Roberto Firmino and Georginio Wijnaldum and a brace from Sadio Mane.

Daryl Janmaat’s second-half strike proved to be the only disappointing moment on a triumphant afternoon at Anfield, and Klopp reflected on his side’s dominance after full-time.

“I’m really happy, it was a good performance. A difficult opponent to play against, usually,” he said.

“It worked out today. The strange thing in this game is we had the biggest chance before the scoring [started].

“The break was better for the opponent than it was for us—you need to stay concentrated. We wasted energy giving balls away easily.

However, Klopp insisted his side could still do better, and following their table-topping show, shot down suggestions of the Reds being favourites to win the title.

“If somebody thinks being one point ahead after 11 matches is a big sign for the rest of the season, I can’t help this person,” he explained.

“When I came here I asked for time, patience and belief, and now after 11 matchdays everyone’s asking for guarantees!”

The German also discussed the competition within his squad, saying Wijnaldum, Alberto Moreno and Ragnar Klavan were all unlucky not to start, while he praised the performance of Loris Karius.

Liverpool now head into the international break having won four games in a row, with their unbeaten run now standing at 12 outings.