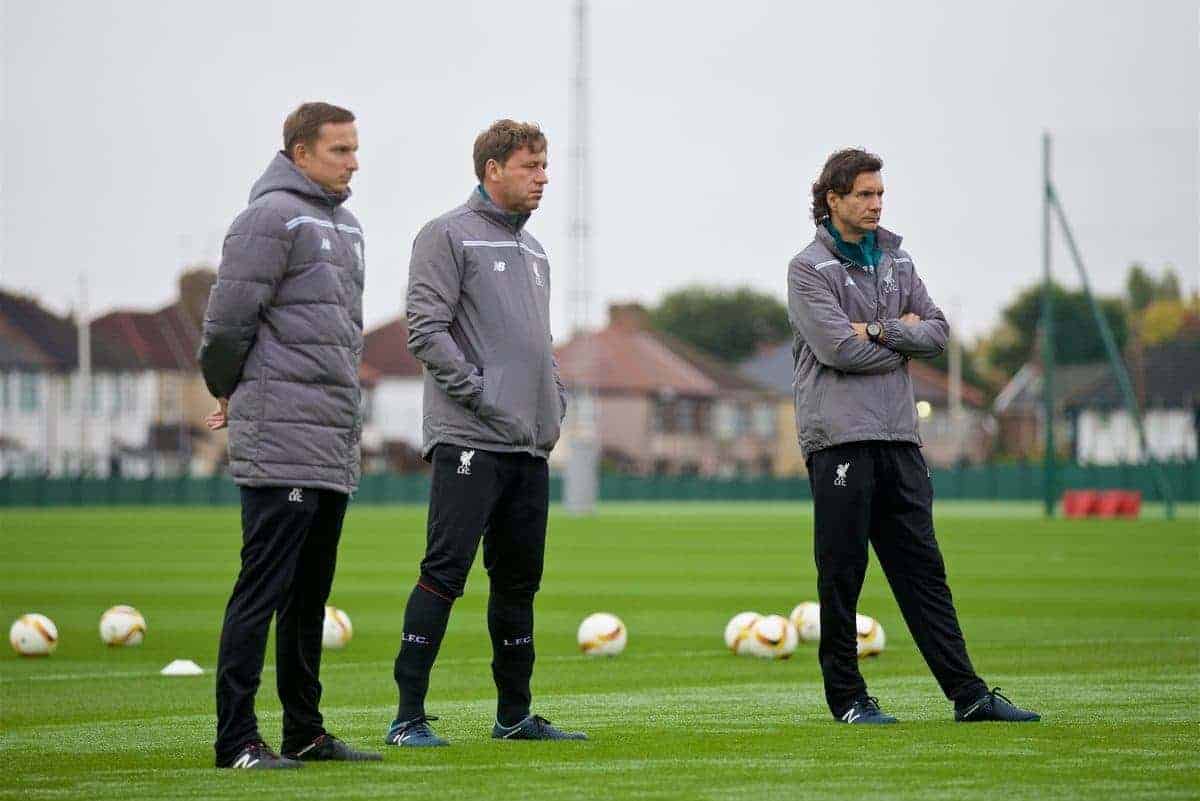 Liverpool assistant coach Peter Krawietz has emphasised the need to have everyone pulling in the same direction if you are to be successful.

Krawietz was a key component of Jurgen Klopp‘s coaching set-up at Borussia Dortmund, working as a video analyst, and he followed his compatriot to Merseyside in October last year along with fellow assistant coach Zeljko Buvac.

Since a new era dawned on Liverpool, huge improvements have been made on and off the pitch, with a strong team ethic flowing throughout the club.

Krawietz believes this is essential if the Reds want to win trophies, during what is hopefully the start of a new era for the Reds.

“We’ve tried to create an atmosphere among the squad which is always really competitive. As a team we know that the only way we can reach anywhere is by working together,” Krawietz told the Liverpool FC magazine.

“We try to ‘live’ this in our coaching team, to be a good example of how you can all work effectively as a group. Six, eight or 10 of us will always see more than just one or two. We can have more ideas if we all work together, discuss and find the best solutions.

“We try to show the players the same too. For them it’s really important. ‘TEAM: Together Everyone Achieves More’ – that’s what we always stress to them.

“It’s an essential attitude because we aren’t playing tennis, we’re not playing an individual sport – we are playing football as a team.”

Krawietz also discussed the current performances of Liverpool, who reached the top of the Premier League table on Sunday, following their 6-1 win at home to Watford.

The 44-year-old says the search for perfection is ongoing, especially as opponents will grow more accustomed to Klopp’s playing style.

“We’ve had some good results in the first few months but you can always do better. If you look at the details after each game you will get ideas about how you can do things in a better way,” he added.

“You can imagine how it [the performance] could be perfect and we never tire of trying to improve and be better.

“I think that has to be your approach because as much as you learn, opponents learn about you too. They will adapt and we have to do the same.”

For all the brilliance of Klopp, and deserved plaudits that come his way, the influence of Krawietz, Buvac and the rest of his coaching team should not go unnoticed.

As This is Anfield’s Jack Lusby wrote last year, “Where Klopp is the mouth and Buvac is the brain, Krawietz is the eye.”

Everyone brings key attributes to the table, and the results are already evident at Anfield in the 13 months that they have been there.