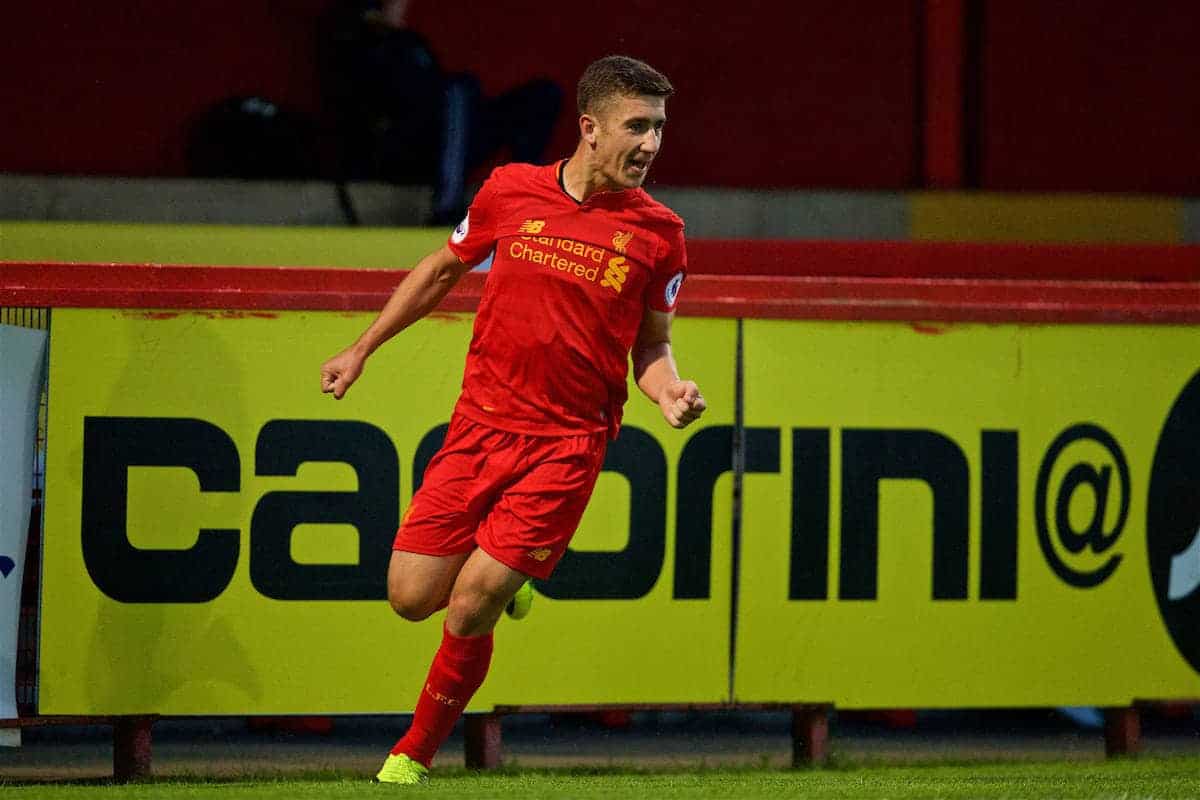 Cameron Brannagan was among the goals as a full-strength Liverpool U23s side beat Chester 2-1 in an away friendly on Tuesday afternoon.

The Young Reds took to the Lookers Vauxhall Stadium in Chester, for their penultimate outing of 2016, and their last game before Christmas.

Stepping in following the departure of Michael Beale to Sao Paulo, Mike Garrity named a strong starting lineup against the National League side, including Joe Gomez and Sheyi Ojo.

The 19-year-olds continued their recovery from injury, while the likes of Trent Alexander-Arnold, Ovie Ejaria and Ben Woodburn also featured.

Shamal George took his place in goal, behind a back four of Alexander-Arnold, Gomez, Mamadou Sakho and Juanma, with Brannagan and Ejaria joined by Kevin Stewart in midfield.

With Woodburn operating up front, Ojo and Harry Wilson provided support as the U23s looked to build on a 5-1 win over Hangzhou Greentown FC on December 16.

Despite some promising moments in the opening stages, with Wilson and Ojo both going close twice, the tie was held at 0-0 at half-time, with Garrity requiring an injection of quality.

It was Chester who broke the deadlock after the interval, though, with Tomi Adeloye heading past George on 55 minutes. The home side’s lead lasted just 10 minutes, however, with Ojo fouled in the penalty area and Wilson stepping up to convert and notch yet another goal for the U23s.

The Wales international trained with Jurgen Klopp‘s first team in the buildup to Monday night’s Merseyside derby, and will no doubt stay on the manager’s radar if his strong performances continue.

Within nine minutes, Brannagan had made it 2-1, curling an excellent effort past Liam Roberts to seal the victory.

It proved to be another positive runout for the Young Reds, and particularly for Gomez and Ojo, who will be targeting a return to the first-team fold in the coming months.

Another bonus came with the inclusion of Jack Dunn on the substitutes’ bench, after the striker’s disappointing end to a spell on loan with Morecambe in November.

The U23s are next in action on December 30, when they take on Wigan Athletic in a lunchtime friendly.