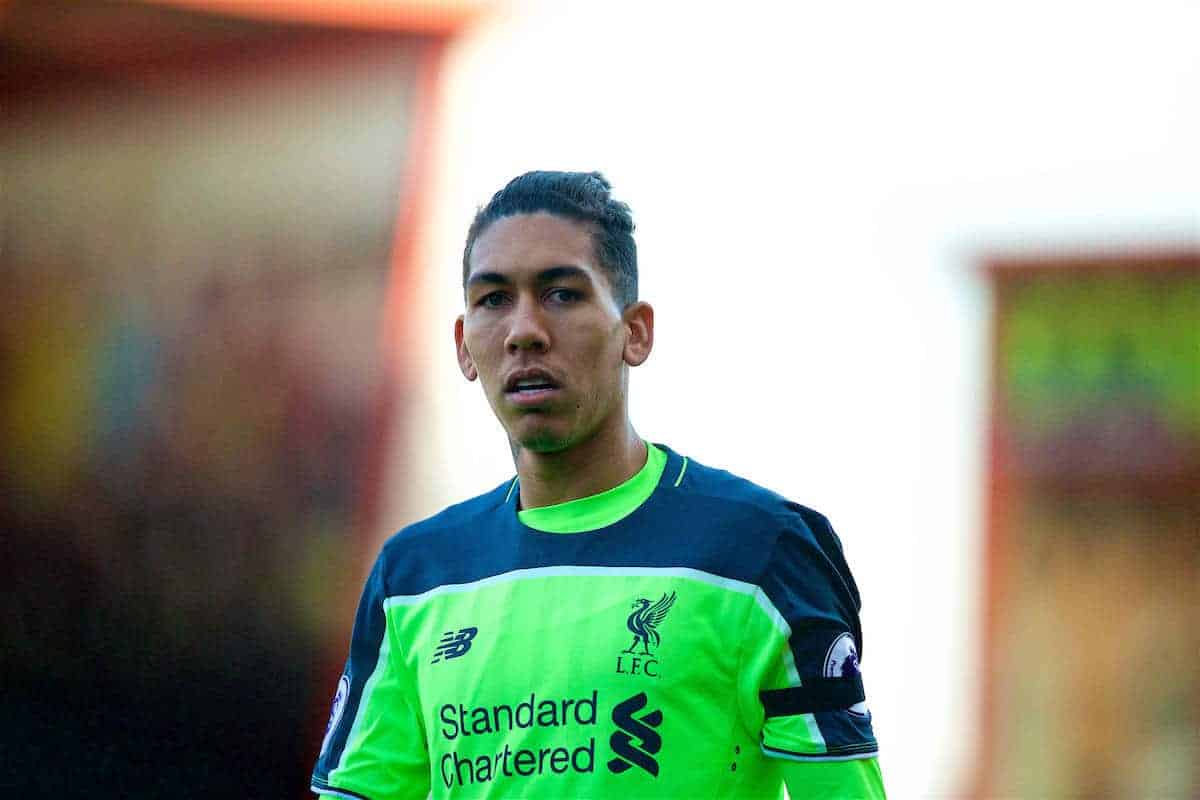 Jurgen Klopp has named Roberto Firmino in his starting lineup to take on Stoke City, despite the Brazilian’s recent off-field transgression.

The Reds welcome Stoke to Anfield on Tuesday evening, for their first outing since Christmas, as they look to keep up with Chelsea, Manchester City and Arsenal in the Premier League title race.

All three won their Boxing Day fixtures, but Liverpool can cut the gap between them and leaders Chelsea to six points with victory over Mark Hughes’ Potters.

In his search of another win, Klopp has named an unchanged lineup to that which sealed a 1-0 win over Everton last time out, with Firmino retained despite his arrest for drink-driving on Christmas Eve.

Simon Mignolet holds his place ahead of Loris Karius in goal, with the Belgian keeping back-to-back clean sheets since his return to the fold.

In midfield, Jordan Henderson is joined by Georginio Wijnaldum and Adam Lallana, with Emre Can remaining on the bench as Klopp’s options improve this winter.

But with Philippe Coutinho still out, Sadio Mane and Divock Origi support Firmino in attack.

Joining Karius and Can on the bench are Lucas Leiva, Alberto Moreno, Ovie Ejaria, Ben Woodburn and Daniel Sturridge.

Hughes has named three ex-Reds in his Stoke lineup, with Glen Johnson, Joe Allen and Peter Crouch all starting, while Charlie Adam is among the travelling substitutes.

Liverpool vs. Stoke is being shown live on Sky Sports 1 in the UK, which is available to stream live with a NOW TV day pass.