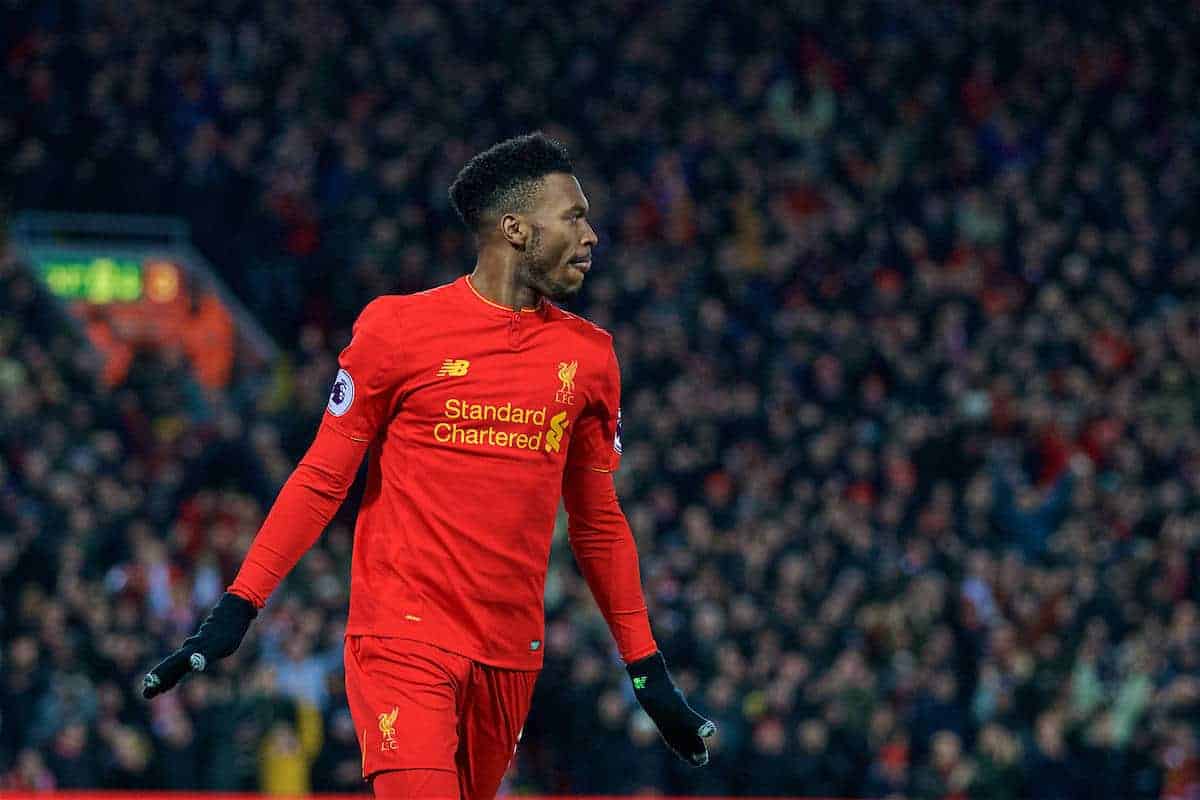 Daniel Sturridge has played down rumours about him being unhappy at Liverpool, following his first Premier League goal of the season against Stoke City.

The Reds stormed to a 4-1 win against the Potters at Anfield, as they returned to within six points of Chelsea at the top of the table.

Sturridge found the net almost immediately after being introduced in the second half, rounding Lee Grant before finishing in typically calm fashion.

It was the 27-year-old’s first league goal since Liverpool’s 2-2 draw at home to Newcastle in April, following a frustrating first half of the season.

Sturridge has often found himself on the substitutes’ bench, and it is only in the League Cup where he has come alive, scoring four goals.

Despite not being a regular under Jurgen Klopp, Sturridge is happy with life on Merseyside, playing down any reports of unhappiness.

“The most important thing is that I keep my mindset as positive as possible,” Sturridge told Sky Sports.

“It’s a team game at the end of the day—everyone is going to be needed in the squad. I’ve not had any issues or problems within the camp.

“I’m enjoying my football and when I get my minutes I focus myself, and if I’m not in the team I stay positive and give my input when I can.” The Reds striker also discussed his side’s crucial win over Stoke, praising their mental strength after Jonathan Walters had given the visitors the lead.

“[We were] very resilient,” he added.

“We never give up, we keep going throughout the game and we know that the hard work is going to pay off at some point. That’s the most important thing for us.

“It’s nice to play and score goals. It’s important that the team keeps going and puts the pressure on.”

Sturridge has now produced two very promising cameos in succession, having also made a noticeable difference late on at Everton last week.

Although he will struggle to feature as prominently as he would like between now and May, he still has a huge role to play in Liverpool’s title challenge.

In terms of natural ability, he is one of the Reds’ top players, and his world-class finishing could be vital at key moments.