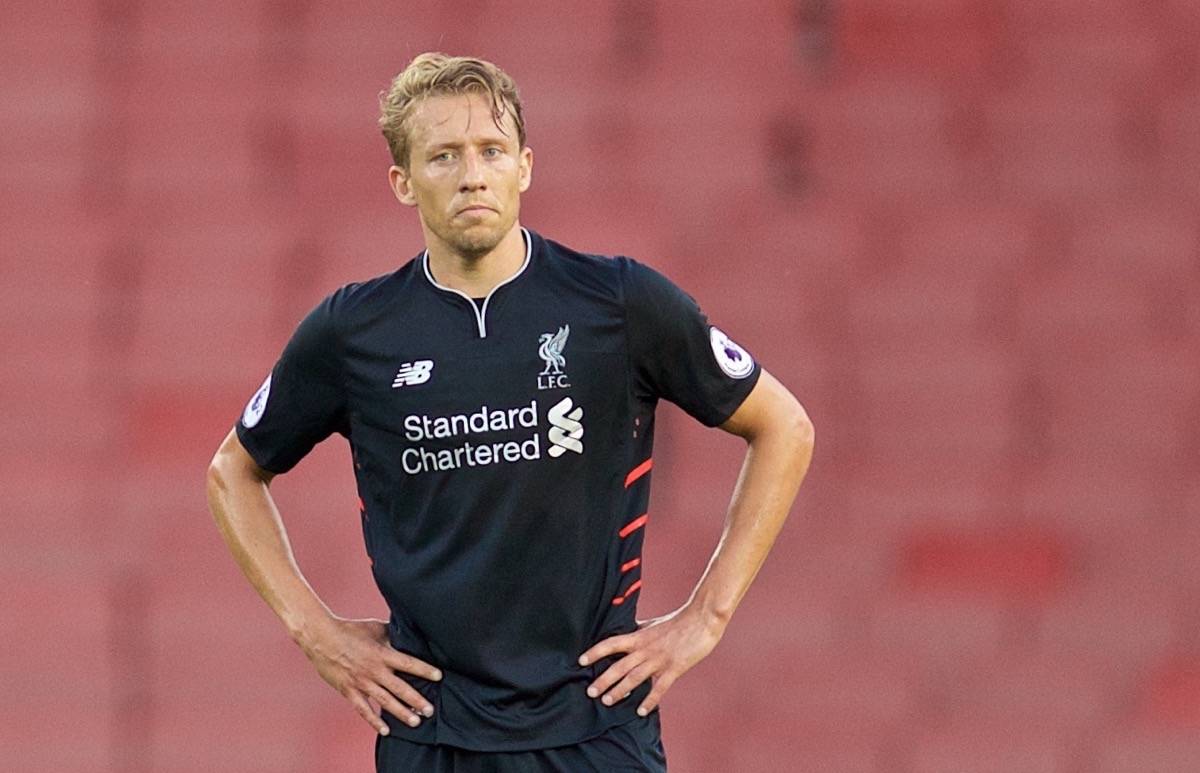 Jurgen Klopp would not be drawn on whether Lucas Leiva was set to leave Liverpool when asked about Inter Milan’s reported interest.

The Serie A club are believed to be preparing a loan offer for the Brazilian for the second half of the season, with the Reds willing to part ways with their long-serving stalwart.

Lucas has started in just six of his 11 appearances for Liverpool this season, playing 291 minutes of football in the Premier League.

Though he is in his 10th year with the club, marking an admirable commitment to the cause, Lucas’ dwindling prospects make a move to the San Siro seem likely in 2017.

But, as can be expected, when questioned as to Lucas’ future after Liverpool’s 4-1 victory over Stoke City on Tuesday evening, Klopp remained tightlipped.

“That’s how we do it, always, with speculation,” he told BBC Sport at Anfield.

“We speak about it then there is no speculation any more. Nothing to say about this.”

Klopp’s comments are typical of his approach regarding transfers since his appointment as manager in October of last year.

However, the fact the German failed to deny advances from Inter suggests Lucas could soon be on his way.

Klopp is said to have been hugely impressed by the performances of 19-year-old centre-back Joe Gomez since his return from a long-term ACL injury.

The former Charlton Athletic defender has been turning out for the Liverpool U23s since his comeback, but has trained alongside Klopp’s first-team squad at Melwood.

With Lucas largely being deployed at the heart of defence when called upon this season, Gomez could serve as his replacement in 2017.

Joel Matip and Dejan Lovren are Klopp’s first-choice centre-backs, while Ragnar Klavan has moved ahead of Lucas in the pecking order, leading to his lack of opportunities.

Lucas has been dogged with injuries in recent years, sapping his mobility and making him a poor fit for Klopp’s high-tempo system, but the 49-year-old has remained a staunch backer of his talents.

But with Inter calling, Lucas’ time on Merseyside seems to be drawing to a close, though with Liverpool set to challenge for the title this season, it comes at a bitter juncture.