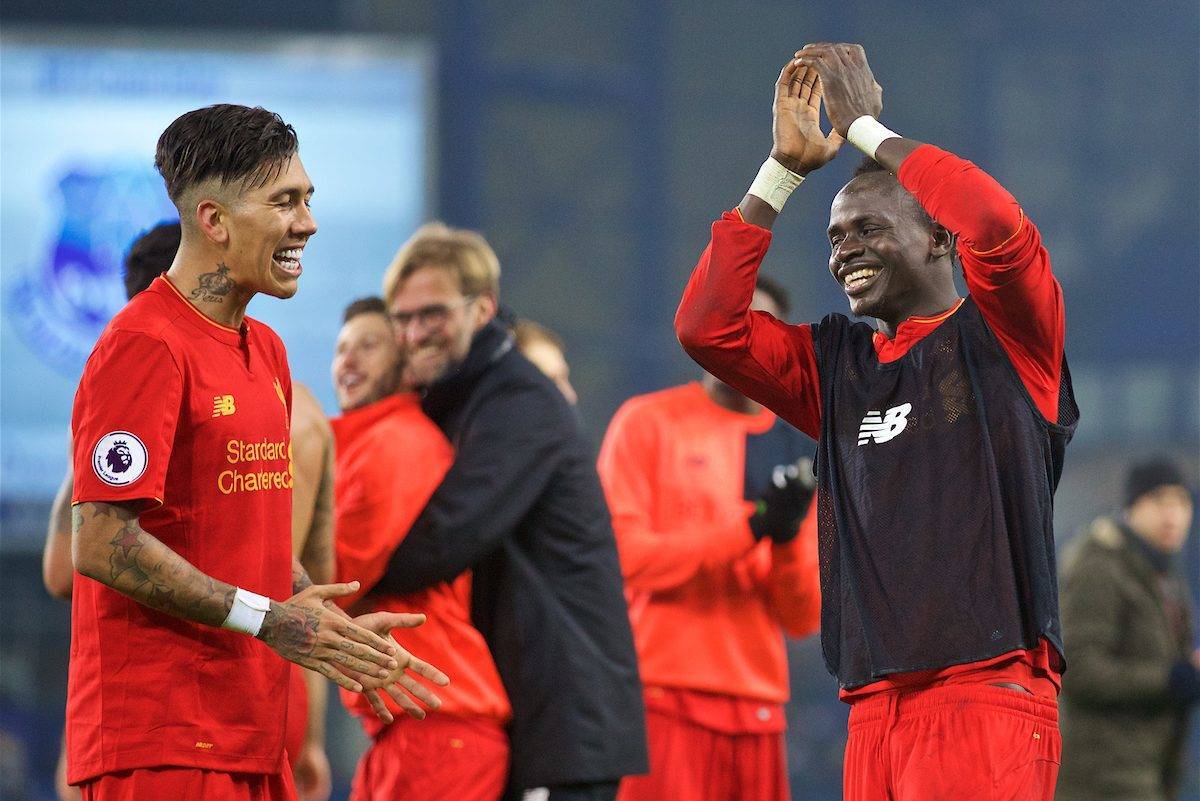 This is an excellent position – despite trailing Chelsea by six points – with the Reds occupying Champions League qualification spots but more importantly, entrenched in the title race.

It is also a tally that Liverpool have bettered in only two previous Premier League campaigns.

Indeed, only Roy Evans’ entertainers in 1996, who took 38 points from 19 pre-Christmas games, and Rafa Benitez’s leaders in 2008, who collected the highest modern era pre-festive total of 39 from 18 games, have eclipsed that produced by Klopp’s side.

However, Klopp’s 37 points from just 17 games has seen 2.17 points per-game won, which betters Evans’ 2 per-match and shades Benitez’s 2.16 – making the German’s return the most prolific of any Liverpool Premier League boss.

Fitting then, that this is the Reds’ best tally since 2008, and when compared to the last five seasons, it shows the scale of the progress Klopp has overseen.

As shown, Klopp has presided over a huge improvement from his first Christmas when just two months into the job.

Last year, the Reds languished in 9th place after a dire 3-0 loss at Watford, boasting just 24 points from 17 games – five fewer than fourth-placed Tottenham – and a minus two goal difference.

A year on, Liverpool have claimed 13 more points with five more wins to their name, having scored a huge 21 more goals.

Remarkably, last Christmas’ tally of 24 points was actually an improvement on that of 12 months earlier.

Indeed, Christmas 2014 was one of the worst ever, Liverpool sitting smack-bang in the middle of the table with 22 points from 17 matches – the joint-lowest Christmas return in a Premier League season.

This dreadful tally was made more disappointing as it brutally displayed Liverpool’s on-pitch decline from 12 months earlier, when belief around Anfield was at a similar level to present.

Then, the Reds produced one of their best points hauls by Christmas 2013 under Brendan Rodgers.

A 3-1 win over Cardiff four days before Father Christmas’ visit took the rampant Reds to top of the tree above Arsenal, with 36 points from 17 games, earned with 11 wins and three draws.

That Klopp’s side have beaten an excellent tally from Rodgers’ men – even if only by a point – illustrates how strongly they have performed so far.

It is interesting that Rodgers, like Klopp, also oversaw a rapid upturn from his first to second Christmas.

Rodgers’ side sat eighth with 25 points after 18 fixtures at his first festive period, but the Northern Irishman earned 11 points more in a game fewer the following year.

Rodgers’ first total was inferior to Kenny Dalglish’s in 2011, when Liverpool accumulated 30 points from 17 games, taking them to sixth.

This was a modest return from Dalglish’s team, but one that came primarily from a strong start with Liverpool in patchy form come Christmas.

The Reds’ recent unimpressive Christmas standings – in all but one campaign – illustrate how well Klopp’s side have done so far.

The contrast in positions especially from a year ago to now is a testament to the improvement conducted by Klopp and his team.

The boss and his players won’t wake up on Christmas day sitting top of the pile, but this could prove a blessing with previous struggles in maintaining the pace post-Christmas.

Indeed, each time Liverpool have held the Premier League‘s top spot on December 25th, they’ve been unable to command the same position come May.

This could work in Liverpool’s favour, able to plug away in the background while leaving Chelsea to deal with the pressure and the spotlight.

Though not title favourites from this current placing, Klopp can feel optimistic for the rest of the campaign having posted one of Liverpool’s best pre-Christmas records.