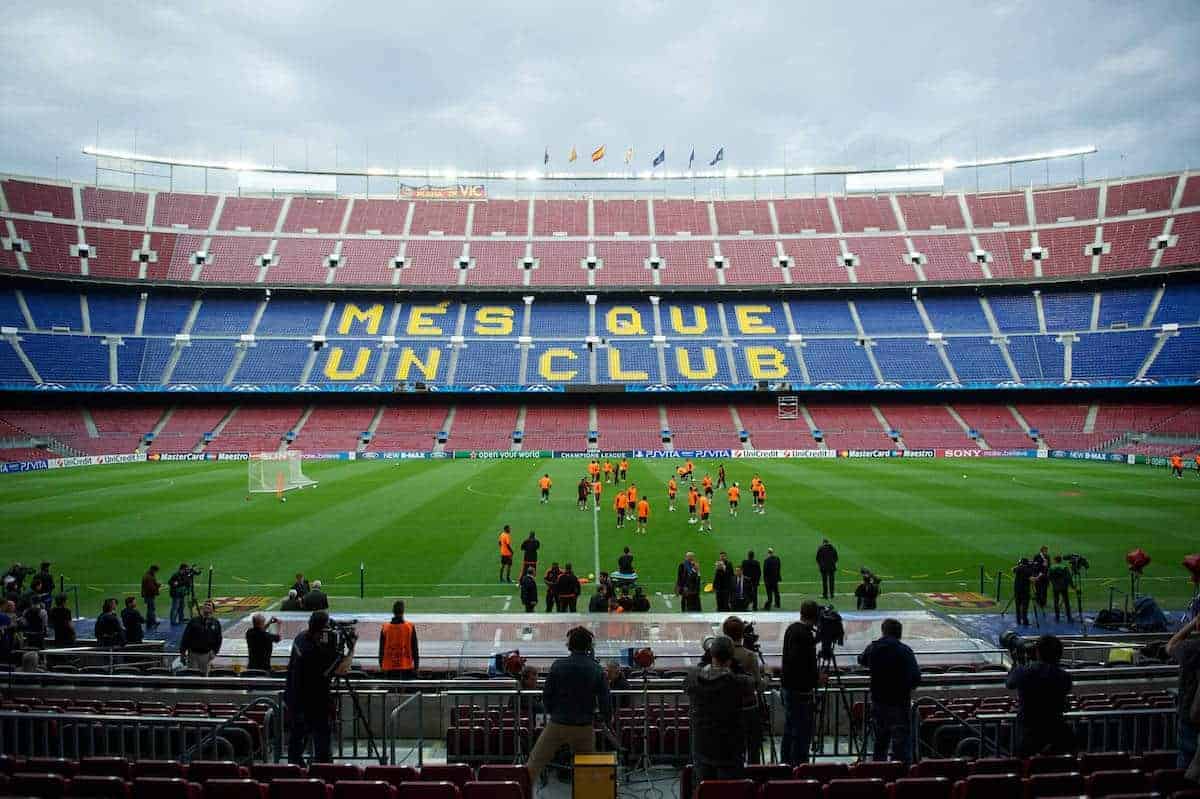 Jurgen Klopp and his Liverpool players headed to Camp Nou on Tuesday evening, as part of their team bonding trip to Spain.

Following their 4-3 loss to Bournemouth at the weekend, the Reds’ first-team squad are spending two days in Barcelona, having flown to Catalonia on Sunday evening.

Among those travelling was Joe Gomez, with the young centre-back missing Tuesday’s U23s draw with West Brom‘s U23s in the process.

Daniel Sturridge did not make the trip, however, remaining on Merseyside to recover from his current calf injury.

As part of their trip, Klopp and his players watched Barcelona take on Borussia Monchengladbach on Tuesday, in the final game of the Champions League group stages.

? Jürgen Klopp and the @LFC squad are at Camp Nou to see #FCBBorussia in the #UCL #FCBlive pic.twitter.com/bUmhhPr6Kk

The Blaugrana romped to a 4-0 victory over their Bundesliga opponents, with Lionel Messi opening the scoring and Arda Turan notching a hat-trick.

There was no appearance from former Reds favourite Luis Suarez, with the Uruguayan rested for what was essentially a dead rubber of a contest.

Potential future team-mate Mahmoud Dahoud – a long-term Liverpool transfer target – was in midfield for the visitors, but he was subbed off on the hour.

Hopefully this will have given the players a taste for the Champions League and fingers crossed they will be competing in it next season.

Liverpool’s squad will return to England on Wednesday, where they will continue their preparation for Sunday’s Premier League clash at home to West Ham.

A response is needed following the disappointment of the Bournemouth game, and the hope is that this short trip will have helped boost morale.